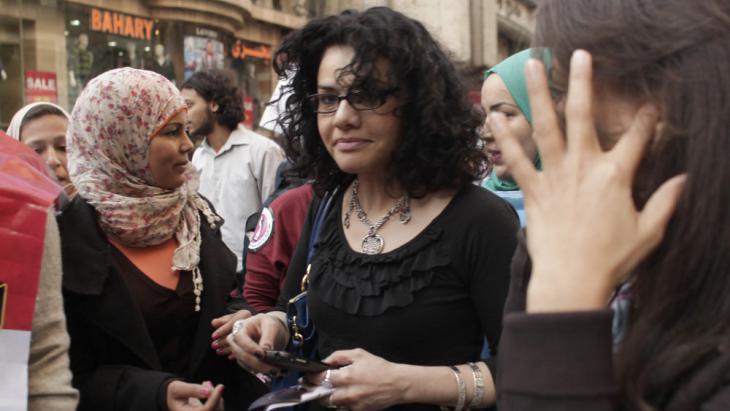 Mona Eltahawy: "Why do you hate us so?"
The Middle East needs a sexual revolution

As long as there is no true revolution, women in Islamic countries will remain second-class citizens, believes the controversial Egyptian journalist Mona Eltahawy. Claudia Kramatschek introduces her recent book

Women's freedom can be used as a yardstick for the extent to which freedom is realized in any society: freedom always means freedom for all, no matter whether male or female. So it was encouraging when increasing numbers of women began to show their colours during the Arabellion. And it is equally discouraging to watch the speed with which women's rights have since been dismantled in the very countries where the long-suppressed cry for freedom rang out at last.

Two years ago in her book "Sex and the Citadel", the British-Egyptian journalist Shereen El Feki emphasized that political revolution must be accompanied by social revolution – which is ultimately tantamount to a sexual revolution. Also originally from Egypt, Mona Eltahawy goes one step further in her polemical book "Headscarves and Hymens", now available in German translation under the title: "Warum hasst Ihr uns?" (Why Do You Hate Us?). The US journalist makes an audacious claim: that the Middle East needs a sexual revolution because only a sexual revolution enables the freedom for women that in turn guarantees these countries the full freedom they long for.

The book is strong stuff, from the very first page: "There is no sugar-coating it," Mona Eltahawy begins her exploration of the fundamental misogyny she sees in the Arab world. "We Arab women live in a culture that is fundamentally hostile to us, enforced by men's contempt. They don't hate us because of our freedoms, as the tired post-9/11 American cliché had it. We have no freedoms because they hate us." 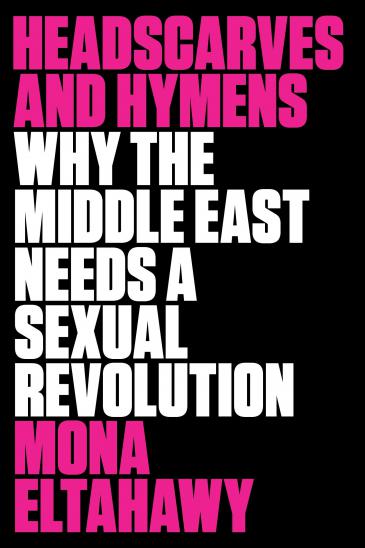 The Middle East urgently needs a sexual revolution, writes Mona Eltahawy – for both men and women! Until that day, however, women in particular will grow more and more angry, says Claudia Kramatschek

Mona Eltahawy speaks from first-hand experience. She was born in Egypt but her family moved to Saudi Arabia when she was seven years old. "It felt as though we'd moved to another planet where the inhabitants fervently wished women did not exist."

Her critical evaluation thus focuses on both Egypt and Saudi Arabia – although she does weave in many statistics and facts from other Arab and Muslim countries such as Yemen and Lebanon, Syria and Sudan.

These facts and figures are overwhelming and depressing by turns – sometimes the reader is bound to wish he or she could counter the statistics with a 'yes, but'. However, Eltahawy leaves no scope for such objections. Neither does she – a woman who wore hijab for many years out of conviction – let religion evade responsibility for patriarchal oppression, nor accept 'cultural identity' as an excuse.

Using cultural identity as an explanation, Eltahaway writes, merely sustains the hardliners and fundamentalists who make female bodies into "cultural vectors" in which male ideas of culture are inscribed. Women are thus reduced to nothing but hymens and headscarves – chastity and purity are the altar upon which their lives may well be sacrificed, for the sake of nothing but a good reputation: 'honour killings', child marriage, polygamy, genital mutilation in Egypt, domestic violence, the interplay of domestic and state violence – see, for example, the rapes on Tahrir Square and the so-called virginity tests carried out in Egypt.

Mona Eltahawy leaves no room for misunderstandings: the aim is not actual chastity – as a young girl, she was even sexually harassed in Mecca while circling the Kaaba, despite being modestly dressed, and was not allowed to talk about it. The real issue is control, including control of women's mobility.

She calls Saudi Arabia's personal status laws a policy of gender apartheid: adult women who need a legal guardian – be it their own under-age son – to remarry, for example? She has nothing but vitriol for such practices: "Religious hardliners are making Saudi Arabia a laughing stock. A country that in about six decades built multi-lane highways across the desert, and is one of the most connected on the information superhighway, keeps its women locked in a medieval bubble – and the world is shamefully silent."

The world – that includes both the West and the silent Muslim remainder. The latter is the book's main target audience; although it does point out the West's cynical dual morals, for instance when it comes to the misogynistic Saudi Arabia – but not Iran – buying its way onto a committee like such as "UN Women" by promising to fund women's sports. 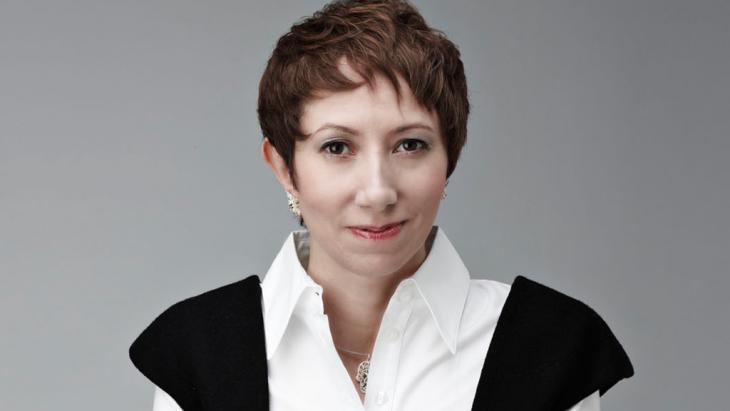 Eltahawy's goal is not 'rescue by the West'. Instead, she wishes that the West would grant an ear and a voice to all those women putting their lives at risk in the Muslim world so as to gain for their own kind what appears to be taken for granted for men: the right to move around freely and live the way they choose.

Case studies of courageous women – for instance those who took part in a protest march against Saudi Arabia's driving ban and ended up in prison with their passports withdrawn – thus alternate with the author's own experiences, lending the book a personal and lively touch. Speaking for oneself is the message she has for women.

Yet men are not outside the equation. Eltahawy knows that many of them also suffer from the bigoted dual morals imposed on them by their culture and religion. The Middle East urgently needs a sexual revolution, writes Mona Eltahawy – for the sake of both men and women! Until that day, however, women in particular will grow more and more angry. This anger – if we are to believe the author – is already immeasurably large and will sooner or later lead to fundamental change in Islamic countries.

Welcome to the world of Al Qasar, where Arabic music collides head-on with punk and psychedelic to create something powerful and beautiful. "Who Are We" is a raucous, subversive ... END_OF_DOCUMENT_TOKEN_TO_BE_REPLACED

Egyptian authorities have Mada Masr in their sights once again after critical reporting. But the editor of the country's last independent news source is adamant they will continue ... END_OF_DOCUMENT_TOKEN_TO_BE_REPLACED

Like Christianity, Europe's history is one of migration. Both have strong roots in the Orient and in cultures thousands of years old. Cultural historian Bernhard Braun invites us ... END_OF_DOCUMENT_TOKEN_TO_BE_REPLACED

When she ascended the throne, millions of Muslims still lived under British rule. Later, Elizabeth II appealed for tolerance in a multi-religious society. She was the first ... END_OF_DOCUMENT_TOKEN_TO_BE_REPLACED

Mohamed Abla is the first visual artist from Egypt to be awarded the Goethe-Institut’s Goethe Medal, Germany’s highest honour in the area of foreign cultural policy. Stefan ... END_OF_DOCUMENT_TOKEN_TO_BE_REPLACED

Comments for this article: The Middle East needs a sexual revolution

the need for sexual revolution in het middle east-Mona Eltahawy

This book can not be complete without making a case for a group that is even more oppressed than women - the homosexuals. I wonder what she has written -if so- about them.

END_OF_DOCUMENT_TOKEN_TO_BE_REPLACED
Social media
and networks
Subscribe to our
newsletter