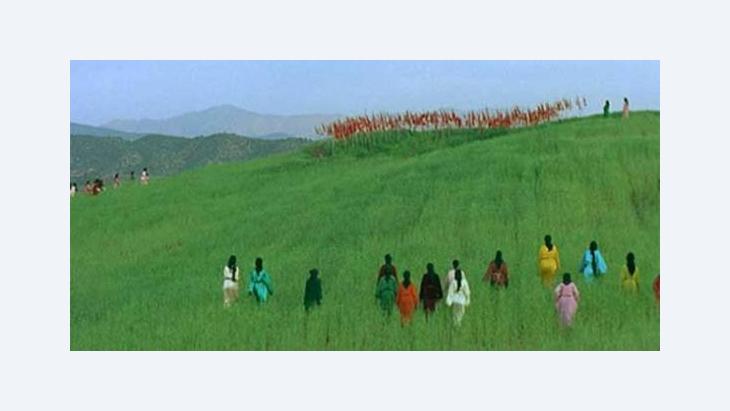 The Difficulty with Taboos

Although many of the films shot in Morocco ostensibly deal with the country's social problems, they tend to ignore the real social and political ills. By Irit Neidhardt

At the beginning of September, the Zentrum Moderner Orient and the Arsenal – Institute for Film and Video Art in Berlin, Germany, organized a film festival entitled "Upheaval and Diversity – The Moroccan Film Days". The nine films screened during the event were produced between 2001 and 2010. During this period, a total of 120 film productions were completed in Morocco.

According to co-organizer Sonja Hegasy, the selection criteria for the Berlin programme was to present work that broke the silence on controversial issues in Moroccan society and to show that the country has been undergoing a gradual change over the course of many years.

Diversity of life experiences in Morocco 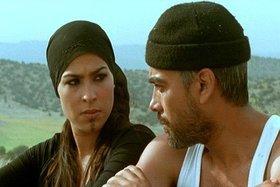 ​​In her documentary film Nos Lieux Interdits (Amakinouna al-Mamnouaa, France/Morocco 2008), Leila Kilani portrays the work of the truth commission set up to address human rights abuses under King Hassan II. Yasmine Kassari's film L'Enfant Endormi (Arraguad, Morocco/Belgium 2004) examines the lives of women left behind when their husbands go to seek work in Europe. Mirages (Ayam al-Wahm, Morocco 2010) by Talal Selhami combines elements of horror, thriller, and fantasy films to reveal the abyss of the contemporary work environment in the country. The programme was not only prolific in terms of topics, but also cinematic styles.

Almost all of the films, however, seem aloof towards their characters and unfamiliar with the country or the topic of the film. What could be the reason for this? In part, the phenomenon can be explained by the fact that many of the directors do not live in Morocco and, in some cases, were born abroad.

These filmmakers have been especially targeted to make their films in Morocco, as the state has been investing in cinema production for the past few years. Morocco has long been a popular film location for historical Hollywood dramas. A whole industry has been built up in the oasis city of Ouarzazate with the goal of attracting foreign investment. Now, domestic film production is also meant to profit from this infrastructure.

There haven't been enough interested filmmakers in Morocco to spend the allotted funds exclusively within the country, which is why cineastes with a Moroccan immigrant background from abroad have been welcomed to apply for the film subsidies. At the same time, hardly any film can be completed solely on the basis of Arab financing. Co-productions with European parties are therefore necessary to ensure production costs.

Definitory power of history and politics 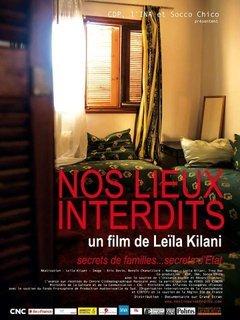 The suppression of others: The documentary film "Nos Lieux Interdits" from 2008 implies that there has been no political persecution in recent times in Morocco

​​The dissonant aspects of the films might also be explained in social or political terms. In developing and emerging countries, access to financing for film production, an extremely expensive proposition, is in most cases limited a very narrow group of upper and middle class individuals with good connections to Europe. Accordingly, they make films that attract financing, usually on themes dealing with backwardness and poverty in the widest possible sense.

The films rarely provide an insider's view of any given situation, but, instead, social, economic, political, and ethnic conflicts find themselves written into the subtext of the film, making use of the definitory power of historical and political values.

The difficulty with breaching taboos is that although this can often be pertinent, there is the simultaneous tendency to simplify, sometimes falsify, and only rarely to analyse.

Les Yeux Secs, for example, is set in a remote Amazigh (Berber) village in the Atlas Mountains. For generations, only women have lived in the village. Men can only set foot here under a full moon and exclusively for money.

The three main characters, Hala, Mina and Fahd, are played by professional actors considered to be among Morocco's celebrities. The TV star and singer Siham Assif plays Hala, while Khalil Benchegra, who portrays Fahd, has played in main or major supporting roles in Hollywood films that have been shot in Ouarzazate. Raouia, who plays Mina, was last seen in European cinemas in Xavier Beauvois' Of Gods and Men.

All of the other performers were cast from three villages in the region. In the film, they only speak Amazigh, whereas the professional actors communicate in Arabic. During casting for the well-paid jobs as extras, the women were told that the film would deal with the issue of prostitution. Details were not discussed. 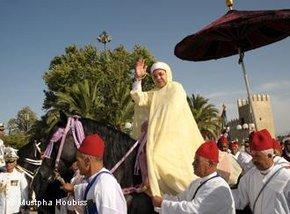 Elitist, authoritarian leadership style: The films countenanced by Mohammed VI are often only superficially self-critical. In many cases, they serve to support the system's monopoly over the interpretation of facts, says Irit Neidhardt

​​After the extras had viewed Les Yeux Secs in the cinema in the city, they realized that the completed film reduced the problem of prostitution to the Atlas Mountain region and thereby attributed the problem solely to Berber women. Thirty-five women, supported by eight men, attempted to have further screenings of the film banned.

Trafficking of women who are then sexually exploited is a massive problem in Morocco, although Moroccan women are primarily trafficked abroad in other Arab countries and in Europe. For years, the UNHCR has criticized the government for remaining inactive on the issue.

The Berber women had no real chance of success with their suit, as the director had concluded written contracts with the illiterate extras before the start of production and was thereby legally protected.

The region around Tizi Nisly, where the film is set, is primarily known in Morocco for the bloodiest uprising by Berber tribes against the French colonial powers. The region was subsequently punished with a 24 year long embargo, which was upheld after independence by the Moroccan Arab royalty. To this day, the Berber population is still fighting to obtain basic infrastructure such as roads, running water, and electricity.

In her documentary film Nos Lieux Interdits, Leila Kilani focuses on four families of former political prisoners and victims of torture under the reign of King Hassan II. The current king, Mohammed VI, wants to examine the political injustices that took place under his father and has set up a truth commission. The commission is controversial in that perpetrators are not allowed to be named in statements by witnesses. 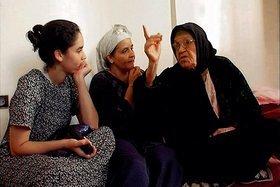 Distorted excerpts: Films should be put in context in order to avoid false conclusions, says Neidhardt

​​The documentary, financed by the Moroccan truth commission and various French film subsidy organisations, opens with historical information for the viewer. Among other things, it states that "in 1956, the Kingdom of Morocco achieved its independence. Since the early 1960s and increasingly in the 1970s and 1980s, Moroccan authorities have employed torture and kidnapping in order to silence opposition."

There is no mention of the fact that previously, under French colonial rule, and later, under the current monarch, political imprisonment, violence, and torture in prisons took place and takes place now. This is a clear political stance, which raises many questions about the film.

Film programmes about foreign cultures by their very nature present small, often distorted excerpts of life that should be accompanied by critical material. When a film is given a proper context and setting, then even isolated examples can offer a deeper glimpse into the complexities of a country.

At the suggestion of his Arab students, Israeli psychologist Ofer Grosbard created the project "Quranet", which uses texts from the Koran to solve educational problems in schools ... END_OF_DOCUMENT_TOKEN_TO_BE_REPLACED

Libyans have mixed feelings about the EU. On the one hand, they admire what Europeans have achieved, but on the other, they feel let down. Moutaz and Walid Ali report from Tripoli END_OF_DOCUMENT_TOKEN_TO_BE_REPLACED

The upheavals of the past year in the MENA region are arguably as momentous as those of the Arab Spring in 2011. Yet perhaps the biggest difference is that our interest seems to ... END_OF_DOCUMENT_TOKEN_TO_BE_REPLACED

Equality in divorce, a ban on polygamy: reformers of Islamic family law have a clear agenda. They are exploiting the ambiguity of traditional jurisprudence. By Joseph Croitoru END_OF_DOCUMENT_TOKEN_TO_BE_REPLACED

Hassan Aourid is one of the most important political and intellectual figures in Morocco. In interview with Ismail Azzam for Qantara, Aourid outlines his vision of the decline of ... END_OF_DOCUMENT_TOKEN_TO_BE_REPLACED

An interview with the Iranian-American historian and cultural philosopher Hamid Dabashi about writing, Europe's past and present, right-wing populism and the Arab uprisings. By ... END_OF_DOCUMENT_TOKEN_TO_BE_REPLACED
Author:
Irit Neidhart
Date:
Mail:
Send via mail