Emancipation with the Koran?

Moroccan family law is regarded as one of the most progressive in the Arab world, yet conservative judges still often rule against women's interests. Muslim feminists have begun using the Koran to combat patriarchal interpretations of Islamic law. Nevertheless, their secular counterparts are sceptical of their approach. By Wolf-Dieter Vogel 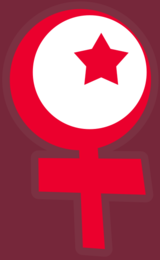 Although men and women are formally equal before Moroccan family law, the reality is that the reformed law has actually done little to ensure gender equality

​​Fouzia Assouli leaves no room for doubt: "We want to change the conditions on which male dominance is based." A secular Moroccan feminist, she has been fighting this battle for many years. As the head of the LDDF women's league, Assouli is in charge of numerous projects that provide aid and support for women and girls. Examples include the Tilila women's house or the women's refuge "Centre d'Ecoute" in the heart of Casablanca.

She has also spent many years fighting for legal equality between men and women. This is why 2004 was a very important year for Assouli, the year in which King Mohammed VI reformed the Moudawana, the Moroccan family code.

"A good deal has changed since then," Assouli confirms, speaking cautiously of progress. Before the reform, women had to obey their husbands; now men and women are equal before the law. Men can no longer repudiate their wives, and women can now file for divorce of their own accord.

It is no longer Islamic clerics but state family judges who deal with separations. The monarch also raised the minimum age for marriage to 18 and ruled that men are no longer allowed four wives – with some exceptions.

These rulings gave Morocco some of the most progressive family laws in the Arab world. "The idea of gender justice found its way into legal practice. That has created new norms," says Assouli. In her eyes, however, the greatest practical success of the Moudawana is the new divorce law.

"Most women don't know their rights"

Assouli's colleague Khadja Tikerouine, who works in the Centre d'Ecoute, points out the limitations of the new legislation. "It is still difficult for women to file for divorce because of their economic situation and attitudes in society," she says. Only very few women come to the refuge, and many are unaware of their options, particularly in rural areas. "Most women don't know their rights." 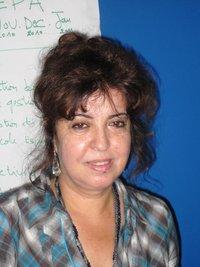 "How is a girl who can't read and write supposed to know she's not allowed to be married under the age of 18?" asks the feminist Fouzia Assouli, pointing to some of the difficulties faced by women in Morocco

​​About 56 per cent of Moroccan women are illiterate, while in some regions only one in ten women has ever attended school. "How is a girl who can't read and write supposed to know she's not allowed to be married under the age of 18?" asks Assouli.

Studies conducted by her organisation confirm that the concrete successes of the Moudawana have in fact been modest to date. Girls are still being married off because they are pregnant. Around ten per cent of married women are under 18; some are forced into marriage at the age of 13, says Assouli.

"Exceptions are still made for polygamy and the marriage of minors, which creates a huge grey area," she explains. The number of applications for marriage to minors even rose from 30,000 to 42,000 between 2006 and 2009, and the law allows judges a lot of room for manoeuvre. Conservative judges in corresponding settings can still rule in the interest of the traditional man's world.

The Islamist politician Bassima Haqqaoui considers this critique "propaganda" and a "false debate" that has been imported from abroad. "The problem does not arise in that form in Moroccan society," is her unequivocal comment. If a woman is sexually mature, she says, it is better to allow marriage than to tolerate an illegal relationship.

Haqqaoui, a social psychologist, has held a seat in parliament for the moderate Islamist Justice and Development Party (PJD) for eight years and was a front-runner candidate at the last election. The PJD, the second-largest parliamentary party in Morocco, also supported the Moudawana. Haqqaoui explains why the party approved the law, pointing out that the reform remained within the bounds of the Koran and focused on the family rather than women themselves. 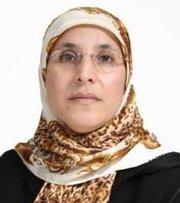 "Men get more in some cases because they have to protect and provide for the family," says Islamist politician Bassima Haqqaoui in defence of the classic interpretation of Islamic inheritance laws

​​Is she in favour of complete gender equality? "We are in favour of equality in the sense of justice." She explains in more detail using the example of inheritance law, which is still closely based on the Koran, providing for different shares for sons and daughters. "Men get more in some cases because they have to protect and provide for the family," says Haqqaoui, emphasising: "I believe in God's justice."

Secular feminists mistrust the PJD's women's policy. The party initially refused its support. It then changed its mind and gave its approval under questionable circumstances: the PJD was under pressure in the wake of the 2003 Islamist terrorist attacks in Casablanca.

"In everyday politics, the party continues to make proposals that contradict the spirit of the law," criticises the women's league president Assouli. By way of example she points to the PJD's sceptical statements on the increase in divorces.

The Moroccan doctor and writer Asma Lamrabet is also fighting "from within Islam for the rights of Muslim women," as she puts it. Yet she does not want anything to do with the PDJ. She feels closer to her secular sisters.

The "Islamic feminist", as she defines herself, is working on a "Third Way" that is clearly distinct from fundamentalism and based on humanist ideals that she finds in the Koran. The holy book, says Lamrabet, speaks of women's autonomy and right to freedom. To date, she claims, the Koran has only been interpreted on a "patriarchal and discriminatory" basis, bringing Catholic liberation theology into the equation.

"We have to free religion from political aspects," is Lamrabet's call. In her view, it was political Islam, Islamism, that first made faith a source of oppression. For her, feminism is a universal approach, which she has adopted from within the context of the Islamic state of Morocco.

Scepticism on all sides 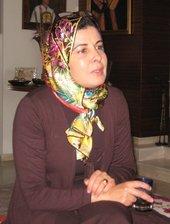 "We have to free religion from political aspects," says the Moroccan doctor and writer Asma Lamrabet, who feels that political Islam first made faith a source of oppression

​​Muslim scholars and clerics have problems with her work on religious philosophy: a high council rejected her most recent book The Koran and Women. However, many secular feminists are also sceptical. They find Lamrabet too reserved on the subject of polygamy, for example, saying her insistence on an "Islamic identity" places her suspiciously close to Islamist ideology.

The head of the women's league, Assouli, is not keen on her approach either: "I'd like to see an Islamic women's movement that's in favour of complete equality," is her irony-laden reaction, before going on to ask what the chador and polygamy have to do with emancipation.

Aside from that, says Assouli, the feminist movement is fighting against inequalities between the genders and needs no further labels. Her opinion on the Islamist PJD is even clearer: "They are taking feminism hostage and want to bring us back to obedience and slavery. As far as we are concerned: those days are over."

Interview with Ziba Mir-Hosseini
"We Need to Rethink Old Dogmas"
Born in Iran and now based in London, Ziba Mir-Hosseini is one of the most well-known scholars of Islamic Feminism. In this interview with Yoginder Sikand she talks about the origins and prospects of Islamic feminism as an emancipatory project for Muslim women and as a new, contextually-relevant way of understanding Islam

Islamic Feminism in Morocco
"We Have to Re-Appropriate the Source Texts"
Islamic feminists in Morocco are calling for a so-called "third way": a modern approach combining universal ethics with the humanitarian ideals of Islam. Their methodology reveals weaknesses however. Martina Sabra reports

Koran Studies
A Reappraisal of the Position of Women in Islam
The supremacy of men over women in Islam is often substantiated by citing Sura 4.34 in the Koran. An academic institute in Germany has just published a new study on the Sura. Susan Javad interviews the editor

END_OF_DOCUMENT_TOKEN_TO_BE_REPLACED
Social media
and networks
Subscribe to our
newsletter