Sunni Morocco accuses Teheran of fostering Shi'a activities inside its borders. Other countries with a Sunni majority that also feel threatened by Iran have formed an alliance with Morocco. Alfred Hackensberger details the background from Rabat 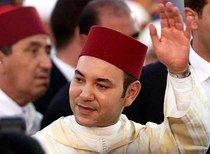 ​​In a speech on the 30th anniversary of the Islamic Revolution in Teheran, Ali Akbar Nateq-Nouri, the former parliamentary speaker and now an advisor to Ayatollah Khamenei, had remarked that the gulf state of Bahrain had been the country's "14th province up to 1970". He placed the blame for Iran abandoning its claims to the territory firmly at the feet of the then ruling shah, Reza Pahlavi.

Although Ali Akbar Nateq-Nouri was at pains to stress he had only been stating historical facts and had by no means questioned Bahrain's sovereignty or independence shortly later, his comments unleashed a major uproar. King Abdullah of Jordan and the Egyptian president Hosni Mubarak paid official visits to the regent Al-Khalifa in Manama in support. Saudi Arabia labelled Iran's statements "hostile and irresponsible".

Morocco's King Mohammed VI wrote a letter to the Bahraini leadership, referring to the statement as "despicable" and declaring he would support the country against the "threats" from Teheran. Shortly afterwards, Morocco's diplomatic representative was withdrawn from Teheran and the Iranian ambassador was sent home from the Moroccan capital, Rabat.

Interior Minister Chakib Benmoussa also confirmed this view: Iranians had been proselytising since 2004 via cultural centres and by distributing publications in the country, he claimed. A further point chalked up against Iran is that many young Moroccans have been studying there – all at the expense of the Islamic Republic.

The Moroccan authorities recently followed up these political warnings with actions. According to the Arabic-language newspaper Al Jarida Al-Aoula, dozens of arrests have been made of people who sympathise with Shi'a Islam in the north Moroccan port Tangiers, the southern town of Essaouira and in Ouyazze, 120 kilometres north of Rabat. Books and magazines, mainly produced in Lebanon, have allegedly been confiscated.

The authorities have also closed down the "Iraqi Baghdad School", officially because the education system is against the regulations of private schools. This decision was prompted by a complaint from an Iraqi against the school's head teacher, who had excluded three children for "confessional reasons" and "promoted certain religious practices".

Warnings of a "Shi'a world revolution" 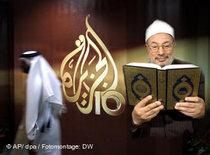 ​​At first glance, the events correspond all too well with the words of Sheikh Yusuf Al-Qaradawi, who had warned of a Shi'a world revolution pushed by Iran in 2008. The Egyptian Islamic scholar, well known through the Al-Jazeera programme Sharia and Life, claimed to have observed over the previous two years that Sunni societies were allegedly being ravaged by organised Shi'a missionary activities.

According to the highly controversial cleric, there were no Shi'a in Egypt whatsoever 20 years ago, but they had now managed to infiltrate the entire country. "They have people writing in the press, publishing books and they have an audience," the sheikh opined. The same was the case, Qaradawi claimed, in Sudan, Tunisia, Algeria, Morocco and also in non-Arab countries such as Malaysia, Indonesia, Nigeria and Senegal.

Morocco's independent press, in contrast, showed a complete lack of understanding for the government's actions. "The way we have severed our diplomatic ties for no serious reason proves how much we lack strategic thinking," wrote Ahmed R. Benchemsi, for example, editor of the weekly Telquel.

Abdellah Rami, an Islam expert at the Centre for Social Studies in Rabat, considers the reports of Shi'a presence hugely exaggerated. "There are a few groups in the large cities, especially Tangiers and Meknes, but this is by no means a structured and organised movement."

The professor and Islamism expert Mohamed Darif takes an entirely different view. The image of the state is at stake, according to Darif: "The authorities are trying to demonstrate that they can still guarantee religious and moral values." Yet merely demonstrating the state's power is not enough, he says, to maintain legitimacy in the long term. 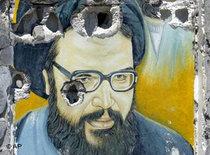 Shiite Islam under fire: A number of the alleged terrorists who were arrested in February last year are said to have been trained in Shi'a Hezbollah camps in Lebanon

​​In February 2008 the "Belliraj" terrorist network was uncovered in Morocco, with a total of 35 suspects arrested. They were accused of planning terrorist attacks, and included the correspondent of the Hezbollah TV channel Al-Manar from Lebanon and a member of the Justice and Development Party (PJD), which has seats in Morocco's parliament. A number of the alleged terrorists are said to have been trained in Shi'a Hezbollah camps in Lebanon.

Whether the accusations are confirmed or not, the whole case resembles a nebulous horror scenario for Morocco, and could well be one of the main reasons in the background eventually leading to the country cutting its diplomatic ties with Iran. Sunni groupings made a deal with militant Shi'a organisations, receiving financial aid, military equipment and training in order to bring down the monarchy in their own country, is the claim.

In future the government wants to have every single cultural activity, every single publication and every single organisation that propagates a similar unholy alliance under control.

Morocco's politicians are not the only ones with these fears. In November 2008 representatives of Saudi Arabia, the United Emirates, Jordan, Egypt and Morocco met up in Sharm el-Sheik to discuss the threat presented by Iran.

All these states have the same problems of moral legitimation. They are not democratic states, nor would they be regarded as ideal Islamic societies. Politically, they are on the side of the USA and do little when it comes to implementing basic civil rights or supporting the Palestinians.

During the most recent Gaza war, the anti-Israeli demonstrations in the Islamic states were also directed against their own governments, which were doing nothing to open up the borders in the Gaza Strip – an ideal breeding ground for radical Islamist groups, many of which are banned and only too happy to accept help from abroad.

"We are still amazed by the Moroccan reaction," said the expelled Iranian ambassador Wahid Ahmadi. Yet it should come as no surprise to him that Morocco and other Sunni Arab states are afraid of an export of Iran's revolutionary ideals. After all, Mahmoud Ahmadinejad has publicly deceived the heads of state of Jordan, Saudi Arabia, Egypt and also Morocco on many occasions in the past.

Saudi Arabia's Shia
An Uprising of the Marginalized
In the eyes of the Saudi political scientist Mai Yamani, the suppression of the Shi'a minority is part of Saudi Arabia's strategy for parrying Iran's claims to regional dominance

END_OF_DOCUMENT_TOKEN_TO_BE_REPLACED
Social media
and networks
Subscribe to our
newsletter