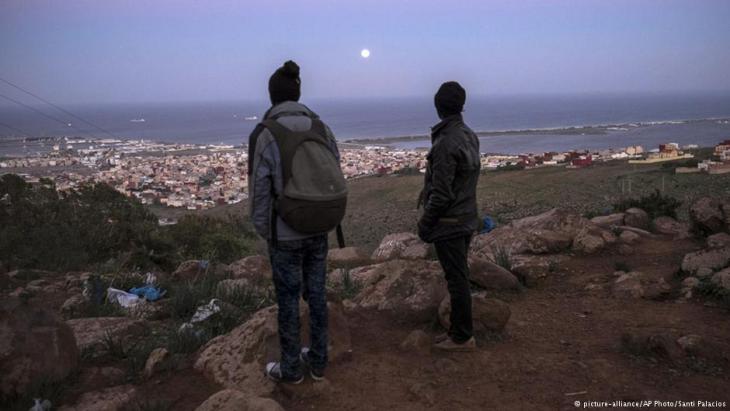 Measures introduced since the 2015 New Year's Eve sex attacks in the German city of Cologne have led to greater repression, higher walls and tighter controls. The only ones to benefit are the people traffickers, says Hicham Aroud, an expert for migration and asylum policy based in the Moroccan city of Rabat. Interview by Martina Sabra

A year has passed since the New Year sex attacks in Cologne. How was this wave of violence against women received at the time in Morocco?

Hicham Aroud: We were very shocked. No one has the right to sexually harass women, no matter where they are. The fact that North Africans were involved should not lead to the assumption that such behaviour is culturally acceptable in Morocco. Men who harass women exist everywhere, regardless of nationality.

The Moroccan public and the Moroccan-German community in Germany were highly critical of the perpetrators' conduct.  And many of those who were on the streets of Cologne and other German cities on New Year's Eve 2015 and witnessed the violent sex attacks made it very clear: we denounce this and we want the police and the judiciary to call those responsible to account. No one reacted with apathy.

To date it is not absolutely clear whether, or to what extent, refugees were involved in the sexualised violence in Cologne. What we do know for sure is that some of the perpetrators were from Algeria and Morocco. Several perpetrators stood trial. You have been observing and analysing the events within the context of the migration policy debate both in Europe and North Africa. How do you perceive the long-term effects of what happened in Cologne one year ago?

Aroud: What happened in Cologne was a watershed moment. The debate in Germany and EU has changed radically since. The hostile atmosphere not only affected Moroccans, but almost all refugees in Germany. It also indirectly affected several Syrians, who had come to Morocco via Algeria and who wanted to travel on from there to Europe via the Spanish exclaves of Ceuta and Melilla. Until 2015, the reception centres in Ceuta or Melilla were full to bursting point.

The numbers only began to decline for the first time in 2016. This was not only because fewer and fewer Syrians were arriving via Ceuta and Melilla: some of those who fled from Syria even decided to return to Morocco from the Spanish exclaves. It caught the Moroccan authorities completely off guard; they were not at all prepared to allow Syrian refuges to come back to Morocco from Spain. In my view, this is also one of the indirect consequences of what happened in Cologne. 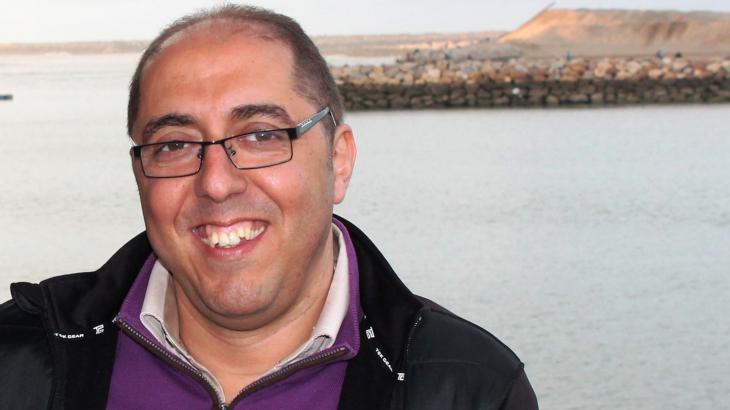 ″The EU wanted Morocco to readmit all migrants entering the EU from Morocco. That is impossible. We can't be Europe's border guards,″ asserts Hicham Aroud, expert for migration and development in Rabat, Morocco

The anniversary of New Year's Eve 2015 in Cologne is back in the headlines in Germany. How has it been in Morocco?

Aroud: The story was a talking point in Moroccan media and civil society for several weeks in early 2015. But generally speaking, the events of New Year's Eve in Cologne 2015 didn't feature that much in our media. But changes have been taking place in migration policy and we are certainly feeling the effects of that.

What are the key changes in your view?

Aroud: What happened was used as a reason to further limit immigration and transit routes. Since the events of Cologne, people from Morocco stand little chance of receiving asylum in Germany, because it views Morocco as a "safe country of origin". This means that for Moroccans in Germany, asylum status is barely attainable. Many thousands have accepted the consequences and returned of their own volition.

We don't have any official statistics on this, only estimates based on personal opinions and reports. Migration policy has basically gone into reverse. We're seeing greater repression, higher walls and tighter controls than ever before. The co-operation between Morocco and the EU agency Frontex has been bolstered; the Frontex budget has yet again seen a huge increase.

As part of what is being termed the "mobility partnership" with the EU agreed in 2013, Morocco is supposed to be remodelling its asylum and migration policies in accordance with European guidelines. This includes facilitating deportations to Morocco. Morocco must also take back refugees from African third countries. In return, it should be easier for certain Moroccan population groups to get visas. How does the actual implementation of all this look?

Aroud: There was some movement in the year 2014: following the King's royal address and his calls for a modern migration policy, more than 20,000 transit refugees were legalised in Morocco, most from sub-Saharan Africa. A number of laws have also been initiated. We now have a law against people trafficking. But many negotiations are on hold, partly owing to differences in connection with agricultural and fishing agreements and the Western Sahara. Also, the asylum law still hasn't been completed. 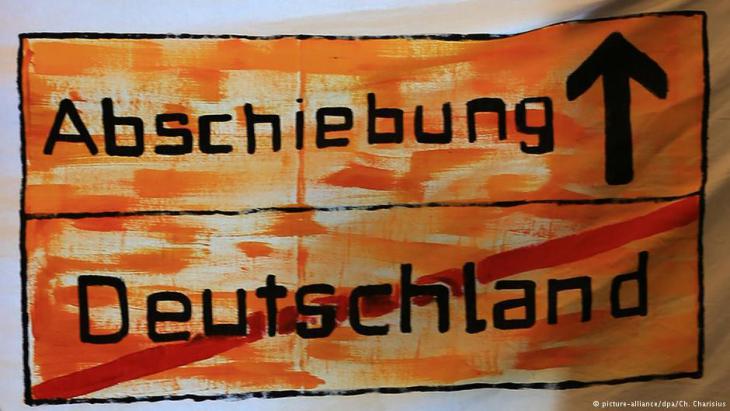 "Safe countries" in North Africa far from safe: according to one media report, the German Refugee Office is far more damning in its assessment of the political situation in the Maghreb states than the German government, which intends to declare said states ″safe countries of origin″. Those coming from a ″safe country″ have little or no chance of being granted asylum in Germany

Germany negotiated a readmission agreement with Morocco in 2016. Currently, it is thought that there are around 3,000 Moroccans in Germany whose asylum applications have been refused and who are therefore required to leave the country. To date only a handful have actually returned.

Aroud: Morocco has agreed to co-operate in the readmission of its own citizens and to accelerate the bureaucratic procedures. But only with respect to its own citizens. That's an important point, because the EU wanted Morocco to readmit all migrants entering the EU from Morocco. That is impossible. If we were to agree to that, it would spell huge social problems for Morocco and we would also have problems with these refugees' countries of origin. We can't be Europe's border guards.

The 2013 mobility partnership was also aimed at facilitating the visa application process for Moroccans planning EU travel. Is this not a good thing?

Aroud: That's true, but only a small section of the Moroccan population will benefit, an elite. The majority won't benefit from the visa facilitations envisaged thus far. I no longer believe that the mobility partnership will happen, at least not in the form originally planned by the EU.

Will the defensive actions of the EU and Germany do anything to change the actual migration movements between Morocco and Europe?

Aroud: No, I don't think so. The price of emigrating will simply go up. In the end, the only individuals to benefit from this more stringent migration policy are the people traffickers.

Home
Print
Newsletter
More on this topic
Migration pact with Africa: The EU′s paper tigerMigration in Morocco: From emigration to immigrationHamid Skif: "The Geography of Fear": The refrain of a shadowy existence
Related Topics
European Union (EU), Migration, Migration in Germany, Mohammed VI of Morocco, Policy on refugees and migration, Refugees, Sexism and violence against women
All Topics

Unauthorised immigration to Europe went down at the peak of the pandemic. As EU countries re-open, migrant flows are back up. What does it mean for the EU – and for migrants? By ... END_OF_DOCUMENT_TOKEN_TO_BE_REPLACED

Religions are often a source of conflict. But the worldwide Religions for Peace movement seeks to change that by galvanising interreligious dialogue. Delegates from 90 countries ... END_OF_DOCUMENT_TOKEN_TO_BE_REPLACED

Berlin's annual Human Rights Film Festival closed at the weekend. One entry to the festival was the documentary "Captains of Zaatari". Its Egyptian director Ali El Arabi focuses ... END_OF_DOCUMENT_TOKEN_TO_BE_REPLACED

The world must take action now to prevent a deep and lasting humanitarian crisis in Afghanistan. But what, if anything, can be done? The one billion dollars pledged by ... END_OF_DOCUMENT_TOKEN_TO_BE_REPLACED

Germany's foreign policy is explicitly values-based. But what happens, Ralf Bosen asks, when democracy, the rule of law and human rights collide with the logic of trade and ... END_OF_DOCUMENT_TOKEN_TO_BE_REPLACED
Author:
Martina Sabra
Date:
Mail:
Send via mail

END_OF_DOCUMENT_TOKEN_TO_BE_REPLACED
Social media
and networks
Subscribe to our
newsletter