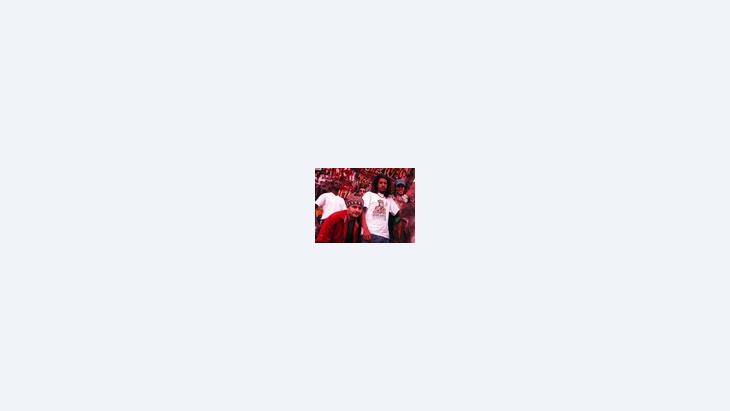 Moroccan Youth between Rock and Gnawa
Shouting for Change

Many young Moroccans feel that the country's mainstream media are offering them a very limited notion of musical culture. But with the evolution of the Internet, international music has become more easily accessible. Layla Al-Zubaidi reports 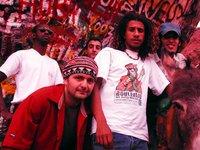 ​​Banging their heads, 20,000 young Moroccans urge the bands on stage to play their favourite songs. The Boulevard de Jeunes Musiciens, which takes place every June in Casablanca, features acts ranging from hip-hop, to rock-metal, and fusion. Originally started as by a small group of people who dreamt of building an alternative music scene in Morocco, the festival has developed into the most important platform for local bands.

Morocco's young musicians don't see a problem in combining all kinds of genres with local music traditions such as the popular chaâbi or gnawa, created by the descendants of former slaves originating from Sub-Saharan Africa. Here, the usual deliberations about "Westernization" which so often dominate discourses about the impact of globalization on the Arab world seem very removed. Amine Hamma, who was central in building the scene, asks "How are we to name these new music waves? Urban? Alternative? Contemporary? Amplified? Western?"

Some call it Moroccanized occidental music, others the opposite: "raï-hop or metal-gnawa or electro-chaâbi." Far from political correctness, he notes, this music is based on the free copy and cultural melange. But he also remarks that since it is still hardly understood, it is often too simply classified as the music of "marginalized youth," challenging the adult world.

The lure of heavy metal music

A lack of understanding towards the Moroccan youth and their forms of expression also played a role in 2003, when 14 heavy metal musicians and fans, accused of being "devil worshippers," were sentenced to up to one year in jail for "undermining the Muslim faith and good morals". The sentences rallied Moroccan civil society activists, who flooded the streets to demonstrate their solidarity.

Now however, says nineteen-year-old music aficionado Amine Charif, heavy metal concerts are taking place almost weekly. In 2005, he recalls, the German band Kreator performed from their album, entitled "Enemy of God." "There never was such an event in an Islamic country before!" Why does heavy metal appeal to so many young Moroccans?

Amine stresses that the music itself is the most important factor, even more than the desire to rebel against society and to be different. He adds that the young generation has never really felt any connection with the music broadcasts by the national TV and radio, which includes Egyptian-style and traditional Andalusian tunes: "It was like a dictatorship by mainstream adults telling us what we should listen to. But in the past two decades, with the evolution of the media, international music has become more easily accessible, and young people can make their own choices."

"In the end, it's all a question of identity"

Many of the new bands express themselves in the Moroccan "Darja," and mix it with French and English. "Our priority is to reach the millions of people here, before we make ourselves understandable in the Arab world," explains Reda Allali, member of the Casablanca band Hoba Hoba Spirit. "People who don't master Arabic still feel inferior, and we intend to take this complex away from them. In the end, it's all a question of identity."

While Morocco is heavily exposed to Middle Eastern media, the transfer in the other direction doesn't really take place. In addition, the way in which Middle Eastern countries present their cultural production seems to create an uneasy relationship.

Cracks in the pan-Arabic imagery

Amine Charif thinks that shifting musical tastes reflect the cracks in the pan-Arabic imagery. While he observes that there's still a good deal of young people who enjoy romantic Middle Eastern music and video-clips, he argues that many don't feel any affinity at all.

"Arabic music is advertised as the music of our brothers and of a dreamed great Arab nation, but when you compare it to Western music, many Moroccans find Arabic music antiquated, full of clichés and, musically speaking, poor. Other Moroccans just don't feel that they are Arab, the majority being of mixed Arab, Berber, and African origins. So they adopt occidental lifestyles more easily and, accordingly, music tastes."

Apart from occasional cases of overt censorship, such as in 2003, musicians mainly suffer from marginalization, as the music industry is not prepared to take risks. Next to concerts, the Internet is therefore is playing an increasingly important role in promoting Moroccan talent. Rock and metal are especially perceived as too alien by dominant cultural norms. "We were victims of a wave of phobia against the West in the aftermath of the events of September 11," says musician Réda Zine. "Now we have to concentrate on supporting the young people in what they do best: playing music, shouting for change."

Ananlysis
Funk from Kabul, Ska from Istanbul, Rap from Dakar
In terms of its musical variety, Muslim culture knows no boundaries. From Indonesia to America, and from Stockholm to Cape Town, most Muslim musicians insist on personal, artistic freedom. And yet an increasing number of musicians are distancing themselves from the mainstream in order to focus on Islamic values. By Thomas Burkhalter

END_OF_DOCUMENT_TOKEN_TO_BE_REPLACED
Social media
and networks
Subscribe to our
newsletter