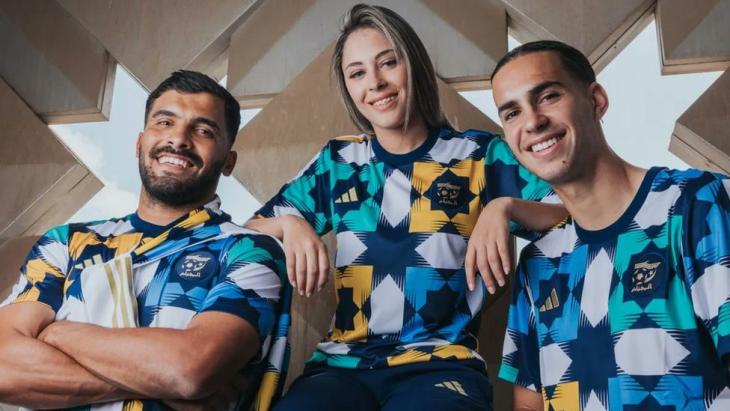 Moroccan lawyer Mourad Elajouti, on behalf of the culture ministry, said a geometrical design pattern known as "zellige", common in Morocco's multi-coloured ceramic mosaics, appears on the Algerian top. In a letter sent to Adidas CEO Kasper Rorsted, Elajouti demanded the withdrawal within two weeks of the Algerian sports top it claimed was "inspired by the art" of Moroccan zellige.

In a copy of the letter seen by journalists, the lawyer denounces "cultural appropriation and an attempt to steal a form of Moroccan cultural heritage".

On 23 September, Adidas released on Twitter a photo of the new 2022-2023 season kit for the Algerian national team it said was "inspired by culture and history". The design, according to Adidas, draws its inspiration from the Mechouar Palace in Tlemcen, in northwestern Algeria.

Morocco and Algeria have long been at odds over the disputed territory of Western Sahara, where the Algiers-backed Polisario Front is seeking independence from Rabat's rule. Algeria severed ties in August 2021, accusing Rabat of "hostile acts", a move which Morocco said was "completely unjustified".

"The Moroccan Ministry of Culture reserves the right to use all possible legal remedies before the German and international courts," the lawyer added in the letter. It also threatened to bring the case "before organisations relating to the protection of heritage and copyrights", including the World Intellectual Property Organization (WIPO).

Journalist and TV host Abdellah Tourabi was among some on Moroccan social media who poked fun at the move.

"We are diving into the absurd!" he said, pondering whether the "Spaniards... will file a complaint against Morocco for a large part of our cuisine... which was taken from the Arabs, who took it from the Persians... and the Turks from whom we borrowed the kaftan and other symbols".    (AFP)

More on this topic
The EU's diplomatic dilemma: Morocco and Algeria square off over Western SaharaMorocco and Algeria: A rivalry stretching back decadesAlgeria at 60: No more lethargy – Algiers’ passive foreign policy is over
Home
Print
Newsletter
MoreAll Topics

END_OF_DOCUMENT_TOKEN_TO_BE_REPLACED
Social media
and networks
Subscribe to our
newsletter