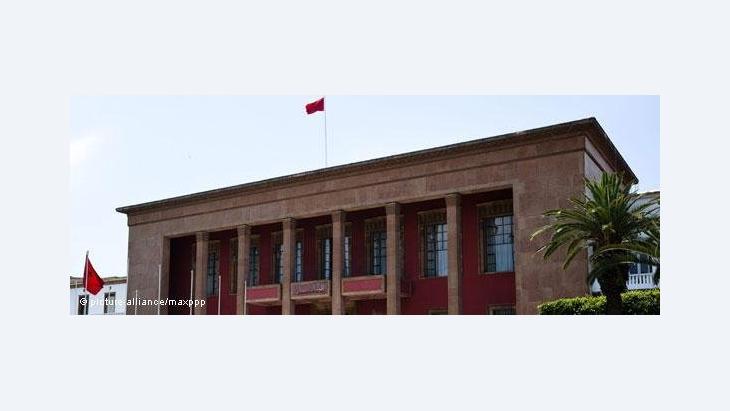 Voter turnout in Morocco's early parliamentary elections on 25 November is expected to be low. A major reason for this is widespread disaffection among the young, who feel ignored by existing parties. In its eyes, the establishment is nothing but a "façade democracy". By Sonja Hegasy

Morocco's election campaign was officially launched on 12 November 2011. Following a referendum on constitutional reform held on 1 July this year, the nation is now focused on early parliamentary elections scheduled for 25 November.

For the referendum on the constitution, the monarchy made full use of all existing channels to mobilize the electorate. Official figures say 73 percent of the population took part, with 98.5 percent of those voting in favour of the new text

Opposition leaders say the revised constitution does contain several groundbreaking directional changes for the Moroccan monarchy, but they nevertheless view the royal campaign and a further amendment of the text after the referendum as illegitimate.

According to the new constitution, the King can no longer appoint a Prime Minister without regard for majority ratios in parliament, and must choose a head of government from the largest party elected to parliament. This means the current government in its current form is no longer legitimate, making new elections necessary. 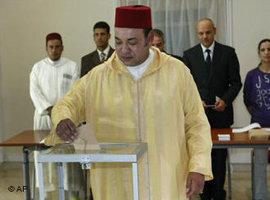 The constitutional referendum sees Mohammed VI. cede some of his powers to the government. But he remains supreme commander of the army, has the right to dissolve parliament and the final say on questions of religion and the judicial system

​​The main issue affecting the referendum and upcoming parliamentary elections is that voter confidence in the political system has been eroded for some time already. Seventy non-governmental organisations have joined forces to take part in the vote, together with 3,000 election observers.

In a move that takes account of the ongoing upheaval in North Africa, the share of parliamentary seats for women was raised from 30 to 60, and a share of 30 seats for young adults (under 40) was introduced. In practice this means that the "youth share" is de facto a share for "young men", as the spurious argument requires young women to stand for election on the women's lists.

While the constitutional referendum is generally viewed as a show of hands on the monarchy, the next elections are focused on the future of political parties and parliamentarianism in the country. And this doesn't look too rosy.

The protests in the Arab world and the Moroccan "February 20 Youth Movement" (or M20F for short) mean that expectations for genuine political change are very high, but hopes that this will be delivered by the established parties exceedingly low. There are no new parties or fresh faces, and just a few weeks before the election, no manifestos have been presented. The sense of disappointment is one shared by supporters of all political groups.

Voter turnout will therefore be a key factor in any appraisal of the upcoming poll: From the establishment point of view, it would be a catastrophe if participation was as low as in the last parliamentary elections in 2007. Then, just 37 percent of the electorate cast their ballots.

Not that anyone appears to be doing much to convince voters: In a move to isolate the Islamists of the PJD, a number of very diverse parties have – under the leadership of the Parti authenticité et modernité (PAM) – joined forces to form an alliance titled G8.

PAM was founded in 2008 at the behest of the King by his confidant Fouad Ali Himma, aimed at furthering modernisation of the monarchy. Until now, the party has only taken part in local elections in 2009 – with success. Moroccans have labelled G8 the "opportunists' party" or the "artificial product". Karim Tazi, one of the country's best-known entrepreneurs, described the new G8 alliance as "political suicide", as it embodies the very elites seen to represent the corruption and stagnation of the nation

The Socialists of the USFP have been in government since 1998, and were pulverised in the intrigues of the makhzen, the country's governing elite. The "Parti Socialiste Unifie" (PSU), whose electoral alliance of 2007 is still represented by three deputies in parliament, has declared it will be boycotting this poll. 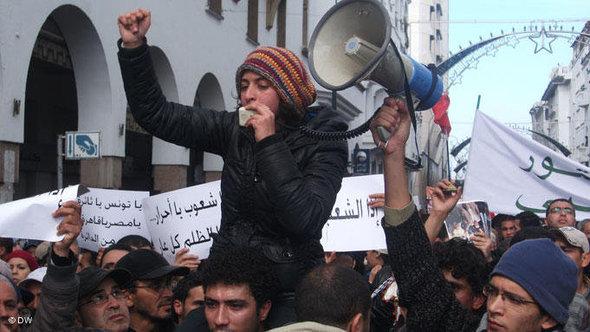 Opposition to the political despotism and omnipotence of the 'makhzen': Although the new constitution is being welcomed by the Moroccan democracy movement, the King's reform drive doesn't go far enough, say critics

​​Morocco's radical leftwing sees 2011 as an historic opportunity to break the gridlocked political process. They are deeply involved in the youth movement, a commitment they share with the illegal "Justice and Welfare" movement, which is also calling on its supporters to boycott the election and demonstrating alongside the Mouvement 20 février.

This also positions the party against the Islamist Parti du justice et développement (PJD), which some voters see as the only group to have improved its reputation and credibility in recent years. Although the PJD came a close second behind the governing Istiqlal party in 2007, it has never been in government.

No political mouthpiece for the young

If it were to secure a governmental berth on this occasion, the party could serve as an outlet for the monarchy to demonstrate a superficial respect for the will of the people. But it would not pay any attention to the demands of the youth movement. The PJD is also de facto an opposition party de sa majésté and not à sa majésté, formed in 1998 during the rule of Hassan II. 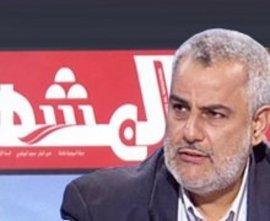 Quizzed on the issue of individual liberties in a public series of debates ahead of the elections, Abdelilah Benkirane stated that if he were head of government, there would never be any kind of association for homosexuals in Morocco

​​The party's Secretary General Abdelilah Benkirane acts in a no less populist or opportunist manner. Quizzed on the issue of individual liberties in a public series of debates ahead of the elections, he stated that if he were head of government, there would never be any kind of association for homosexuals in Morocco. His reasoning: individual liberties are guaranteed by God, but when a society includes children and followers of the faith, Benkirane sees himself as obliged to protect it.

Apart from that, when asked why his party is not supporting the M20F youth movement, Benkirane explained that the Moroccan monarchy was under serious threat following the ousting of Ben Ali and Mubarak. For this reason, he said, his party must conduct itself in a manner that is first and foremost supportive of the state – or more specifically the monarchy, and is therefore not taking part in the demonstrations. Otherwise there might not be a monarchy today, Benkirane said with confidence.

The youth movement shouldn't get any ideas above its station, he said: It may have set some things in motion (in particular the royal speech of 9 March 2011), but it is not the cause of everything, according to "staunch monarchist" Benkirane. He says he does not know where Morocco would be today without a monarchy: "a nation, several nations, civil war, disorder – you name it."

The commonly held view in Morocco is that the upcoming poll is unlikely to result in the nation adopting a significantly alternative course.

Dr. Sonja Hegasy is a scholar of Islam and Vice-Director of the Centre for Modern Oriental Studies in Berlin, Germany.

Home
Print
Newsletter
More on this topic
Interview with Abdelilah Benkirane: ''Islam Is Not a Static Religion''Interview with Aboubakr Jamaï: "The Moroccan Regime Is Corrupt and Incapable of Reform"
Related Topics
Arab Spring, Arabellion, Democracy and civil society, Justice and Development party (Morocco)
All Topics

Algeria‘s regime is again cracking down on anti-fracking activists and the unemployed in the country‘s south. Yet EU countries remain keen to scale up their energy cooperation ... END_OF_DOCUMENT_TOKEN_TO_BE_REPLACED

Algeria's decision to unilaterally sever diplomatic ties with Morocco in August 2021 – days after the presidency announced in a statement their relations would be reviewed – was ... END_OF_DOCUMENT_TOKEN_TO_BE_REPLACED

Madrid's about-face on the Western Sahara conflict has enraged Algeria. Trade relations have been frozen unilaterally and a cut in gas supplies to Europe could be in the pipeline ... END_OF_DOCUMENT_TOKEN_TO_BE_REPLACED

Sultana Khaya, 41, has been peacefully resisting the Moroccan occupation of Western Sahara for many years. Because of her campaign to assert the self-determination of the Sahrawi ... END_OF_DOCUMENT_TOKEN_TO_BE_REPLACED

Since Spain abandoned its traditional neutrality towards the conflict in Western Sahara, Morocco has announced a "new phase" in relations between the two countries. But what is ... END_OF_DOCUMENT_TOKEN_TO_BE_REPLACED

Russia's ranking on the World Press Freedom Index has fallen again over the Kremlin's wartime censorship of the Ukraine conflict. From Myanmar to Mexico, journalists continue to ... END_OF_DOCUMENT_TOKEN_TO_BE_REPLACED
Author:
Sonja Hegasy
Date:
Mail:
Send via mail

END_OF_DOCUMENT_TOKEN_TO_BE_REPLACED
Social media
and networks
Subscribe to our
newsletter