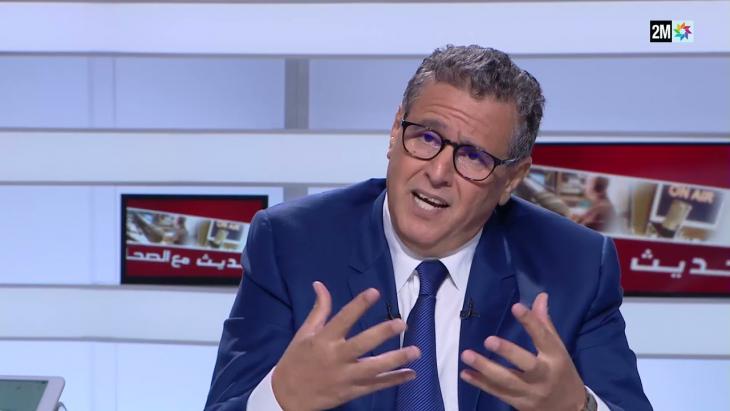 Moroccan Prime Minister Aziz Akhannouch’s first anniversary in office in early October was remarkable for its unparalleled calm and serenity. The press dropped no comments, either on the administration’s performance or on what the year had brought in the way of challenges. By Mohamed Taifouri

A year may seem like an insufficient time in the life of a government to make a full assessment of its achievements. The notion of the first hundred days in office was a custom brought in under U.S. President Roosevelt to take stock of the year in light of the government’s programme and the party’s electoral manifesto.

None of this took place in Morocco, save for a few offhand remarks by the Prime Minister in September at an internal event for the youth of the National Rally of Independents (RNI), during which he hailed the government's success in preserving a degree of normality amid quite an abnormal global outlook. That was a success in itself, something the Moroccan people should be quite clear about. He followed this up by talking about the package of urgent measures his government had been forced to implement in response to the regional and international upheaval, with a view to maintaining stability inside the Kingdom.

Prime Minister Aziz Akhannouch’s admission appears to contradict his party's electioneering rhetoric; both the leadership and the rank and file of the RNI campaigned under the slogan "You deserve better". The truth is that the party of businessmen is reneging on its electoral promises. Indeed, they not only gave undertakings that were included in the government’s policy agenda but also promised a new democratic Morocco, in contrast to when they were in coalition with the Islamists. These pledges were based on building a state for all its citizens, economic and social lift-off, a coherent set of policies, not to mention efficient governance.

A glance at the pledges contained in the government manifesto, which was endorsed by the legislative assembly on 13 October 2021, shows that the government hasn’t even got past first post when it comes to implementation. Small assurances of welfare support such as “dignity income”, designed to provide 400 Moroccan Dirhams (USD 36) to help the elderly, 300 Dirhams (USD 27) for needy families for each of up to three children to support their schooling, and a lifelong commitment to supporting the disabled, are still no more than promises. This, despite the government's pledge to make these payments in its first year in office, let alone their promise that the programme would be simple and easy to roll out on the ground. 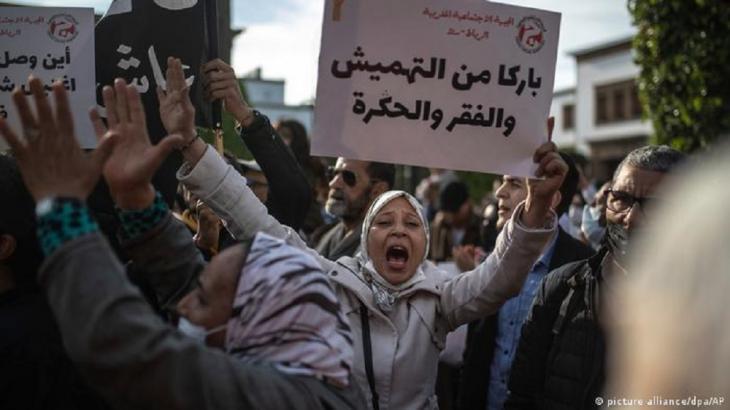 "Akhannouch out!": a surge in inflation across the board, which has seen massive price rises in staple consumables, generated a wave of popular anger on social media for over three weeks in July. Popular rage and indignation have now reached a level where Moroccans joke among themselves about the RNI’s election slogan "You deserve better". They are against the definition of "better" and would prefer the situation to return to the way things were

Then there are the major commitments, which in retrospect seem little more than self-promotion. The government deliberately sets goals which are unrealistic, as is obvious if we look at the statistics. The figures illustrate the difficulty, if not impossibility, of fulfilling such undertakings. In its manifesto, for example, the government promised to lift one million families out of poverty and insecurity, but omitted to offer any explanation as to this would be achieved. They also embraced the challenge of combating unemployment with talk of creating a million job opportunities. Given the billionaire Akhannouch’s experience of economics and business, his government must be well aware that Morocco’s current growth rates cannot achieve this target. The government also heralded a revolution in the education sector, with the goal of making Morocco among the top 60 countries in the world in terms of the quality of education...

Through its official spokesman, the government defended its faltering ability to fulfil a number of commitments, arguing that they had faced two constraints. Firstly, an internal constraint related to the first year’s budget. The spokesman said that it was not really the government’s doing and that it contained elements and hangovers from the previous government's policy; secondly, an external constraint linked to Russia’s unforeseen invasion of Ukraine, which has scuppered budgets and transformed economic calculations across the world.

If the second reason is valid to justify the failure, the first is definitely not. After all, the RNI, which leads the current government, was a key player in the last coalition government. Moreover, it was the RNI which led the campaign to block Abdelilah Benkirane (secretary-general of the Islamist Justice and Development Party) from forming his second government.

Aside from any discussion about what percentage of the manifesto has actually been implemented and so on (anything else might seem like prejudice on this writer’s part against the government), it should be said that the pledges were intended to be implemented within a 5-year timeframe (from 2021 to 2026). The government still has time on its side to make good on its hesitant start and to remedy its inability – noted by observers – to fulfil its promises. This shouldn’t be a problem, given what Akhannouch’s supporters claim are the unprecedented qualifications, capabilities and consensus within the party.

Abdelilah #Benkirane has once again lashed out at the head of Moroccan #government Aziz #Akhannouch, overtly criticizing him over the planned increase in #Morocco's working-class #wages. pic.twitter.com/oib5VQBvG0

If we return to Akhannouch's talk about his government's ability to maintain stability, this is very much up for debate, as it depends on what you mean by stability. Indeed, what stability was the spokesman talking about? A recently published report by the Bank Al-Maghrib (the central bank) expects a slowdown in economic growth. Growth will be less than 0.8%, whilst the government forecast was 3.2%. This comes at a time when Morocco is witnessing a rise in the rate of inflation; it reached 7.7% in the first half of this year. Even those prices which have always been considered primary factors in the maintenance of price stability in Morocco have seen record increases. All consumables have been affected, and petrol has broken records, after the former reached MAD 18 per litre (US $1.6).

These developments generated a wave of popular anger on social media for over three weeks in July. This led to a surge in the hashtag "Akhannouch out" for his responsibility, on two levels, for the rise in fuel prices in Morocco, despite their fall on international markets: first, as prime minister, the ministry which manages the energy sector was under his supervision; second, as the owner of Afriquia, the largest fuel sales and distribution company in Morocco, he was one of the beneficiaries of higher prices. This moral lapse has caused the billionaire Akhannouch’s supporters a lot of embarrassment in the tabloid press. It has rendered them unable to justify the rush to apply the international benchmark only when prices rise, expecting people, when they fall, to believe their excuse that they don’t have any stock.

Popular anger and indignation have now reached a level where Moroccans joke among themselves about the RNI’s election slogan "You deserve better". They are against the definition of "better" and would prefer the situation to return to the way things were. The “better” which was promised may have turned out to be so for a handful of RNI businessmen, but it is definitely not the case for most Moroccans, whose circumstances have gone from bad, with the COVID-19 pandemic (during Saad Eddine El Othmani’s government), to worse, with the war (during Akhannouch’s administration).

Morocco and the return of autocracy: Playing with fire

Nouara may be 65, but she is ready to join thousands of others who burn their ID and pay traffickers for the chance of a new life in Europe. Zineb Bettayeb reports END_OF_DOCUMENT_TOKEN_TO_BE_REPLACED

In Doha, Arabs from Morocco, Tunisia, Egypt and Algeria are gathering to celebrate the first ever FIFA World Cup to be held on Arab soil. The criticism from Europe? Over the top, ... END_OF_DOCUMENT_TOKEN_TO_BE_REPLACED

November 2022 sees the Arab world firmly in the spotlight with the COP27 in Egypt and the FIFA World Cup in Qatar. Public trust in MENA governments is weak, thanks to their ... END_OF_DOCUMENT_TOKEN_TO_BE_REPLACED

After a two-year hiatus, the Arab League re-convened at the beginning of November in Algiers against a backdrop of uncertainty and discord. By Pierre Boussel END_OF_DOCUMENT_TOKEN_TO_BE_REPLACED

In the run-up to the COP27 global climate summit, hosted by Egypt in November, it is worth noting that little rainfall, aggressive heatwaves and worsening drought make the Middle ... END_OF_DOCUMENT_TOKEN_TO_BE_REPLACED
Author:
Mohamed Taifouri
Date:
Mail:
Send via mail

END_OF_DOCUMENT_TOKEN_TO_BE_REPLACED
Social media
and networks
Subscribe to our
newsletter