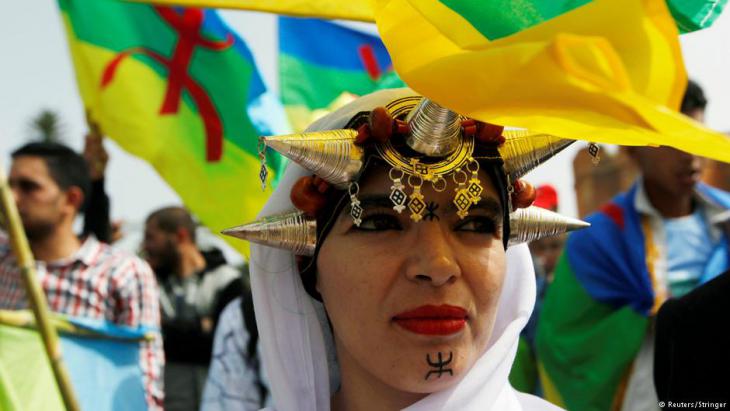 Morocco′s Amazigh captured a historic achievement in 2011 when constitutional measures following the country′s February 20th protests officially recognised the Amazigh culture and language. But six years on, many Amazigh are dissatisfied with the reform process and continue to complain of discrimination. By Matthew Greene

The Amazigh cause was a vibrant component of the protests that emerged in Morocco as part of the popular unrest that spread across most of North Africa and the Middle East in 2011. The movement, which is a collection of assorted associations, joined February 20th demonstrators in demands for freedom and an end to corruption.

Morocco′s Amazigh population is the largest in North Africa, comprising as many as half of all Moroccans. Their communities are located throughout the country, though dense concentrations are found in the Souss, the Rif and rural Atlas Mountains.

The quest for official language status

Leading Amazigh activists and intellectuals continue to argue that any path towards greater democracy in the Kingdom must include an end to their marginalisation. Historically Morocco′s Amazigh have mobilised around issues of culture and language, with a shared interest in earning Tamazight official language status.

Many rights advocates trace decades of institutional discrimination back to Arabisation policies developed in Morocco′s post-independence years. They claim that decisions that included naming Arabic the official language of the state have not only neglected their cultural heritage, but has denied Amazigh educational and employment opportunities, as well as having placed them at a disadvantage in handling legal affairs among other state sanctioned prejudices. 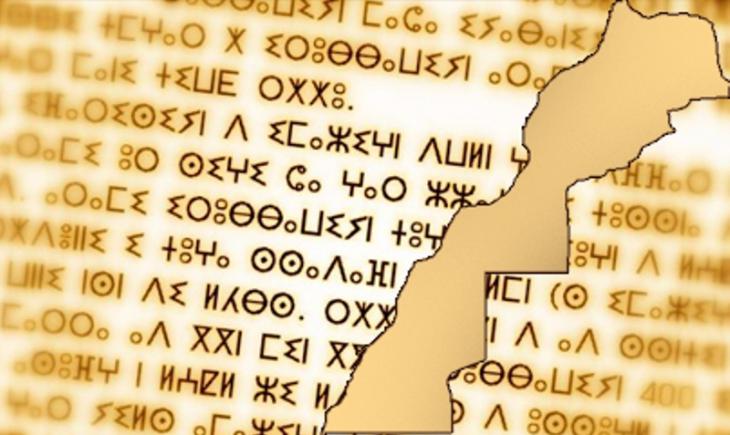 Nothing like official language status: ″in a recent report the National Federation of Amazigh Associations in Morocco criticised draft legislation for lacking the means needed to activate Tamazight. Public and state facilities continue to work in Arabic, while Tamazight remains largely absent from state websites and media, advertising and even most of the country′s road signs,″ observes Greene

During the 1970s, the movement began pressuring the state to recognise Tamazight as a constitutional language alongside Arabic, while radical elements still present today push for the language to replace Arabic in all official matters, including its use in schools and media. According to census figures, approximately 30% of Moroccans speak a dialect of Tamazight, but the true number may be higher claim some critics of the data.

Changes to the constitution addressing Amazigh demands signalled a potential shift in the state′s Amazigh policy. Prominent Amazigh voices welcomed revisions recognising Amazigh language and culture as the movement′s greatest accomplishment in decades. However, they tempered their optimism with a deep scepticism mindful of previous efforts from the monarchy to co-opt the movement.

When Moroccan King Mohammed VI inaugurated the Royal Institute of Amazigh Culture in 2002, some interpreted the initiative as a move to monopolise the Amazigh agenda and fragment the cause. Royal concessions have repeatedly divided the Amazigh over the years, separating those willing to play state politics from those mistrustful of the palace and its history of playing political opponents off against each other.

High-ranking figures across Morocco′s political spectrum frequently reproach the Amazigh movement for its attempts to insert their narrative into national political discourse, accusing activists of stoking ethnic tensions between Moroccans and undermining the nation′s bond to the Arab-Islamic community. 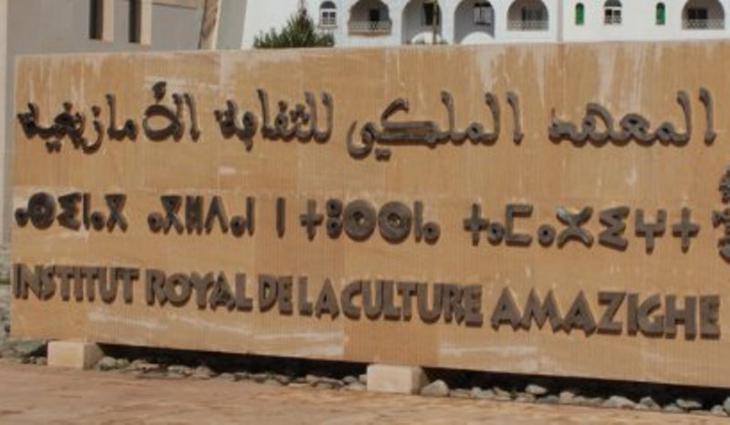 Paying lip service to minority rights: royal concessions have repeatedly divided the Amazigh over the years, separating those willing to play state politics from those mistrustful of the palace and its history of playing political opponents off against each other. When Moroccan King Mohammed VI inaugurated the Royal Institute of Amazigh Culture in 2002, some saw it as a move to monopolise the Amazigh agenda and fragment the cause

Many Amazigh call for a secular state and advocate for a federal system that would challenge the Makhzen′s grip over Morocco′s political process. The Moroccan Amazigh Democrat Party promoted secularism and federalism before it was banned and then judicially resolved in 2008 for violating the country′s ban on ethnically based parties.

Amazigh frustrations have only become more pronounced since expressing their uncertainties in the wake of the constitution′s approval. They have felt neglected by the slow implementation of reforms they had hoped were imminent.

In a report published by the National Federation of Amazigh Associations in Morocco, the group observed that ″in multiple administrative, economic, social, cultural areas, Moroccan legislation still enshrines discrimination against Amazigh people,″ including ″clear discriminatory provisions against Amazigh language and culture.″

The report criticises draft laws for lacking the participatory approach needed to activate Tamazight as an official language. Public and state facilities including hospitals, police stations and courts continue to work in Arabic, while Tamazight remains largely absent from state websites and media, advertising and even most of the country′s road signs.

Meanwhile, it is estimated that only 12% of primary students take Tamazight classes despite the language′s inclusion into the national curriculum in 2003. The state has set goals to introduce Tamazight more widely, especially in majority Amazigh areas, but inadequate teacher training and a debate on how best to standardise the language remain key obstacles.

Ongoing protests in the Rif after the death of a fishmonger last October show few signs of easing up, while steady militarisation in the region has only emboldened calls to end injustice and repression. In the High Atlas, residents of Imider continue to assemble against a royal mining operation they hold accountable for environmental pollution and health defects caused by the project. Meanwhile, in neighbouring Tinghir, the tragic death of a 3-year-old girl last month owing to a lack of medical care has only served to reinforce demands for a lift on economic and social marginalisation faced by the Amazigh communities in the region.

At the annual Tawada march in Rabat, economic and social injustice formed the core focus, as Amazigh activists rallied to ″stop corruption, the looting of resources and discrimination against the Amazigh.″

As the sixth anniversary of Morocco’s new constitution approaches next month, what was a brief promise for the Amazigh movement to form alliances with other national political groups has now unfolded as a potential source of greater polarisation in the country.

Chinese President Xi Jinping's visit to Saudi Arabia in December 2022 may have rattled Washington, but it simply highlighted the Arabs’ desire to diversify their foreign relations ... END_OF_DOCUMENT_TOKEN_TO_BE_REPLACED

Nouara may be 65, but she is ready to join thousands of others who burn their ID and pay traffickers for the chance of a new life in Europe. Zineb Bettayeb reports END_OF_DOCUMENT_TOKEN_TO_BE_REPLACED

In Doha, Arabs from Morocco, Tunisia, Egypt and Algeria are gathering to celebrate the first ever FIFA World Cup to be held on Arab soil. The criticism from Europe? Over the top, ... END_OF_DOCUMENT_TOKEN_TO_BE_REPLACED

"Rebel Game: The Power of Football in the Middle East and the Qatar World Cup", an anthology published by Middle East researchers Jan Busse and Rene Wildangel, takes the upcoming ... END_OF_DOCUMENT_TOKEN_TO_BE_REPLACED

After a two-year hiatus, the Arab League re-convened at the beginning of November in Algiers against a backdrop of uncertainty and discord. By Pierre Boussel END_OF_DOCUMENT_TOKEN_TO_BE_REPLACED

Comments for this article: The long road to recognition

Quick comment to mention that reforms are going on since 2003. Morocco people are one and they will remain one. Nobody can separate us and nobody can stir hate or trouble among our community. The Amazigh community constitutes 2/3 of Morocco government. All the rest is about time and vision but the essentiel which is the article above is about sterile attacks and propaganda to serve non declared political agenda. Thanks

END_OF_DOCUMENT_TOKEN_TO_BE_REPLACED
Social media
and networks
Subscribe to our
newsletter