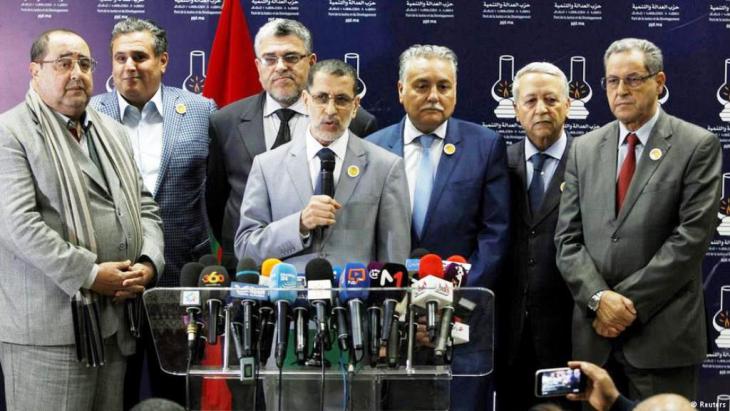 Well in advance of the next elections, the Moroccan authorities are attempting to ensure that parties loyal to the monarchy emerge victorious. Yet unforeseen developments, such as the successful boycott campaign by consumers, are playing into the oppositionʹs hands. By Ali Anouzla

The term of the current Moroccan government, led by the Islamic Justice and Development Party (PJD), is due to expire in 2021. This hotchpotch of parties comprises Islamists, socialists, liberals, former communists and other parties with neither an identity nor ideology. The weekly government meeting, attended by representatives of the various parties, would seem to be all that is holding the coalition together. These days, this potentially explosive mixture of political views appears rather like an expired Molotov cocktail – lacking a fuse, it is likely to see out the end of its term.

Legislative elections have therefore been scheduled for 2021, which will lead to a new government in 2022. With the idea of staving off any surprises emerging from the ballot box, preparations are already underway to pinpoint the various different possible alliances. And yet despite all the measures being taken by the authorities to achieve the desired result, all outcomes are possible and anything could happen.

The Kingʹs absolute claim to power

During the local and general elections held in 2015 and 2016, things did not go as planned. The Islamic Justice and Development Party (PJD) was able to outmanoeuvre to the stage-managed electoral system aimed at preserving the monarchical status quo. Since then, the authorities have been sending out one clear signal after another that they will not allow the same scenario to be repeated in the elections in 2021.

The first of these signals was the authorities’ attempt to weaken the PJD by ousting its controversial prime minister, Abdelilah Benkirane. They even pushed for him to be removed from his position as chairman of the party. By transferring governmental responsibility to less charismatic members of the PJD, they sought to undermine the Party’s popularity and the people’s confidence in it. 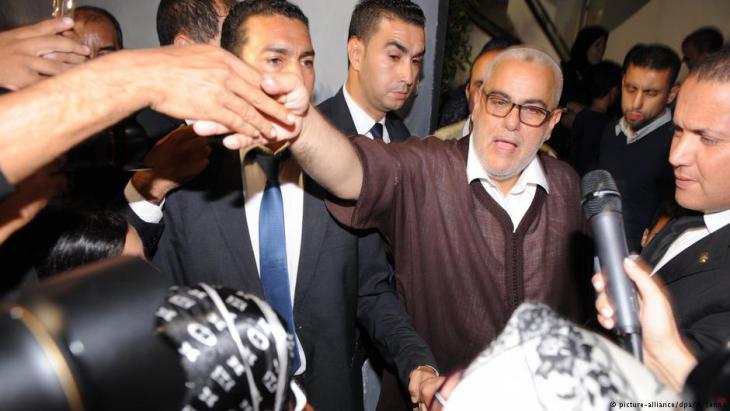 End of the political road for Moroccoʹs prime minister Abdelilah Benkirane: more than five months after the PJD won the parliamentary elections in mid-March 2017, the Moroccan king revoked Benkirane's mandate to form a government. Instead, Saad-Eddine El Othmani was appointed new head of government. El Othmani is a psychiatrist by profession and was head of the "Party for Justice and Development" (PJD) from 2004 to 2008. He was Foreign Minister from 2012 to 2013.

The Royal householdʹs plan has so far succeeded, creating not only disarray within the PJD, but also tarnishing its image among large segments of the Moroccan population.

This is reflected in the growing criticism in social media of the party, its ministers and its prime minister. It has also been increasingly apparent at PJD meetings: at a time when the party is hoping to prevent a united, powerful front, many delegates have simply opted not to attend.

Lastly, the march in solidarity with the Palestinian people, which the PJD called for three weeks ago, provided stark confirmation of its fall in popularity. Unsurprisingly, observers in Morocco are going to be intrigued to see the extent to which the erosion in the party's standing impacts its performance in 2021.

The fact that the authorities already have plans in place to prepare for the coming elections confirms, yet again, their unbroken control over the state apparatus. The key figure in the implementation of these plans is the current Minister of Agriculture, a wealthy businessman and friend of the King. Heading up the "National Union of Independents" party, which emerged from the royal household in the 1970s, he is to set the course for a secure election victory, with the aim of becoming prime minister in 2021.

Following the boycott campaign, however, which took everyone by surprise, this house of cards has begun to collapse. The decision to boycott various consumer goods companies was apparently taken with the aim of criticising the concentration of economic and political power in the hands of a few. Among those targeted was a fuel distribution company that controls 40% of the Moroccan market. It is owned by the very billionaire and minister who harbours aspirations to become the next prime minister. 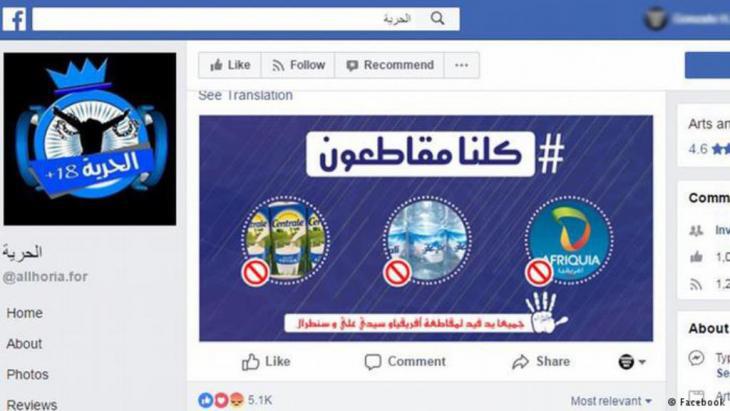 Consumer boycott successful: the authorities apparently feel the need to constantly signal that they are in control of the political situation in Morocco. This however reveals their biggest problem: surprising developments that they can neither foresee nor control – a fact aptly demonstrated by the boycott campaign

The campaign drew attention to this current nexus of wealth and power, highlighting the potential for conflicts of interest when the concerns of a private businessman and the political decision-making process unite in a single individual. As a result, the recent boycott not only meant financial loss to the targeted companies, it also severely damaged the reputations of their owners.

Having been served a broadside by the boycott campaign, the authorities put Plan B into action. When the "Istiqlal" party and the "Party for Authenticity and Modernity" (PAM) elected two technocrats sympathetic to the state authorities as their party chairs, the royal household expressed its approval of the election results.

With the positions assumed by the new party chairs vacated by populists, "Plan B" meant a renunciation by the authorities of the strategy of fighting populism with populism, with which they had previously tried to counter the popularity of Benkirane. At the same time, with its easily controllable technocrats, the state has a few jokers up its sleeve in the run-up to the elections – technocrats notably have no popularity that they could use to personal political gain. And so the authorities remain in control of the situation, with sufficient leeway to take the helm if necessary.

The authorities apparently feel the need to constantly signal that they are in control of the political situation in Morocco. This however reveals their biggest problem: surprising developments that they can neither foresee nor control – a fact aptly demonstrated by the boycott campaign.

It is possible that the economic boycott could develop into a political movement expressed in a boycott of the forthcoming elections. This is the greatest fear of the authorities and of the parties which they have already subordinated to their will. Arguably, all that separates the government parties and the opposition is the extent of their allegiance to the authorities, who still value loyalty over competence.

Home
Print
Newsletter
More on this topic
Morocco's monarchy and the conflict with the PJD: All power to the palaceMoroccoʹs treatment of Hirak El-Shaabi: Fair trial? Fat chanceReform in Morocco: Sapping the political will
Related Topics
Democracy and civil society, Justice and Development party (Morocco), Mohammed VI of Morocco, Moroccan opposition, Rule of law
All Topics

Recep Tayyip Erdogan, disappointed by the European Union’s reluctance to integrate Turkey into its ranks, has re-directed his country’s diplomacy toward the Maghreb and Africa to ... END_OF_DOCUMENT_TOKEN_TO_BE_REPLACED

Using a graphic novel to address a contentious issue like the Algerian war of independence may seem an odd choice, but new release "Algeriennes", translated into English by Ivanka ... END_OF_DOCUMENT_TOKEN_TO_BE_REPLACED

Although a unity government was formed in Libya in March 2021, tensions and possible crises between the political actors are already emerging. What problems does the country face ... END_OF_DOCUMENT_TOKEN_TO_BE_REPLACED

In Islamic mysticism, Ramadan is more than just a period of prescribed abstinence, signifying an opportunity for inner contemplation. Marian Brehmer explores the spiritual ... END_OF_DOCUMENT_TOKEN_TO_BE_REPLACED

Liberal Islam: everything revolves around the Koran. In the search for a liberal interpretation, peculiar constructs occasionally emerge. By Alexander Flores END_OF_DOCUMENT_TOKEN_TO_BE_REPLACED

EU parliamentarian Dietmar Koester criticises the Union's failure to speak up when faced with human rights abuses committed by its Middle Eastern allies, while pointing out that ... END_OF_DOCUMENT_TOKEN_TO_BE_REPLACED
Author:
Ali Anouzla
Date:
Mail:
Send via mail

END_OF_DOCUMENT_TOKEN_TO_BE_REPLACED
Social media
and networks
Subscribe to our
newsletter