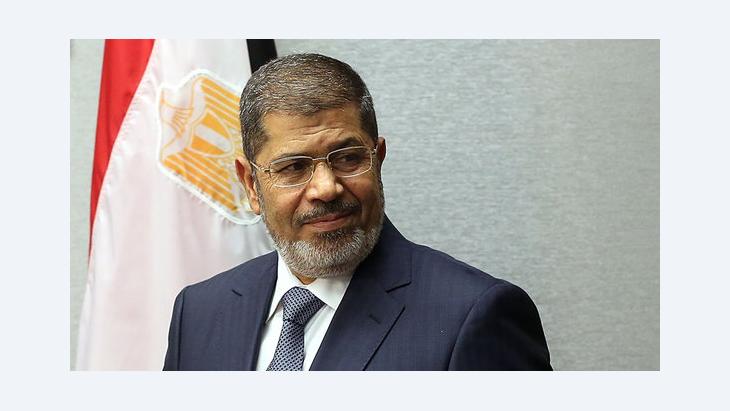 I Am the State!

﻿﻿After his diplomatic success in Gaza, President Mohammed Morsi has begun to move against the judiciary and expand his power in Egypt, all with the support of the military. The opposition has taken to the streets. By Naomi Conrad

﻿"Morsi today usurped all state powers and appointed himself Egypt's new pharaoh," Mohammed El-Baradei tweeted on Thursday evening (21 November 2012). The Nobel Peace Prize recipient and former Egyptian presidential candidate was reacting to a decree issued by Morsi, which expanded the competencies of the chief executive.

Lebanese journalist Eyad Abu Shakra, who lives in London, spoke of a "soft coup" by the Muslim Brotherhood. On Thursday, Morsi decreed that all of the laws created upon his order could no longer be challenged. The Egyptian president also ordered the resumption of legal proceedings against leading members of the deposed Mubarak regime. 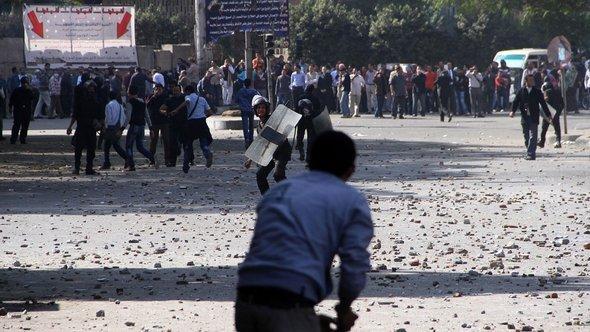 During a rally by 5,000 people Egyptian protesters clashed with security forces near Tahrir Square in Cairo after President Morsi granted himself new powers

​​Morsi also denied the judiciary the right to dissolve the constitutional assembly and replaced the state prosecutor, a holdover from the Mubarak regime. In recent months, the new government had become entangled in numerous power struggles with the judiciary.

Morsi takes on the judiciary and bureaucracy

"Morsi and the Muslim Brotherhood, which stands behind him, definitely fear that the constitutional assembly will be dissolved by a court order in the coming weeks," Stephan Roll, with the German Institute for International and Security Affairs, told DW.

According to Roll, Egypt currently has "its back to the wall economically" and cannot afford any political uncertainty. The fact that Morsi has taken on the judiciary as well as the state authorities demonstrates that "he views his position as strong enough to confront powerful insider networks."

One reason for Morsi's self-confidence is his diplomatic success in brokering the current Israeli-Palestinian cease-fire. On Wednesday evening, that agreement ended the clashes which had broken out over the past week, the worst of their kind since the 2008 Gaza War. The journalist Abu Shakra believes that the Egyptian president now feels that his international position has been bolstered.

Possible discussion between military and Morsi

Roll said that Morsi has also been strengthened by the successful conclusion of loan negotiations with the International Monetary Fund (IMF).

The Middle East expert believes that these developments were the consequence of behind-the-scenes discussions between Morsi and the armed forces. In exchange, the Egyptian president does not have to fear any resistance from the military.

But the political opposition is resisting, with thousands having taken to the streets on Friday. In many cities, the offices of the Muslim Brotherhood were set on fire while the opposition and Morsi supporters clashed with each other. 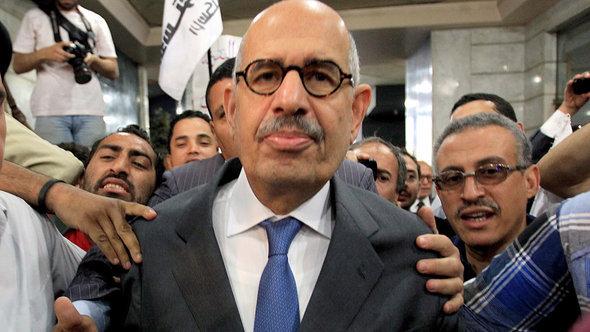 Egypt's President Morsi is seeking near absolute powers that could potentially lead to a civil war, Egyptian Nobel Peace Prize winner Mohamed ElBaradei said on Sunday. "Morsi's power grab is even stronger than that of the pharaohs, to say nothing of his predecessor Hosni Mubarak," ElBaradei claimed

​​"Essentially, protesting in the streets is all that remains," Roll said. That's because in August, President Morsi had already granted himself broad legislative and executive powers. And the president's "sole power" can no longer be lifted by court order or the political process.

The Lebanese journalist Abu Shakra fears that the president's decree is just one more step toward a power grab by the Muslim Brotherhood.

"I think they are becoming very shrewd at covering themselves with a democratic veil," Abu Shakra said. But underneath that veil is a very undemocratic agenda, according to the journalist.

Attempts by DW to contact the Egyptian Muslim Brotherhood for a response to these accusations proved unsuccessful.

At this point, Mideast expert Roll is less concerned about the Brotherhood than Abu Shakra. Roll thinks that Egypt is currently in the middle of a chaotic reform and transformation process, and that it is too early to talk about democracy.

"We have to see whether Morsi will use his power to push this transformation process along or to simply expand his own power," Roll said.

Political analyst Taqadum al-Khatib argues that Egypt can, in co-ordination with its European partners, develop a common vision to solve the complex conflict in Libya. For this to ... END_OF_DOCUMENT_TOKEN_TO_BE_REPLACED

At the suggestion of his Arab students, Israeli psychologist Ofer Grosbard created the project "Quranet", which uses texts from the Koran to solve educational problems in schools ... END_OF_DOCUMENT_TOKEN_TO_BE_REPLACED

Taking the Fridays for Future movement as his starting point, Muslim environmental expert Tarik Quadir talks to Marian Brehmer about the connections between Islam and ... END_OF_DOCUMENT_TOKEN_TO_BE_REPLACED

Muhyiddin Ibn Arabi (1165-1240) is one of the most influential Arab philosophers and mystics. James Morris, Professor of Islamic Theology at Boston College, explains why his ... END_OF_DOCUMENT_TOKEN_TO_BE_REPLACED

As historian Wiiliam Dalrymple writes in his essay, scholars are only now beginning to realise the extent to which the Mughal emperors adopted what most would assume to be ... END_OF_DOCUMENT_TOKEN_TO_BE_REPLACED