Promoting the study of Russian in the Middle East

As in Damascus, a centre for Russian language and culture was opened in Jericho in October, at Al Istiqlal University. The idea for this centre came from the chairman of the university's board of trustees, Tawfiq al Tirawi.

A Fatah official and general, Tirawi was Yassir Arafat's right-hand man and the first head of intelligence for the Palestinian Authority. Although he did not himself study in Soviet Russia, as a member of the Fatah elite, he must certainly have had contacts to the country. Tirawi wants to make Russian Studies a major academic focus at the university in Jericho. The plan is that members of the PA security forces will also be educated there. 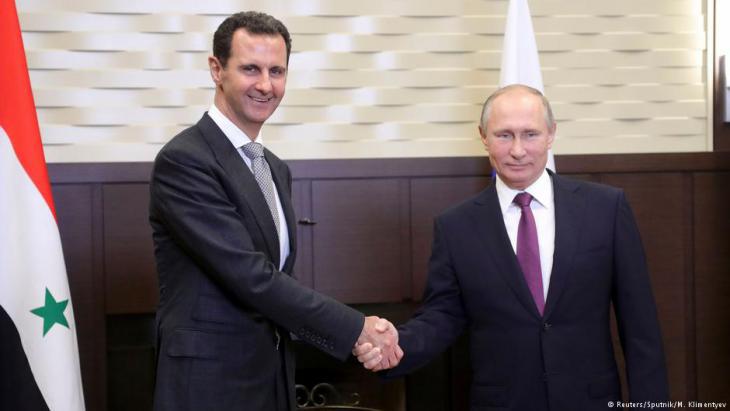 Long-standing ties: There have been Russian cultural centres in Egypt and Syria since the 1960s. Syria is a major focus of Russian foreign policy in the region: a Russian language and culture course was launched at the University of Damascus in 2014 and a Centre for the Russian Language, which among other things trains Syrians to become Russian teachers, was opened in 2017

Closer co-operation between Fatah cadres and the Russian security authorities can therefore be expected, further reinforcing the already lively bilateral cultural exchange. In addition to Jericho, Bethlehem also has a Russian cultural centre, which Putin inaugurated during his visit in 2012.

In May 2017, Bethlehem acquired yet another Russian institution, the Putin Foundation for Culture and Economics, the headquarters of which were officially opened by the Russian President and his Palestinian counterpart via video transmission when they met in Sochi. The building in Bethlehem is located on Putin Street, thus named in 2012.

That same year, Russian was launched as a subject at An-Najah National University in Nablus, located on terrain governed by the Palestinian Authority. The initiator was the historian of ideas Amr Mahamid, who studied in Leningrad and today lives in Israel. In addition to lecturing at the university in Nablus, Mahamid has also been active for many years as an unofficial cultural ambassador for Russia in his Palestinian hometown of Umm al Fahm (today located in Israel), where he runs a small Russian cultural centre. Mahamid, whose father was a founding member of the Israeli-Arab Communist Party in his hometown, has published several books on Russian–Palestinian cultural relations.

One of them is about the history of the Imperial Orthodox Palestine Society founded in 1882, which under its present leader, Sergei Stepashin, a former Russian Prime Minister, has for some time been portraying itself as a symbol of longstanding Russian–Arab friendship. In April, Stepashin visited Damascus and announced the opening of a local branch of the society and a Russian school there.

Generally speaking, Russian–Syrian cultural relations are well and truly alive in the Syrian capital at the moment. The two sides are celebrating being comrades-in-arms once again and hailing their joint victory over "terrorism" – for example in photography exhibitions such as "Syria Will Triumph", which was shown at several venues in Russia and was recently on view in Damascus.

Arab women played a leading role in the protest movement of 2011. Since then, ongoing social transformation has had a considerable impact on their lives. What is their assessment ... END_OF_DOCUMENT_TOKEN_TO_BE_REPLACED

They’ve already got the Louvre; they’ll soon have a Guggenheim Museum as well – and now the Emirates have added literature to their quest for cultural supremacy in the Arab world ... END_OF_DOCUMENT_TOKEN_TO_BE_REPLACED

Years in the making, Sisi's elite New Administrative Capital will isolate most Egyptians from their centres of government in an effort to fortify the regime against any social ... END_OF_DOCUMENT_TOKEN_TO_BE_REPLACED

Professor Timothy Brennan's "Places of Mind: A Life of Edward Said" is a detailed biography of one of the most important intellectuals of the twentieth century, taking us on a ... END_OF_DOCUMENT_TOKEN_TO_BE_REPLACED

China has long portrayed itself as a strong supporter of the Palestinian cause. It has also claimed that in sharp contrast to the stance of the USA, its position is based on ... END_OF_DOCUMENT_TOKEN_TO_BE_REPLACED

Recep Tayyip Erdogan, disappointed by the European Union’s reluctance to integrate Turkey into its ranks, has re-directed his country’s diplomacy toward the Maghreb and Africa to ... END_OF_DOCUMENT_TOKEN_TO_BE_REPLACED

END_OF_DOCUMENT_TOKEN_TO_BE_REPLACED
Social media
and networks
Subscribe to our
newsletter