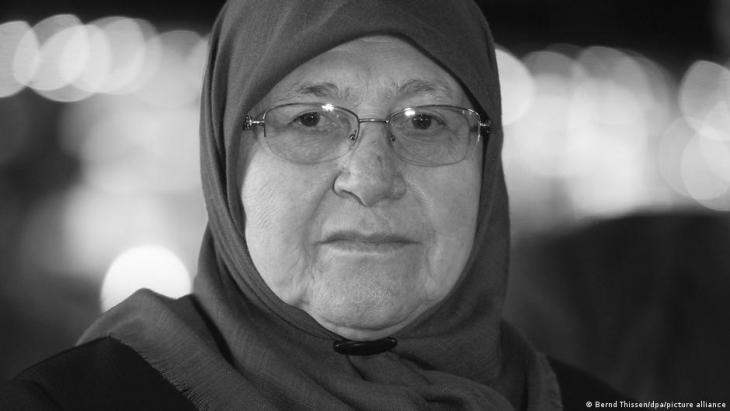 A survivor of a neo-Nazi hate crime, Mevlude Genc's boundless compassion served as an inspiration to an entire generation. Sertan Sanderson explores how her death is a loss for Germany and Turkey

Whenever I drive up the A3 autobahn in Germany, there's an exit that I dread passing: Solingen. A city that once upon a time was primarily known for its artisan knives and scissors has come to symbolise one of the worst hate crimes in modern German history.

I was barely a teenager when five innocent members of an immigrant family from Turkey were murdered in an arson attack carried out by a group of neo-Nazis. Most of the perpetrators were barely older than me at the time. As were most of the victims.

The brutal attack made me question my own identity between multiple cultures. As a relative stranger here myself, I sought to understand how even to begin to react to such an egregious display of hatred.

When riots broke out and spread across the country in the aftermath of the attack, I remember my younger self wondering: how should I react to this? Must we counter hate with hate? And where does all this leave me?

The matriarch of the family killed in the Solingen attack, Mevlude Genc, lived to deliver the perfect response to my questions. She lost two daughters, two granddaughters and a niece in the inferno that engulfed her home in 1993. Instead of hate, Genc – for the rest of her life – sought forgiveness as the answer to what had happened to her family. 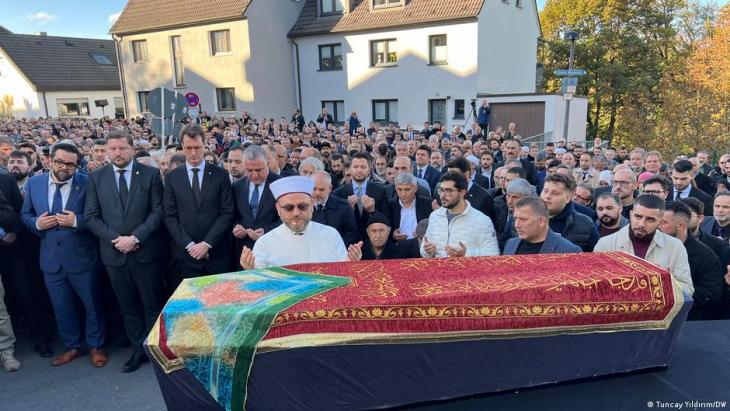 Funeral service for Mevlude Genc on 1 November in Solingen: Genc lost two daughters, two granddaughters and a niece in the arson attack by neo-Nazis in Solingen. Nevertheless, she advocated reconciliation and forgiveness from the attack until her death at the age of 79 on 30 October. "For me, this woman, who took German citizenship two years after the right-wing extremist act in 1995, became a vanguard of peace and reconciliation,“ writes Sertan Sanderson. “Her magnanimity of spirit can perhaps only be compared to the likes of Nelson Mandela and Nadia Murad"

For me, this woman, who took German citizenship two years after the right-wing extremist act in 1995, became a vanguard of peace and reconciliation, whose magnanimity of spirit can perhaps only be compared to the likes of Nelson Mandela and Nadia Murad.

"No hatred for anyone"

"From now on, we must live in brotherhood, harmony and friendship, forever. I have no hatred – for anyone," she said on one of the many occasions during which she campaigned for understanding across cultures and creeds.

With her passing, aged 79, at the end of October, two countries, Germany and Turkey, lost a role model – a woman who stood out with a simple answer to a complex web of hostility toward foreigners, which was only beginning to take hold in Germany at that point.

As a series of targeted killings of people with an immigrant background took place in the early to mid-2000s (known as the so-called National Socialist Underground or NSU murders), Genc continued to appeal to the public to respond with reason and measure and to trust the government to punish the perpetrators and bring justice to the victims and their families.

That government, however, was at best slow in recognising all these heinous crimes as terrorist acts; in some ways, police and intelligence authorities were even complicit in a series of cover-up operations, which slowed the investigation, and may have failed to prevent some of the attacks.

Genc continued to believe in her rock-solid pacifist approach despite all this and expanded her quiet campaign for peace with each award she received, including the highest decoration in Germany, the Order of Merit of the Federal Republic.

Her patience and her trust in goodwill among people informed her actions far more than sensationalist headlines. Hers was a life dedicated to compassion and decency – even in the face of the greatest adversity. One could perversely say that it was indeed a life well lived.

The world has changed since the attack in 1993 and perhaps not for the better. Instead of moving toward unity and understanding, polarisation fuels a narrowmindedness capable of filling entire nations with hate.

What once literally was unspeakable nowadays comes out of the mouths of some of the most powerful leaders in the world. And wherever you turn, migration is still seen as a threat that apparently requires management and mitigation. 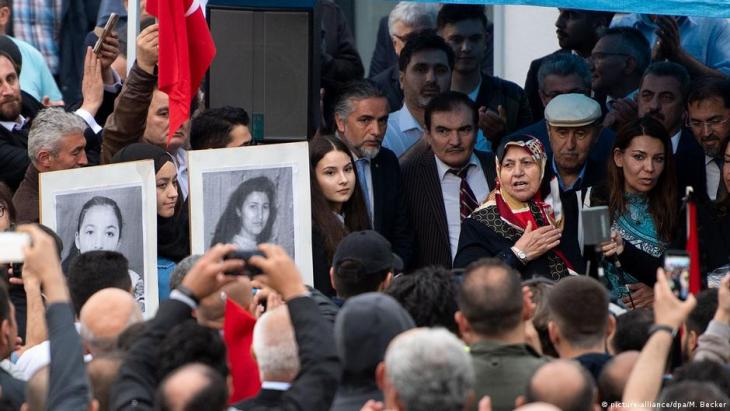 Mevlude Genc at the memorial service 25 years after the arson attack in Solingen: she still hears the cries of her children and her pain will never end, said Genc at the memorial service. But she never thought of leaving Solingen: "Solingen has become my home and I will remain here till I die." The attack sent shockwaves around the world: five women and girls of the extended family of Turkish origin died on the night of Pentecost Saturday 1993 after four young neo-Nazis set fire to their house. The most serious xenophobic crime in the history of the Federal Republic of Germany up to that time was also the result of an aggressive asylum debate that had fuelled an atmosphere of xenophobia

Xenophobic and racist attacks continue to cost lives the world over, as new names have joined the list of places that would make me shudder on autobahns, motorways and interstates across the world: Hanau, Christchurch, Chautauqua.

The list, unfortunately, goes on. There is a physical sense of revulsion that comes over me as I type those names, and I realise that I envy Mevlude Genc – who, despite having suffered so much, stayed true to herself; she never even moved away from her adopted hometown of Solingen despite the tragedy she suffered there.

"I have always lived here, it is my home. The good and the bad both are part of me," she said in an interview on her 70th birthday. "I will remain here until I die."

I wish I could maintain her composure. I wish I had her ability to face calamity with calm. I wish I could simply trust things eventually to balance themselves out. I wish the names of those places weren't charged with so much dread.

Home
Print
Newsletter
More on this topic
Islamisation, a racist conspiracy theory: The hatred of Hanau and its enablersDogan Akhanli: "The tradition of looking the other way"60 years German-Turkish Recruitment Agreement: German-Turks take the arts by storm
Related Topics
'Islamic State' | IS, Democracy and civil society, Dialogue of Religions, Integration in Germany, Islamophobia, Migration, Migration in Germany, Muslim women, Muslims in the West, Racism | discrimination, Right-wing populism, Rule of law, Xenophobia
All Topics

Giessen, Eichsfeld, Kusel, Berlin – cars bearing old German number plates are the latest trend on the streets of Cairo. Many Egyptians regard the discarded plates as chic. What ... END_OF_DOCUMENT_TOKEN_TO_BE_REPLACED

Tunisia has been going through a severe economic and political crisis in recent years. More than one in three young people there are unemployed. For many skilled, qualified and ... END_OF_DOCUMENT_TOKEN_TO_BE_REPLACED

German imams have publicly expressed their solidarity with the women of Afghanistan. In a letter of protest, the clerics say that the Taliban regime's decree barring women from ... END_OF_DOCUMENT_TOKEN_TO_BE_REPLACED

At the end of every year, the team at Qantara.de gives you a run-down of the ten most-read articles on the site over the past 12 months. Here is a quick overview of the stories ... END_OF_DOCUMENT_TOKEN_TO_BE_REPLACED

Social engagement is often motivated by religious factors. A new book explores the background to these community efforts and appraises how effective they are in helping to ... END_OF_DOCUMENT_TOKEN_TO_BE_REPLACED

The government in the Netherlands, one of the last European nations to abolish slavery, has made an historic apology. But some feel that there is still a long way to go. By Ella ... END_OF_DOCUMENT_TOKEN_TO_BE_REPLACED
Author:
Sertan Sanderson
Date:
Mail:
Send via mail

END_OF_DOCUMENT_TOKEN_TO_BE_REPLACED
Social media
and networks
Subscribe to our
newsletter