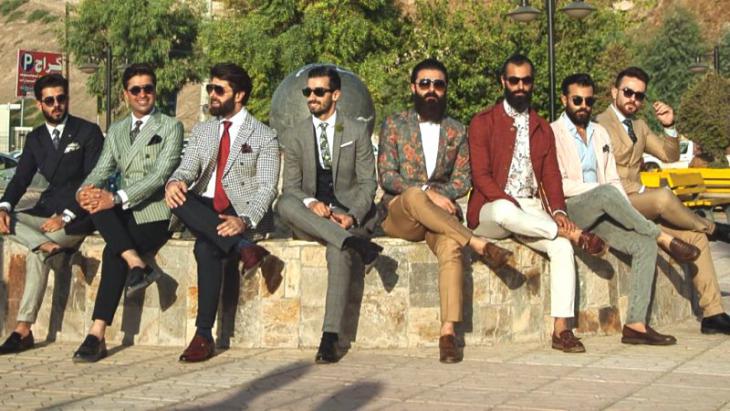 The fashion bloggers of "Mr. Erbil Gentlemenʹs Club" from Kurdistan are a worldwide success. They wish to tell the true story of life in their homeland. At the invitation of the German Foreign Office, they came to Berlin for a visit. By Annette Walter

They wear button-down shirts, vests, suit trousers, ties and wristwatches, their hair is perfectly styled, their beards accurately trimmed. When it comes to style, the members of "Mr. Erbil Gentlemanʹs Club" make quite an impression when we meet them during their visit to the Goethe-Institut Berlin. The well-tailored gents all come from Kurdistan, an autonomous area in Northern Iraq. The participants are special because they are the only ones in this region who have attracted international attention as bloggers, influencers and fashion designers.

At first glance, it seems unusual that this fashion-conscious group came together to inspire the world with their sense of style. Even though Erbil is considered comparatively safe within Iraq, most news that has reached the public in recent years has been about the regionʹs unstable political situation. But thatʹs what "Mr. Erbil Gentlemenʹs Club" wants to change. More than 90,000 people follow the creative collectiveʹs posts on Instagram.

Now, seven of the 15 members visited Berlin at the invitation of the German Foreign Office. At the Bread and Butter fashion fair they found inspiration for their work, made contacts with potential customers and business partners and talked shop with fashion blogger Carl Jakob Haupt (Dandyʹs Diary). 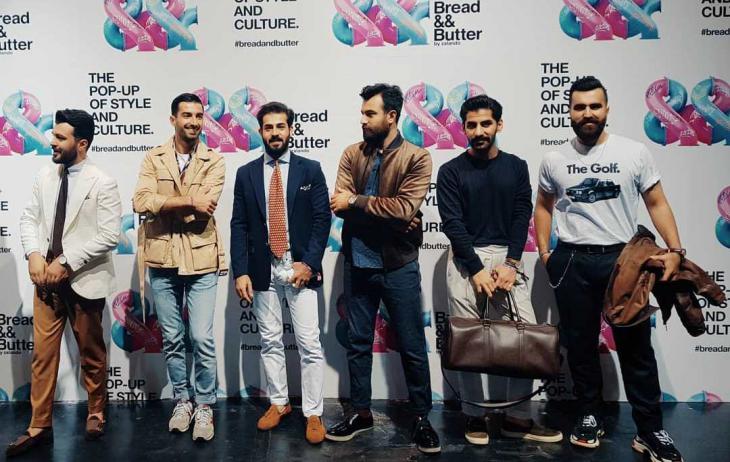 Blazing a trail for Kurdish youth: one of the collective, Rawa Ali, says that for him and his friends, leaving the country was out of the question. He is optimistic about the future. "If you have a dream, you can make it come true in your homeland. We want to be role models and show that obstacles can be overcome"

Fashion a means to an end

Mr. Erbilʹs desire to change how their country is perceived in the international media has succeeded so far. They demonstrate that everyday life in Kurdistan is by no means dominated by violence. In 2016, the club was founded by young men between the ages of 20 and 30. At that time, many young people were leaving the country because the economy was in a serious crisis, recalls Rawa Ali. The terrorist militia Islamic State had brought territories only 50 kilometres from Erbil under their control.

Ali knows the biases towards his homeland. "Anyone who travels to Iraq is asked if heʹs crazy," he explains. In Erbil, however, everyday life is quite ordinary. "We feel safe and, just like Europeans, we go to cafes. We want to show the world that television reports show a very different picture from what we experience in the city ourselves. We want to tell the media the true story of life in our homeland. Fashion is a means for us to transport this message."

For him and his friends, leaving the country was out of the question. "If you have a dream, you can make it come true in your homeland," Ali says. He is optimistic about the future, and continues: "We want to be role models for our youth and show that obstacles can be overcome." His friend Omer Rafiq emphasises, "It has always been peaceful where we live. To demonstrate that weʹve posted photos and videos of public places and historical sites like the citadel to show the world what real life looks like in Erbil."

From Erbil to Europe

So far, Mr. Erbil has launched three products: there are fine grey and brown ties made of goatsʹ hair by local tailors and packaged in handmade wooden boxes. Beard oil and beard combs complete the assortment. But the sale of products to other countries is difficult. "If we send a package from Erbil to Europe, the cost of postage alone is $90," says Salih Ali.

The group wonʹt be discouraged, but has already planned its next project. They want to set up a studio in Erbil, with a hair salon, cafe and shop. The business plan is already in place; they have been working on it for a year and are now looking for investors. The assortment will be enhanced with suits and vests. It is also important for the group to increasingly put women in the limelight. They post a story of a woman making a name for herself in Kurdistan – whether as an entrepreneur, artist or activist – on Instagram every Thursday under the heading "Womenʹs Inspiration". In this way, the gentlemen draw a multi-faceted portrait of their society.

German Middle East analyst Guido Steinberg and television journalist Ulrich Tilgner have both published new books on the conflicts in the Middle East. Their analyses and their ... END_OF_DOCUMENT_TOKEN_TO_BE_REPLACED

The Pope’s journey to the "land between the rivers": places of terror and a dialogue to promote hope and optimism. His meeting with Shia Grand Ayatollah Ali al-Sistani was a ... END_OF_DOCUMENT_TOKEN_TO_BE_REPLACED

When Pope Francis sets foot in Iraq, he will be breaking historic ground while manoeuvring religious and political minefields. So will his foremost religious counterpart, Grand ... END_OF_DOCUMENT_TOKEN_TO_BE_REPLACED

Iraq's Christian minority has dealt with decades of persecution – and many are sceptical about whether a four-day visit by Pope Francis will make a difference. By Cathrin Schaer ... END_OF_DOCUMENT_TOKEN_TO_BE_REPLACED

For years the Arab intellectual elite looked to Lebanon, coveting its atmosphere of freedom. Feigning the non-existence of repression, Beirut welcomed intellectuals from across ... END_OF_DOCUMENT_TOKEN_TO_BE_REPLACED
Author:
Annette Walter
Date:
Mail:
Send via mail

END_OF_DOCUMENT_TOKEN_TO_BE_REPLACED
Social media
and networks
Subscribe to our
newsletter