Nearly 34 years after her death, she provokes more controversy than ever before: Latife Ussaki, Atatürk's wife. But now a book sheds a new light on her: "Latife Hanim", by the journalist Ipek Calislar, is a surprising and controversial portrait, presented here by Nimet Seker

​​Not only does Ipek Calislar describe Latife's political work at Atatürk's side, she also investigates the question of why she was publicly maligned. When Latife Ussaki entered the box of the Diplomatic Corp of the Turkish Parliament in Ankara in February 1923, heads wearing white turbans, red fezes and dark fur hats turned toward her; a deep silence settled over the gathering. The French and Soviet ambassadors rose from their seats.

The wife of Mustafa Kemal had come to hear the speech that she and her husband had written together the evening before. Until that moment it would have been unthinkable for a woman to enter the Parliament. After the speech, one of the MPs said to Latife: "In you, Turkish women have experienced a revolution today!"

A few months later parliamentary elections were held. Latife Ussaki informed Mustafa Kemal that she would like to join Parliament as an MP. At this point in time, the Republic had not yet been proclaimed, nor did women have the right to vote. Latife Ussaki was far ahead of her time.

Nonetheless, until the publication of the book "Latife Hanim", she was regarded as the rebellious, quarrelsome woman whom Atatürk divorced after two and a half years of marriage.

A different picture of Latife Hanim

Dissatisfied with this picture, Turkish journalist Ipek Calislar engaged in long and meticulous research to present a surprising portrait of Latife Hanim. This book, which aimed to correct the image of Latife Hanim, caused a sensation when it was published in Turkey in 2006. Not only did it become a bestseller, it prompted a lawsuit against the author.

But who was this woman at Atatürk's side, that she still exerts such fascination in Turkey?

Courageous, eloquent and strong-willed: Latife Hanim had studied law at the Sorbonne and spoke a number of languages

​​Piece by piece, Calislar draws on her research to puzzle together a nearly complete picture of Latife Hanim, who came from the wealthy merchant family of the Usakizades from Izmir and was then regarded as the richest woman in the country.

She was educated in Europe, studying law at the Sorbonne, a highly-educated woman who spoke a number of languages. Courageous, eloquent and strong-willed, she was an extraordinary woman.

The two met in 1922 shortly after the liberation of Izmir at the home of the Usakizades, as Mustafa Kemal was turning the villa into his headquarters for the liberation struggle.

Latife burned with enthusiasm for Atatürk's war of liberation. And Atatürk shared and valued her ideas on modernizing Turkey. Even before their marriage Latife took care of some of his political tasks, such as writing a diplomatic missive to the English navy.

An incomparable breach of taboo

It soon becomes clear that Latife stood by Atatürk in the politically crucial phase. Even their religious wedding ceremony was an incomparable breach of taboo: contrary to tradition, Latife Hanim, rather than a guardian, sat at the table, and Atatürk paid the negligible sum of ten Dirhems as a bride price, symbolizing the equality of men and women.

Latife's public appearances with Atatürk also verged on the scandalous: Latife hardly ever wore a veil, sporting breeches in several photos; she spoke about women's rights at public occasions and disregarded the separation of the sexes that was then prevalent even among the political elite. Atatürk and his wife were living examples of the revolution in gender relations.

In Atatürk's eyes, Latife represented the woman of the future. It is clear that Mustafa Kemal and Latife were in love, but it was more than a marriage for love: "I am not getting married in order to get married. In order to create a new family life in our fatherland, I must set a good example myself. Are women to remain eternal servants?", asked Atatürk. 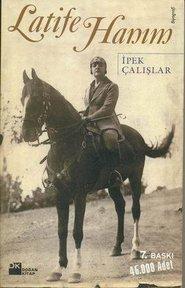 After the divorce, public opinion became dominated by the image of a sharp-tongued, quarrelsome woman who strained Mustafa Kemal's nerves - cover of the 2006 Turkish edition

​​But after just two and a half years, Atatürk divorced her, and Latife was forgotten or maligned. Public opinion became dominated by the image of a sharp-tongued, quarrelsome woman who strained Mustafa Kemal's nerves.

The form of the divorce is interesting: Atatürk divorced her unilaterally, according to Islamic law, with a two-line declaration. The modern divorce laws which Latife had helped initiate had not yet come into effect.

After the divorce, Latife was suddenly transformed from a hero into an outcast, retreating into private life and avoiding publicity. In the 1950s a virtual smear campaign was launched against her, but failed to banish her from memory. Latife Hanim seems to have become deeply embedded in the Turks' consciousness.

Ipek Calislar is not only interested in the crucial political phase in which Latife stood by Atatürk's side; she also researches Latife Hanim' life after that.

She examines the question of why Latife Hanim was publicly maligned, but refrains from offering definite answers; Calislar is aware that not all the documents are available. Some documents are still held by the Turkish Historical Society and cannot be accessed.

Not a word about the statesman 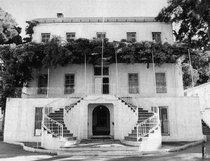 ​​Aware that she was suffering from cancer, Latife is believed to have destroyed many private letters and documents before her death. After the divorce she did not say a word about the statesman in public, and did not mention the reasons for the divorce.

One reason for the smear campaign is probably envy, as well as a power struggle between Latife and the other political leaders surrounding Atatürk in Ankara: Latife knew a great deal, she was Atatürk's confidante and his political comrade-in-arms.

Her language skills gave him access to the rest of the world; she had contacts with foreign journalists and summarized the foreign press for Atatürk every day. She also helped shape his ideas, putting pressure on the statesman to allow women to doff their veils.

She also supported the development of civil laws that would prohibit polygamy and men's unilateral right to divorce, both of which were permitted under Islamic law.

Roses after the divorce

Calislar also shows contradictions in Atatürk's personality: he saw his wife as a role model for modern Turkish women, but he clearly divorced her according to Islamic law.

Thus Calislar's Atatürk shows a human side: he is a man who pays no concern to his health, who makes Latife a poetic marriage proposal, who asks his wife to play Tschaikovsky at dinner parties. Even after the divorce he continued to send her roses. On the other hand, he had clear authoritarian traits – but these can be seen in Latife as well.

In Turkey Latife Hanim continues to provoke much speculation and discussion. On the 30th anniversary of Latife Hanim's death, just one year before the publication of this book, a heated debate over the personal documents in the archive of the "Turkish Historical Society" broke out. What did these documents contain? Could they possibly shed a new life on the great statesman, on Latife and the early years of the Republic?

After reading the portrait, this much becomes clear: without Latife Hanim at Atatürk's side, the initial years of the republic, especially with regard to emancipation and progress in women's rights, would have taken a different course.

Even if Calislar's exploration seems to go into too much detail and depth in many places, her book is an important contribution toward a realistic picture of Latife Hanim and the initial years of the Republic under Atatürk.

Kemalists versus Liberal Intellectuals in Turkey
Promoting the Kemalist Personality Cult and Keeping Rank
Against the backdrop of the recent demonstrations held "in defence of the secular republican order", Günter Seufert profiles the nationalist discourse in Turkey, which condemns everything that is not in line with Kemalist dogma

Documentary about Mustafa Kemal Atatürk
A Film Has Turkey Talking
A documentary on the founder of the Turkish Republic is causing a stir in Turkey. As young audiences in particular engage with the controversial film, the filmmaker and journalist Can Dündar is increasingly coming under attack. Yet he is anything but a strong critic of Atatürk. Jürgen Gottschlich has the details

END_OF_DOCUMENT_TOKEN_TO_BE_REPLACED
Social media
and networks
Subscribe to our
newsletter