The first victim of a series of high-profile assassinations was Abdul Majid al-Khoei, the son of the Shia Grand Ayatollah Abu al-Qasim al-Khoei. He was murdered on the square in front of the Ali Mosque in Najaf. It was a horrific attack that showed where Iraq was heading, an Iraq where the fight to seize power eventually got out of control.

On 29 August of the same year, the chairman of the former Supreme Council for Islamic Revolution in Iraq, Mohammad Baqir al-Hakim, was killed by an explosion at one of the entries to the very square where al-Khoei had been assassinated. Less than a month later, on 25 September 2003, Aqila al-Hashimi, who served on the Iraqi Governing Council, was shot dead by persons unknown outside her home in western Baghdad. According to her killers, she had to die because she did not wear a veil and was an outspoken supporter of secularism.

On 17 May 2004, Ezzedine Salim, president of the Iraqi Governing Council, was killed when his convoy was rocked by an explosion at the entrance to the Green Zone in Baghdad. His assassins melted into the undergrowth of the countless armed groups in the country.

These political assassinations were just the beginning of the bloodshed that has continued under a variety of different banners for 14 years. Baghdad and the cities in southern Iraq were and still are particularly badly hit by assassinations like these and kidnappings. Any attempt to solve these crimes can mean years of dangerous investigations that could end in the death of the investigators. 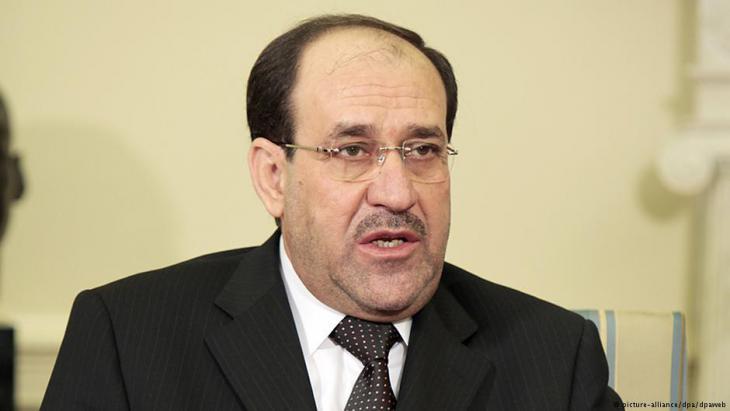 Culture of violence: for eight years, Nouri al-Maliki, who had the support of Iran, remained in power in Iraq. During this time, he did not succeed in guaranteeing even a minimum of public services and law and order. This led to political and social protests in a number of Iraqi cities, to which al-Maliki's government responded with excessive violence and the intimidation of opponents

Al-Maliki's violence against his own people

For eight years, Nouri al-Maliki, who had the support of Iran, remained in power in Iraq. During this time, he did not succeed in guaranteeing even a minimum of public services and law and order. This led to political and social protests in a number of Iraqi cities – Shia and Sunni cities alike. Al-Maliki's government responded to these demonstrations with excessive violence. Opponents were intimidated and criminally prosecuted. The government even went so far as to have opponents abducted or killed. These measures led to a climate of violence that was reminiscent of the brutal rule of the Baath Party.

On 25 February 2011, hundreds of thousands of people in Baghdad and other cities across the country took to the streets in protest. They were protesting not only about the failures at a political level and al-Maliki's attempt to rule alone, but also about the government's inability to ensure law and order and provide functioning public services.

Historically Iraq's Yazidi community was isolated, under-resourced and very conservative. Seven years after the "Islamic State" tragedy, the community is more open to the world – ... END_OF_DOCUMENT_TOKEN_TO_BE_REPLACED

Asef Bayat, professor of Sociology at the University of Illinois, Urbana-Champaign, has been studying revolutions and how they affect people since 1979. In his recent book, " ... END_OF_DOCUMENT_TOKEN_TO_BE_REPLACED

Young people in northern Iraq are so disillusioned that many are trying to leave the country any way they can. Some fear widespread discontent could push people toward potentially ... END_OF_DOCUMENT_TOKEN_TO_BE_REPLACED

In this new bilingual edition, translated by Humphrey Davies, al-Jawbari, one of the thirteenth century's leading experts in skullduggery reveals all there is to know about the ... END_OF_DOCUMENT_TOKEN_TO_BE_REPLACED

In Iraq, returning families of IS fighters have to turn to local initiatives for help, as there is no official path home. Judit Neurink met with families on the ground END_OF_DOCUMENT_TOKEN_TO_BE_REPLACED
Author:
Safaa Khalaf
Date:
Mail:
Send via mail

END_OF_DOCUMENT_TOKEN_TO_BE_REPLACED
Social media
and networks
Subscribe to our
newsletter