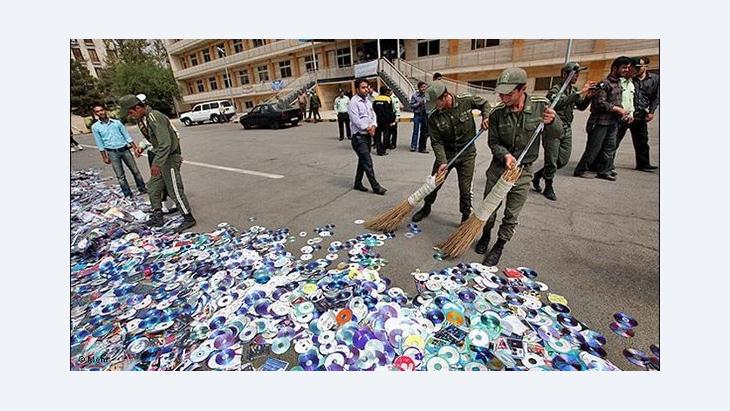 Musicians in Iran
An Uphill Struggle All the Way

With heavy censorship and no copyright laws, being a musician in Iran is a thankless job. Bamdad Esmaili spoke to a number of Iranian musicians about the manifold challenges they face

The presidential elections in Iran four years ago and the waves of protest they unleashed remain fresh in many people's minds, particularly now that the country went to the polls again on 14 June. In 2009, songs relating to the so-called "Green Movement" sprang up like mushrooms. Musicians inside and outside Iran released new material inspired by the political protest movement on the Internet on a daily basis.

Singer Arya Aramnejad from Babol in northern Iran was among them. His song "Ali Barkhiz", which he put out during the religious Ashura festival in 2009, proved his undoing. In the music video for the track, he sang, "What sin have the people committed? / We just want freedom", while showing scenes of bloody clashes between militia and demonstrators.

Aramnejad went on to call upon the imam Ali, considered by many Muslims to be the very first imam, to rise up and do something. As a result of his song, the musician was repeatedly sent to prison, where he suffered many reprisals. He was only released again in early 2013.

Threats and repression at home and abroad

Arya Aramnejad's case is not unique. Another Iranian musician, who became world famous overnight, is Shahin Najafi, who now lives in Cologne, Germany. His song "Naghi" caused a stir in 2012. Iran's religious leaders claimed that the singer had insulted the imam named in the song's title. 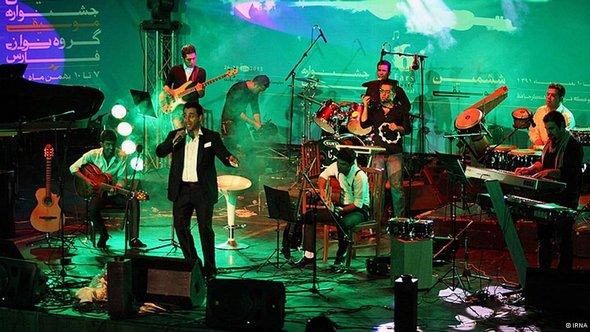 According to Bamdad Esmaili, musicians in Iran enjoy very little artistic freedom. This is confirmed by 32-year-old Shahin Najafi: "A singer who wants to perform live in Iran has to stand there like a piece of dead wood and is not allowed to move to the music"

Their disapproval led ﻿various ayatollahs to issue no less than four fatwas (Islamic religious rulings). These fatwas gave any Muslim in the world permission to kill Najafi. One Shia website even offered a bounty of $100,000 (€75,000) to anyone who did so. Fearing for his life, Najafi went into hiding for several months and was given police protection. According to Najafi, his situation was far from simple even before he left Iran.

"A singer who wants to perform live in Iran has to stand there like a piece of dead wood and is not allowed to move to the music," says the now 32-year-old. This is problematic for Najafi, who wants to behave on stage like Western performers: "Why are musicians like Bob Dylan or Metallica allowed to thoroughly enjoy their performances on stage, but we aren't?"

Because he was unwilling to stick to the rules, members of the militia stormed one of his illegally organised concerts in September 2004. Najafi faced criminal charges, but was able to flee to Turkey just before his court case got underway. He applied for political asylum in Germany eight years ago.

Not everyone encounters as many difficulties as Shahin Najafi. Musicians whose trade is sanctioned by law in Iran have it much easier. They typically perform traditional songs, making sure not to deviate from the dictates of Ershad, the Ministry of Culture and Islamic Guidance. If they remain uncontroversial, they are allowed to produce albums.

For pop musicians, though, things are different because they often draw on Western musical elements, which the government regards with suspicion. Lyrics are not allowed to be critical of Islam or the regime, nor are they allowed to sound too modern or too "Western".

Audiences at concerts are not allowed to either dance or clap. The general atmosphere of prohibition leads many Iranian musicians to release their music illegally and without any permits. 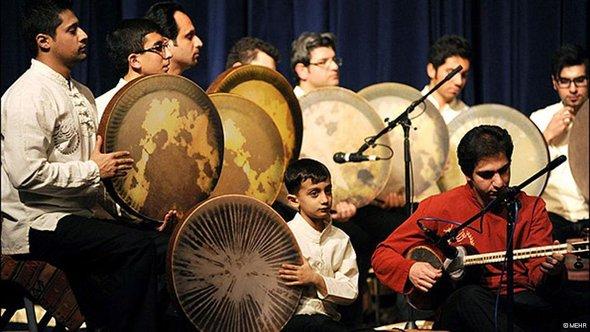 No Western influences allowed: musicians who play by the rules drawn up by the Iranian Ministry of Culture and Islamic Guidance are free to perform and to record albums. According to Bamdad Esmaili, most of these "legal" bands perform traditional music

Pop musician Alireza Bolouri, for example, has been playing this game of hide-and-seek with the authorities for over ten years now. "Although we are operating within the legal framework of an Islamic country, many of us cannot give any public concerts," says the 37-year-old from Tehran. As a result, Bolouri cannot perform on big stages and instead earns his living by performing at company parties or wedding ceremonies.

But the artists need money to produce videos and album – both of which are expensive. This is why a huge market has developed in recent years, albeit outside the country. Artists with ties to the West are performing more often in Europe and the US, including Alireza Bolouri. For the Persian New Year in March 2013, he gave his first European concert in Bonn, Germany.

For several years now, exiled Iranians have been organising a growing number of concerts for wealthy Iranians; not in Iran, but in neighbouring countries. In Dubai, Turkey and even in Iraq's Kurdish region, pop concerts featuring popular Iranian stars like Googoosh, Ebi or Darvush have been taking place. Fans from Iran travel in droves to these concerts in order to see their idols perform live.

But the problems for Iranian musicians don't end there: bootlegging and unauthorised copying are rampant. The country has no copyright laws, so songs can quite easily be reproduced on the Internet. This puts artists in a difficult financial situation, says Siamak Khahani, violinist in the Iranian pop band Arian.

"We never really noticed it before; we were breaking sales records in Iran with our albums," the musician recalls. "But those days are over, even though we are still the same band, making the same music." Siamak Khahani hopes that Iran will soon introduce a new copyright law that ensures musicians are able to live from their art. Until then: "We all have other jobs. Music can only be our hobby."

Home
Print
Newsletter
More on this topic
Interview with the Iranian Virtuoso Kayhan Kalhor: For the Love of ImprovisationProgressive Rock Music in Iran: A Darkening of the Emotional StateProtest Songs in Iran: Tired of the Kiss of the WhipThe Iranian Rock Band "Kiosk": Musical Nomads
Related Topics
Iranian music, Musical worlds
All Topics

Mourad al-Marouai was just nine when a landmine killed him on a beach in war-torn Yemen, a tragedy that will haunt his family forever. After a swim, the little boy "suddenly ... END_OF_DOCUMENT_TOKEN_TO_BE_REPLACED

This year’s Morgenland Festival opened with the premiere of Kinan Azmeh’s musical theatre piece, “Songs for Days to Come”, based on fifteen poems by contemporary Syrian poets. ... END_OF_DOCUMENT_TOKEN_TO_BE_REPLACED

Rumi's poems, though generally stripped of their Islamic symbolism, are hugely popular around the world. Yet Islamic mysticism is still very much at the heart of these verses. ... END_OF_DOCUMENT_TOKEN_TO_BE_REPLACED

The Ukraine war is changing the global geopolitical landscape. Ali Khamenei, Iran's most powerful man, is already cosying up to Russia in anticipation of a harsh post-war reality ... END_OF_DOCUMENT_TOKEN_TO_BE_REPLACED

Analyst Iyad El-Baghdadi examines the ongoing tensions between the United States and the two Gulf states – Saudi Arabia and the UAE – and their geopolitical implications in ... END_OF_DOCUMENT_TOKEN_TO_BE_REPLACED

The Ukraine war has seen energy prices spike with oil producers in the Middle East making more money than ever. But will it put the brakes on long-planned reforms to diversify oil ... END_OF_DOCUMENT_TOKEN_TO_BE_REPLACED
Author:
Bamdad Esmaili
Date:
Mail:
Send via mail

END_OF_DOCUMENT_TOKEN_TO_BE_REPLACED
Social media
and networks
Subscribe to our
newsletter