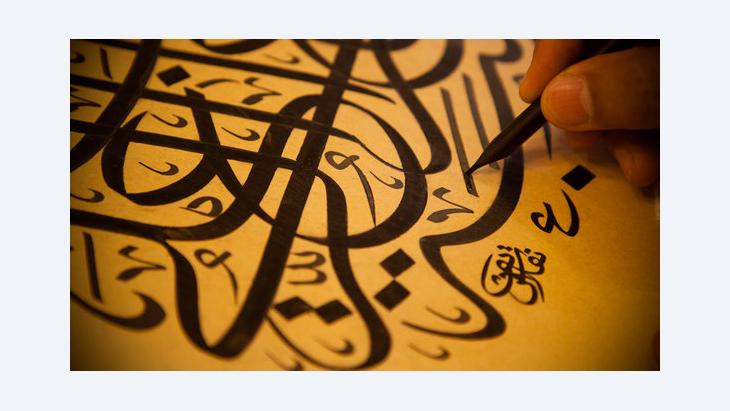 The ''True'' Aesthetic of Islam

Does art have to be consonant with the religious dictates of Islam? In Egypt, orthodox and secular Muslims cannot agree on whether and what extent art should serve a moral purpose. By Joseph Croitoru

Long before the revolutions in the Arab world, conservative Muslims had already begun positioning themselves against secular art concepts. The Palestinian group Hamas was one of the first to create an especially radical form of "Islamic art" (fan islami), with the glorification of its suicide bombers in poetry and music clips. 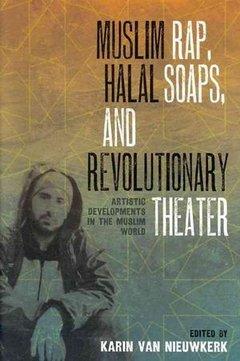 "Art with a mission". "Muslim Rap, Halal Soaps, and Revolutionary Theater" explores the vital intersection between artistic production and Islamic discourse in the Muslim world

​​This example had an inspiring effect – but its impact clearly went further than that. It also discouraged those devout Muslims who are searching for appropriate art forms but who do not condone violence.

In her field research, Dutch anthropologist Karin van Nieuwkerk established that for several years now and especially within the Egyptian debate, the concept of "fan islami" in its militant interpretation is increasingly being displaced by newer and more broadly conceived terminology ("Of Morals, Missions, and the Market: New Religiosity and 'Art with a Mission' in Egypt", in: Muslim Rap, Halal Soaps, and Revolutionary Theater. Artistic Developments in the Muslim World, by Karin van Nieuwkerk, University of Texas Press, Austin 2011).

First and foremost, it is the term "fan hadif" that is increasingly prevalent. The author translates this expression as "art with a mission". At this juncture one could also equally talk about committed art in a social-moral sense, art that must be consonant with religious dictates.

It is striking that several of the anthropologist's interview partners have avoided labelling this art approach as exclusively Islamic, although they are devout Muslims.

One of them is Nur al-Hada Saad, publisher of the Egyptian family magazine "Al Zuhur" (flowers), closely aligned with the Muslim Brotherhood. The journalist, who was born in 1963, insisted that a genre of art defined as Islamic must not automatically go hand in hand with any moral engagement that in her view amounts to the essence of "fan hadif".

Art inextricably bound up with religion

But above and beyond finer conceptual details such as these, it appears that what we are dealing with here is essentially and clearly a religious-Islamic counterculture that perceives itself as in opposition to Arab entertainment culture under western and secular influence. The latter is denounced by its devout opponents in the discourse as "lower art" (fan khabit), the corrupting influence of which they are determined to fight. 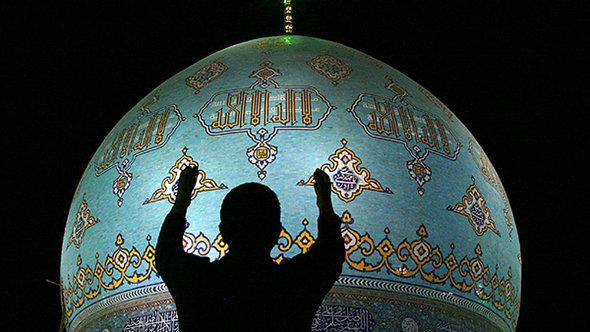 Union of art, beauty and religion: in Islam, aesthetic enjoyment is indivisible from religious devotion, writes Joseph Croitoru. Pictured: A man prays in front of the main mosque in the Iranian city of Qom

​​It cannot be the task of art and entertainment, they warn, to disseminate the indecent and the obscene. It should however offer moral orientation and at the same time also ensure that the "true" aesthetic of Islam is not wrongly interpreted by "bigoted Muslims".

Interviewees thereby stress that Islam and art have been inextricably bound up with one another from the outset. They also make reference to the duty to design the mosque as a place of beauty, and also to the Koran, venerated by practising Muslims as a linguistic masterpiece.

A hadith is frequently quoted in this context: "God is beautiful, and he loves beauty." This also forms the basis for the belief that in Islam, aesthetic enjoyment is indivisible from religious devotion. The pleasure derived from morally engaged art, says popular Egyptian actor Abdelaziz Makhyun, should motivate people to devote their energy to a good cause, instead of wasting it on the purely sensual enjoyment of "lower art".

Critics of this art concept such as the Egyptian film director Daud Abdel Sayed like to draw attention to the fact that in the case of the term "fan hadif", this is by no means an Islamist invention. The term had been in usage in the Nasser era, he says. 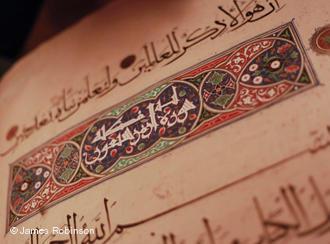 "God is beautiful, and he loves beauty." For practising Muslims the Koran is venerated as a linguistic masterpiece

​​At that time, art was used as a way of spreading government pledges to rejuvenate and modernise and lobby support for its social reform programmes. In Sayed's view, art should not be seen as a way of promoting moral behaviour or turning against it. All it should do is convince through creativity and quality, and inspire pleasure in this fashion.

The director sees the concept of "fan hadif" propagated by Islamic groups as nothing other than a missionary work project. Speaking on behalf of many other secular Egyptians working in the film industry, Abdel Sayed says the art and entertainment forms committed to this project are lacking in both originality and professionalism. Like their religious adversaries, they are also involved in the growing market for Islamic historical films, the production of which repeatedly triggers conflict over the dress code for female actors.

Secular directors have refused to allow their female protagonists to appear wearing the veil. Pious filmmakers on the other hand, who insisted on covering up their heroines, were criticised for this not only from the secular side but also sometimes from conservative female Muslims. This happened when actresses wore the veil in domestic scenes in the presence of their own families, something they are not obliged to do even under strict interpretation of Islamic traditions.

Ten years after Egypt's January 25 revolution, many of those who led protests are either disillusioned or in jail. ... END_OF_DOCUMENT_TOKEN_TO_BE_REPLACED

Egypt has never been called to account for the murder of Giulio Regeni, nor for the numerous human rights violations committed by the Sisi regime. Focusing only on stability, ... END_OF_DOCUMENT_TOKEN_TO_BE_REPLACED

Ten years after the Tahrir square protests in Cairo, Egypt’s human rights record is disastrous. On the occasion of the anniversary of the 2011 revolution, several international ... END_OF_DOCUMENT_TOKEN_TO_BE_REPLACED

END_OF_DOCUMENT_TOKEN_TO_BE_REPLACED
Social media
and networks
Subscribe to our
newsletter