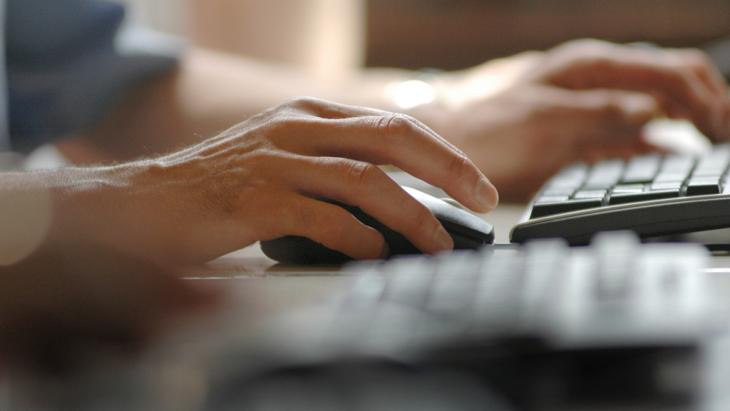 Muslim Bloggers in Germany
Creating a Counter-public to Traditional Media

Germany's Muslim bloggers offer alternative opinions and perspectives on Muslim life. In so doing, they correct the image of Muslims that is portrayed in traditional media. Canan Topçu reports

Rukiye Dogan blogs sporadically. Initially, she just wrote about the things she saw in her daily life, observed in the world around her, or discovered by chance. "There are so many stories on the streets; you just have to write them down," says the young blogger. But as time passed, the "stories from the street" on her blog were supplemented by a growing number of posts on other subjects.

Of late, Rukiye Dogan has been shifting her focus to the political. Some things, she says, are just crying out to be blogged about. One such a thing, for example, was a programme on German television hosted by the famous German TV personality, Günther Jauch. The theme of the talk show, which was broadcast in spring 2013 on ARD, Germany's first public, national broadcaster, was "In Allah's name: what can be done to counteract Germany's holy warriors?"

Rukiye felt that she just had to comment on the guests, their discussions, and what she considered to be Jauch's disastrous hosting of the show. So she sat down and wrote a letter to the editorial team behind the show. Instead of printing and sending it, however, she posted it on her blog. 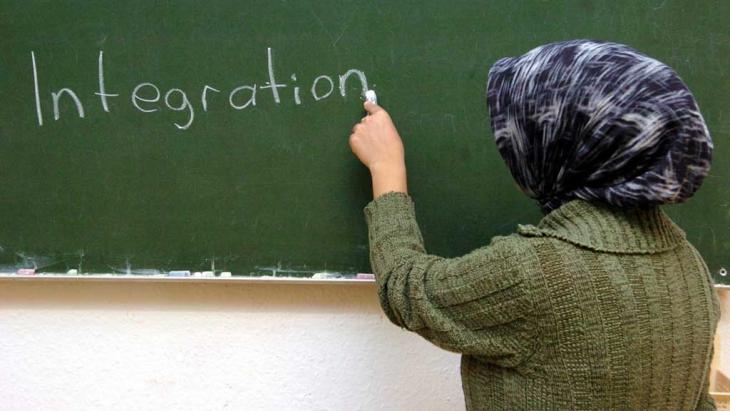 Media researcher Stine Eckerts argues that political and media debates in Germany are increasingly being reduced to the "failed integration of Muslims". She says that the blogs of German Muslims are a reaction to the debates about integration in Germany and the way Muslims are portrayed in mainstream German media

The young blogger is interested in the debates about all aspects of Islam in Germany for personal and professional reasons. Rukiye was born in Hamburg; her Turkish parents had come to Germany as guest-workers. She had a religious upbringing and lives out her faith in a way that is visible to others. Nevertheless, the 28-year-old is quick to point out that "Islam does not push itself to the fore" in her blog.

It is important to her to address these themes in particular in a professional way and "not to react emotionally or to argue from a religious point of view," says Rukiye, who is a graduate of journalism and politics. Nevertheless, it would also be incorrect to say that Islam doesn't play a role in her texts. "It gently shines through. After all, my religious attitude is also reflected in my feelings and attitudes to life."

Initially, Rukiye Dogan blogged for the sake of it, without any specific readers in mind. "I was publishing my texts online because I wanted to write and test myself," she explains. Now, she hopes to be able to reach a larger audience via her blog and to get a foot in the door of the mainstream media. The latter is something that motivates other Muslim bloggers too, some of whom have already succeeded.

A dictionary of foreign words

Kübra Gümüsay is one of the few that have made it. Without doubt, she is Germany's best-known Muslim blogger. She too was born in Hamburg to Turkish parents who came to Germany as migrant workers. She started out at the age of 19 writing for her blog, "Ein Fremdwörterbuch" (A dictionary of foreign words). Initially, her blog contained observations of everyday life, her view as a Muslim woman of a variety of things in Germany, and the reactions of those around her to the fact that she wears a headscarf. 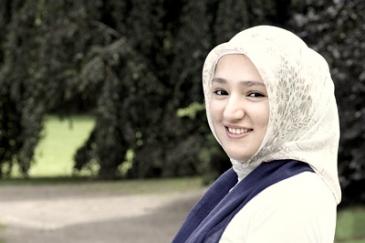 Kübra Gümüsay is one of the few that have made it. Without doubt, she is Germany's best-known Muslim blogger

"The scarf" was the name of the column that the now 24-year-old wrote for the Germany daily, taz, from April 2010 to May 2013. Initially, she wrote under her maiden name, Yücel. Her column attracted the attention of other media. She became the subject of a number of reports and was invited to be a member of panels with other well-known personalities in talk shows. Her blog was nominated for the prestigious German media prize, the Grimme Award, in 2011. She even spoke at the Internet conference re:publica two years ago. In her final taz column, she reflected on her experiences as a Muslim woman and inexperienced writer supplying texts for a German medium.

Gümüsay's publications inspired the media researcher Stine Eckerts to do some research on Muslim bloggers in Germany. Eckert presented the results of this study at this year's re:publica conference. She says that the blogs are a reaction to the debates about integration in Germany and the way Muslims are portrayed in mainstream German media. It is interesting to note that a study recently published by the Expert Council of German Foundations on Integration and Migration (SVR) draws attention to the discrepancy between actual integration and the way it is portrayed in the media. The study notes that political and media debates are increasingly being reduced to the "failed integration of Muslims".

The 28 bloggers surveyed by Eckert said that they used the new media to discuss matters with each other. However, they also emphasised that they don't just talk among themselves; they also want to enter into dialogue with non-Muslims. Eckert notes that Muslim bloggers are creating a counter-public to the traditional media.

The community of Muslim bloggers is growing. When someone visits one page, a so-called "Blog roll" draws their attention to other blogs, allowing them to continue browsing texts written by Muslims that don't just focus on religious themes. There are those who want to clarify what "true Islam" is and those who want to write about their daily lives, turn clichés on their heads, and give an insight into their lives and attitudes. This is where they differ from the reporting in the mass media. And then there are those who react to the mainstream media and articulate their standpoints.

Take Akif Sahin, for example, who describes himself as an "influential Muslim blogger in the German web community". After reading an article in Frankfurter Sonntagszeitung, he wrote: "The leading article by Jasper von Altenbockum entitled 'Conference on Islam: the state's unreasonable demands' is nothing more than a carte blanche for racism and Islamophobia. This text qualifies the murder of the victims of the NSU and indirectly blames the victims for a conviction that is contemptuous of human life and that led to murder and manslaughter."

Many write from the perspective of being part of German society and wanting to use their blogs to show that they, as Muslims, are no different from non-Muslims. But they are different from their image, as anyone who takes the time to look at blogs by people like Kevser Erol, Eren Güvercin, Hakan Turan, Sümeyye Demir, Emran Feroz, and Amitaf will see. They are young, educated, interested in society and politics, and they have something to say. Using new media, they are creating their own, positively defined identity; they are sharing their thoughts and attitudes.

Emran Feroz, for example, writes that he "belongs neither to a political party nor any other grouping" and that he wants to "share his thoughts on a variety of themes" in his blog. But that is not the whole truth. He also says that "all articles (...), whether in their entirety or extracts thereof, can be used for second publication and quotes on condition that the original source is mentioned." He also includes links in his blogs to the media that have published texts he has written.

Some writers whose articles have appeared in a journalistic medium, even describe themselves as journalists. Whether with or without the corresponding journalistic training, Muslim bloggers undoubtedly offer alternative opinions and perspectives on Muslim life. In so doing, they correct the image of Muslims that is portrayed in traditional media.

Iranian artist Parastou Forouhar has lived in Germany since 1991. Full of rage, just like the protesters, she hasn't yet given up on the idea of justice. By Julia Hitz END_OF_DOCUMENT_TOKEN_TO_BE_REPLACED

Unflattering terms were used at a German Football Association human rights congress aimed at "intensifying the discussion" ahead of the World Cup. One speaker in particular made ... END_OF_DOCUMENT_TOKEN_TO_BE_REPLACED

Fariduddin Attar’s "The Conference of the Birds", one of the seminal works of Islamic mysticism, has recently been published in sumptuously illustrated German translation. It ... END_OF_DOCUMENT_TOKEN_TO_BE_REPLACED

Egyptian authorities have Mada Masr in their sights once again after critical reporting. But the editor of the country's last independent news source is adamant they will continue ... END_OF_DOCUMENT_TOKEN_TO_BE_REPLACED

Like Christianity, Europe's history is one of migration. Both have strong roots in the Orient and in cultures thousands of years old. Cultural historian Bernhard Braun invites us ... END_OF_DOCUMENT_TOKEN_TO_BE_REPLACED

Comments for this article: Creating a Counter-public to Traditional Media

Thank you for the nice post keep it up and keep sharing and i hope you will share more informative post in future with more information......Looking foreword for more blogs...

END_OF_DOCUMENT_TOKEN_TO_BE_REPLACED
Social media
and networks
Subscribe to our
newsletter