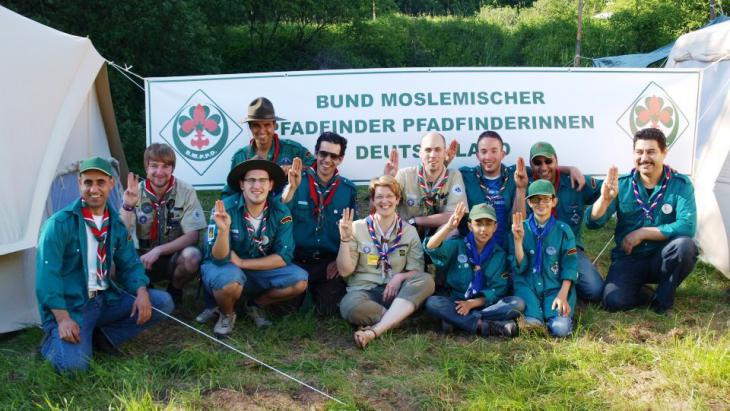 As part of an international youth movement, members of the Federation of Muslim Boy and Girl Scouts of Germany want to make their own specific contribution to peace and understanding. The organisation has existed since 2010. By Arnd Zickgraf

A colourful shirt and a neckerchief – these are the togs, the traditional clothing, of boy and girl scouts the world over. The Federation of Muslim Boy and Girls Scouts of Germany (Bund Moslemischer Pfadfinder und Pfadfinderinnen Deutschlands, BMPPD) is working to see that more and more young Muslims wear this characteristic uniform. The federation shares not only the external symbols of the worldwide scouting movement, but also its ideals and interests. "There's nothing better than camping out and doing a good deed every day," says spokesman Fouad Hartit.

While Muslim boy scouts in France have been organised in an association since 1991, the BMPPD was only established in 2010. The federation, whose headquarters are in Monheim am Rhein, has about 150 members, mainly of Moroccan origin. "The founders were themselves boy or girl scouts when they were children and are now building up new groups in Germany," says Andreas Bierod of the German Scout Association of St. George (DPSG).

The Catholic DPSG, which with 95,000 members is the largest Scout association in Germany, supports its like-minded Muslim counterparts "on an equal footing," as Bierod emphasises. This includes training group leaders to work with young people. The BMPPD comprises five groups from the German federal states of North Rhine-Westphalia and Hesse. There are requests to set up further groups in other federal states such as Berlin and Baden-Württemberg. 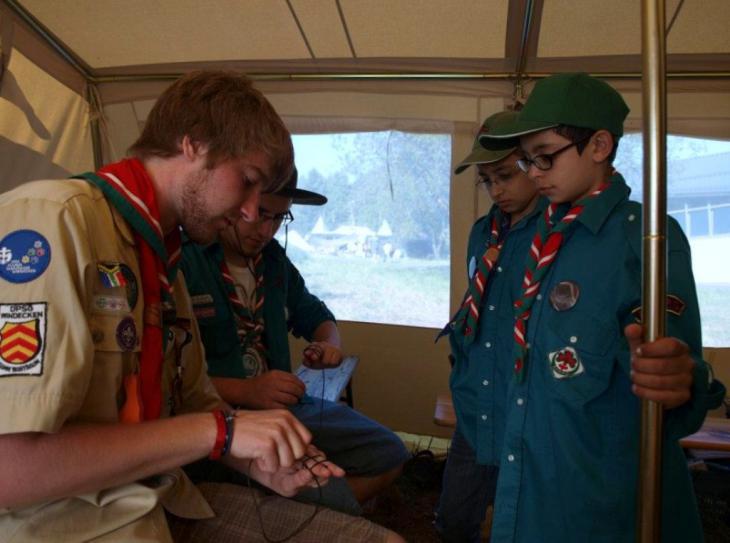 The BMPPD sees its task as the co-education and training of young scouts between the ages of seven and 21 in Germany. Scout camps are organised on a regular basis, allowing boy and girl scouts to develop and learn – and have a great time! – together

Once before, in 1987, Muslims in Germany tried to set up a scout association. This was, however, organised as a youth association of the Islamic Council for the Federal Republic of Germany, a body with close ties to the controversial Islamic movement Milli Gorus. Because the Scout association was not recognised as a community youth organisation, it received no funding from the federal states or the municipalities, which ultimately led to its dissolution.

The BMPPD, on the other hand, wants to remain independent of Islamic umbrella organisations, although it does see itself as religiously motivated. Its spiritual guidelines are the teachings of the Koran and the tradition of the prophet Mohammed. On this basis, the BMPPD provides co-education and training for girls, boys and young adults between the ages of seven and 21.

At the same time, the aim is that the young Muslims come to grips with the history of their German homeland and make a commitment to peaceful coexistence. In this they have received support not least from the speech of then German President Christian Wulff on the 20th anniversary of German Unity. "Islam," said Wulff in 2010, "is now part of Germany". 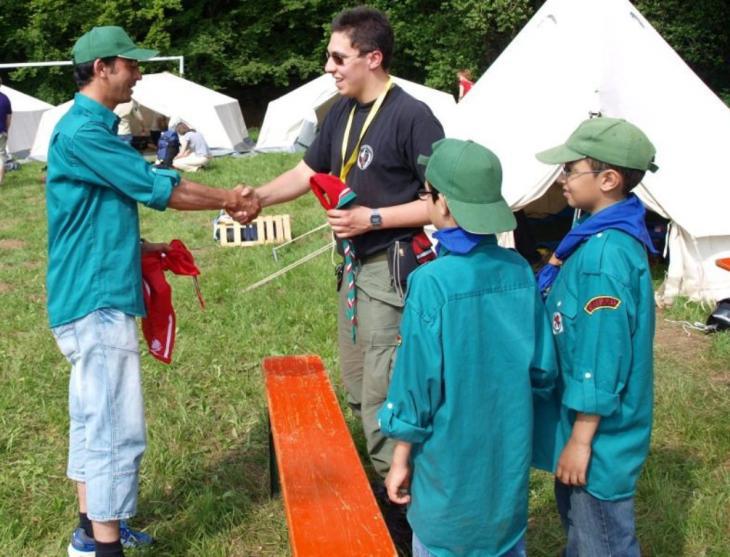 "Islam is now part of Germany," said former President Christian Wulff in 2010. Members of the Federation of Muslim Boy and Girls Scouts of Germany (pictured here) take this statement very seriously. In 2013, they drew up an 11-point charter for a prejudice-free society

With the peace torch to Berlin

Through its work, the BMPPD wants to change the negative image of Muslims with which people of Islamic faith find themselves confronted in Germany and Europe as a whole. This goal is particularly evident in the campaign known as "Flame of Hope".

The federation adopted this idea from the Muslim Scouts of France (Scouts Musulmans de France). Fouad Hartit of the BMPPD explains the background: in Marseille in 2006, an arson attack took place on a bus. Young people with immigrant backgrounds were involved, he recounts, and young Muslims came to be seen in a bad light. The Muslim Scouts of France asked themselves: how can we use the symbols of "bus" and "fire" to create the opposite image?

They borrowed a torch from a previous Olympic Games and organised a bus. In 2011, they drove to 15 cities in Tunisia, Libya, France and other countries, swearing a public oath to uphold peace in front of each town hall.

In 2012–2013, a similar campaign took place in Germany. On their tour, the Muslim scouts organised concerts with oriental music and international pop, workshops and discussions. They urged other young people to formulate their ideas for prejudice-free coexistence.

The ideas were combined in an 11-point charter. At the end of the tour in Berlin, the BMPPD presented the charter to representatives of the government. German President Joachim Gauck, recalls Hartit, later mentioned the scouts in a message of greeting to Muslims on the day of fast-breaking: "This shows that the campaign has arrived in the midst of society".

With "Assad or We Burn the Country", Sam Dagher has furnished the world with some genuine ammunition against the Syrian regime's on-going campaign of disinformation. The only ... END_OF_DOCUMENT_TOKEN_TO_BE_REPLACED

Islamist attacks such as those that took place in Paris this last autumn evidence a new kind of perpetrator. In place of individual terror organisations, networks appear to have ... END_OF_DOCUMENT_TOKEN_TO_BE_REPLACED

Decades of oil exports have completely destabilised culture and politics in the Middle East. Speaking with Lena Bopp, the renowned writer Amin Maalouf says that the distorted ... END_OF_DOCUMENT_TOKEN_TO_BE_REPLACED

France is locked in a row over Islam, Islamophobia and the headscarf. But one key voice is almost completely missing from the debate – that of the women who wear the veil. By ... END_OF_DOCUMENT_TOKEN_TO_BE_REPLACED

The EU's relationship with the Moroccan government reinforces the political status quo at a time when a growing number of Moroccans appear to want change. By Chloe Teevan END_OF_DOCUMENT_TOKEN_TO_BE_REPLACED
Author:
Arnd Zickgraf
Date:
Mail:
Send via mail