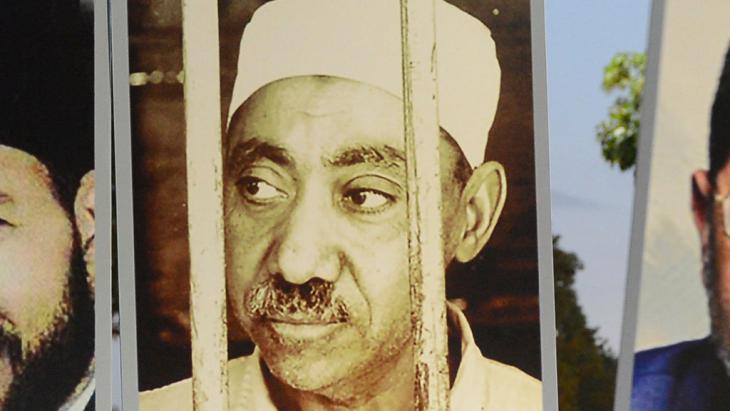 In recent months, both Egypt and Saudi Arabia have begun withdrawing literature relating to the Muslim Brotherhood from the public domain. Tracts and treatises that once held pride of place on bookshelves – with some even enjoying official textbook status – are being confiscated and burned. By Joseph Croitoru

Egypt and Saudi Arabia have been major contributors to the international spread of political Islam. The beginnings of this anti-colonial movement, born on the banks of the Nile during the interwar period, gave no indication that one day it would lead to total confrontation between it and the West.

One of its spokesmen, the founding father of the Egyptian Muslim Brotherhood Hassan al Banna, in fact, did not categorically reject parliamentarianism as a form of government. This opposition movement was only propelled towards radicalisation by the violent conflict between the Muslim Brothers and their adversaries in the circle of young officers who had come to power. The conflict led to al Banna's murder and later to a ban on the Brotherhood under President Nasser.

Before being hanged in 1966, Sayyid Qutb, their chief ideologue at the time, wrote several essays while he was imprisoned in Egypt; these were destined to become the most important treatises of militant Islamism.

Not everything in Qutb’s revolutionary writings was new. Some of his central ideas were inspired by the Indian-Pakistani scholar Sayyid Abdul Ala al-Maududi (1903-1979). His design for a system of Islamic rule, based on a God-given sovereignty, still showed traces of democratic thinking. Qutb not only broke radically with this concept – he also branded all Muslims who were not in favour of the introduction and total application of Sharia as "ignorant". They were then condemned as "apostates" by Qutb's even more radicalised followers, who by now were beating a path towards terrorism. 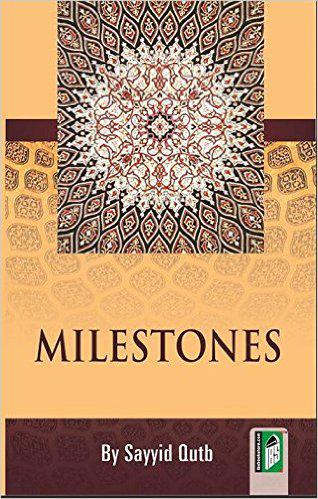 Sayyid Qutb's seminal work "Milestones": among other things, he condemned those against the introduction and total application of sharia as "ignorant". More recently, adherents to his ideology have gone further, accusing those who oppose this view of "apostasy", which under sharia law is punishable by death

Saudi Arabia, whose Wahhabist national religion overlaps in some respects with the Egyptian school of political Islam, didn’t want zealots of this kind. But the more moderate Muslim Brothers who were being persecuted by the Egyptian government were welcome there for a long time – and free to spread their ideology – as long as it didn't call into question the rule of the House of Saud. The young Osama Bin Laden, who went on to become the leader of al-Qaida, attended readings in Jeddah by Muhammad Qutb (1919-2014), Sayyid Qutb’s brother. This appears to have played a decisive role in Bin Laden turning towards extremism.

The Egyptian Muslim Brotherhood distanced itself from Sayyid Qutb’s legacy during the Arab Spring, and, when in government, largely played by democratic rules. But the party was still deposed by the forces of the old military regime – under the new leadership of General (and later President) al-Sisi – who has declared the Muslim Brothers to be terrorists and persecuted them mercilessly.

Nor has Cairo been content with smashing the Muslim Brotherhood organisation. Recently, the government decided it also wants to make the substantial literature of political Islam's ideologues vanish off the face of the earth. In the summer, the country saw a systematic attempt to eradicate the writings of Maududi, Al Banna, the Qutb brothers and representatives of Salafism from the mosque libraries. Before it even became known that the purge was to be extended to school libraries, one school in Giza went to work with particular zeal.

The teachers and education officials there not only sorted out piles of books, but burned them in the school playground and had their photos taken as they did so. The book-burning unleashed a wave of outrage in Arab media: the government was forced to make a declaration that those responsible had been given a warning and that nothing like this would happen again.

The confiscated books are apparently being stored safely in several ministries. The notion that this applies to all copies is doubtful, in view of the continually growing number of them produced over the decades – they probably run to millions.

Following the Egyptian example, at the start of December Saudi Arabia began taking works by Islamist pioneers, which had been highly thought of until quite recently, out of circulation. Featuring a list of just over eighty forbidden titles, the directive – issued by the ministry of education to all schools in the country – quickly did the rounds on social media.

A good twenty of the titles were penned by Maududi, including several published by a partly state-owned publishing house in Jeddah. The same publisher also printed Sayyid Qutb's hate-filled anti-Jewish piece "Our Battle with the Jews", which appears on the index, along with fourteen of his other works. The fact that these include Qutb’s commentary on the Koran, widely read in the Islamic world, has been the cause of some consternation.

The indexing of the book "Jihad on the Path of God", the collected polemics of Maududi, Hassan al Banna und Sayyid Qutb calling for an Islamic holy war, has produced scornful reactions: many Saudis can remember a time when the volume was published as a school book by their own ministry of education.

In this unusually beautiful book of images and text, published in German and Arabic, artist Marianne Manda presents her own unique take on the megacity of Cairo. In over fifty ... END_OF_DOCUMENT_TOKEN_TO_BE_REPLACED

A stage, lights, a mesmerised audience: it looks like an Egyptian folkloric concert, but Umm Sameh is singing to heal the sick by driving out the demons that possess them END_OF_DOCUMENT_TOKEN_TO_BE_REPLACED

Russia's ranking on the World Press Freedom Index has fallen again over the Kremlin's wartime censorship of the Ukraine conflict. From Myanmar to Mexico, journalists continue to ... END_OF_DOCUMENT_TOKEN_TO_BE_REPLACED

From the Euphrates to the Mekong, dams that ensure one country's water supply risk leaving others parched. But shared water resources can be a source of peace as well as conflict ... END_OF_DOCUMENT_TOKEN_TO_BE_REPLACED

For over fifty years, British photographer Peter Sanders travelled across the Middle East and further afield, seeking out the saints of Islam. His work uncovers a little-known ... END_OF_DOCUMENT_TOKEN_TO_BE_REPLACED
Author:
Joseph Croitoru
Date:
Mail:
Send via mail

END_OF_DOCUMENT_TOKEN_TO_BE_REPLACED
Social media
and networks
Subscribe to our
newsletter