In the comic book The 99, Muslim superheroes fight for a better world – and offend conservatives. Sonja Zekri reports

In the comic book The 99, Muslim superheroes fight for a better world – and offend conservatives. Sonja Zekri reports 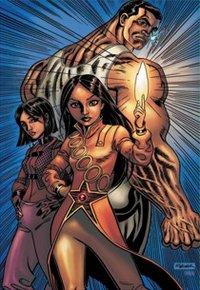 The readers' favorite character: Jabbar, the Powerful. The good-natured giant carries one of God's 99 names

​​Children like Jabbar, the Powerful, best of all. Not the aggressive Destroyer, Mumita, not Noora, the Light, who sees people's innermost thoughts, or Darr, the Afflicter, who looks like a junkie and sits in a wheelchair, but his painwaves work as precisely as a laser sword.

Of The 99 superheroes in the comic The 99, the good-natured giant in the red jumpsuit is a rather conventional choice. But many things about The 99 are conventional, and that is what makes it so remarkable. The 99 is a Muslim superhero comic book; its characters look like distant relatives of Superman, and the "crack crack cracks" detonate, but the idea for the title harks back to a central concept of Islam – The 99 attributes of God.

Hero after hero turns up in the stories, each with a different talent. At the end, an entire armada of Muslim heroes assembles to do the same thing as their colleagues from the House of Marvel – save the world, which in this case involves the search for The 99 gems of wisdom that were lost during the Mongol invasion of Baghdad.

"I am not naive. If it were the 98 superheroes, or the 101, no one would be interested in the stories," says Naif al-Mutawa, their creator. The number 99 does not leave any Muslim cold, however. "99 is a trademark." And aren't God's attributes – generosity, strength, wisdom – universal human values?

Al-Mutawa is a psychologist. He studied in Boston and treated victims of Saddam Hussein's torture and soldiers traumatized during the Gulf War. Today he divides his time between Kuwait and America, and his current mission is only slightly easier than that of his heroes.

The 99 is a good match for both the narrow-minded Stone Age exegetes of Islam and the western culture warriors who see Islam as the driving force of aggressive power fantasies, since Naif al-Mutawa is a member of an endangered species – he is a moderate. "Islam is perfect," he says, "people are not." 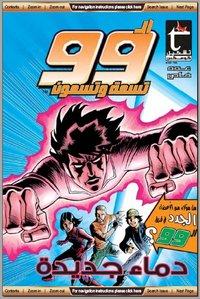 The number 99 does not leave any Muslim cold. "99 is a trademark," says the creator of the comics

​​Of course, his concept sounds a bit like the United Nations Christmas party, and that is what the comic looks like. The heroes come from Saudi Arabia and Portugal, Canada and the Gulf region. The Ummah, the Muslim community, which is often hardly more than an ideological rallying cry or a distant utopia, is personified by al-Mutawa as a colorful task force united by an extremely discreet Islam.

Too discreet for many. Mosques are only seen in pictures of Baghdad, and the Prophet is not mentioned. As a result, Frankie Shum, Vice President of Finance of the Teshkeel Media Group, which publishes The 99, has to do a lot of explaining. "A Saudi businessman asked why we never have Jabbar or Mumita pray," he says. "I asked him how they should pray – Sunni or Shiite? Sunni, of course, he said – he is a Sunni. But what about the Shiites? Once you bring up these religious subtleties, you are in trouble."

Shum has traveled to Cairo for a few days, to a bright office above an Adidas shop in the middle-class neighborhood of Dokki. The issues are developed by seasoned American veterans in the industry, such as Fabian Nicieza, who wrote X-Men and Power Rangers. They are translated in Cairo, however, and some day they may also be drawn there.

Since the summer of 2006, a new issue of The 99 has been published monthly in an English and an Arabic edition. The Teshkeel Group sells 10,000 copies of each issue. Indonesian and US versions have just been launched, and a Malaysian edition will follow in the near future. There are plans for France, Turkey, and a television series. In the Arab world, The 99 is as successful as Superman and The Hulk, which the Teshkeel Group also sell under license. 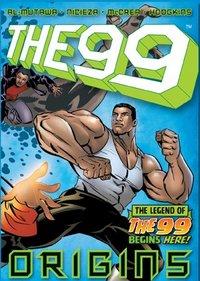 ​​Yet although the Islamic market, with a billion Muslims, is potentially extremely lucrative, The 99 is not a gold mine. In Egypt, the issues are sold for seven pounds, 86 cents, which does not even cover the costs of production and distribution. The comics were handed out free of charge in Palestinian refugee camps.

Perhaps the necessary brand recognition can be created in this way over the long term in order to sell high-priced merchandising licenses, but whether or not the young readers in Gaza will even be able to afford fancy T-shirts then is another question. "Sales in Egypt, for example, are a disaster, and the children hardly ever read," says Shum.

The case of Saudi Arabia

And there is something else – the biggest market for comic books is Saudi Arabia, but the censors interpreted the use of God's name as an insult to Islam and banned the comics. Although a double-page spread of The 99 appears every week in Saudi Arabia's largest English-language newspaper and anyone who wants to can have the latest issue sent as an E-mail, not a single riyal can be earned in Riyadh without official approval.

The Saudis are not the only critics. A political scientist from Kuwait found fault with the fact that the comic guarantees help through other people, but the Koran promises only God's support. One reader noted indignantly that the heroes work in teams of three. Al-Mutawa devised the threesomes because a couple, man and woman, seemed even more offensive.

"And now he has accused me of propagating the Christian trinity," says al-Mutawa. "Another says there is no creativity in the Arab world."

Burka instead of Batmobile

It is a balancing act, that much he knows. His superheroines do not wear miniskirts, and, compared to Wonder Woman's curves, they look almost androgynous. A character named Batina, the Hidden, even appears in a burka – as though compulsory veiling were an advertising adjunct like the Batmobile.

Another idealist has already created an Arab superhero comic. Ayman Kandeel, an economics professor from Cairo, sent the Arab swordswoman Jalila, Princess Aya, the time-traveling pharaoh Zein, and the warrior Rakan into the arena to bring order to the world after 55 years of war between two unnamed superpowers. Kandeel closed his office in Cairo in October of 2006. He wants to republish the old issues in the near future, he says on the telephone. That does not sound like a great success.

Perhaps The 99 will have more luck. At any rate, Haisam Geber is doing everything he can to ensure it. He used to work for Kandeel and is currently promoting The 99 in Cairo schools. He allays the parents' religious reservations and talks about Jabbar, whom everyone loves. "The children here need a Muslim superhero," he says. "There aren't many positive role models here."

This article was previously published by the German daily, Süddeutsche Zeitung.

Comic Book against Teenage Islamism
Speech Balloons for Sleepers
A German State Office for the Protection of the Constitution wants to deter students from radical Islamism – with a clichéd comic book and ingratiating advice such as "Don't play on the team of the mujaheddin". By Wolf Schmidt

Cartoons from the Maghreb
Cunning, Clever, Critical
Cartoons hold up the mirror to society. In the Arab world as well, cartoons are a popular medium for criticizing the government and society. Liesel Schulze-Meyer reports on an exhibit of Maghreb cartoons shown last year in Berlin, organized by the Friedrich Ebert Foundation and the German-Maghreb Society

END_OF_DOCUMENT_TOKEN_TO_BE_REPLACED
Social media
and networks
Subscribe to our
newsletter