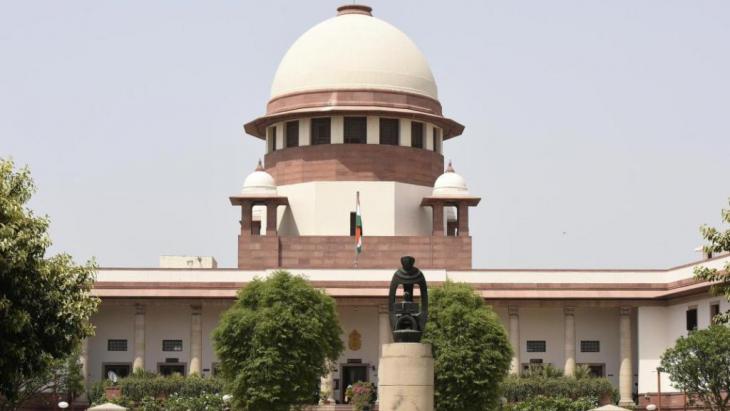 India's Supreme Court is currently considering the Muslim practice of instant divorce. The family law allows Muslim men to end their marriages by simply repeating the word "talaq" (Arabic for divorce) three times. But there is growing opposition to the practice. Ronald Meinardus reports from New Delhi

The citizens of India have been in conflict for decades – and especially since the nation's independence in the year 1947 – over the constitutionality of Islam′s archaic divorce law and its highly illiberal practice. The government in New Delhi now hopes that a Supreme Court decision will finally lay the long-standing dispute to rest.

Commentaries on the talaq issue are again filling the opinion pages of Indian daily newspapers; on television talk shows supporters and opponents wage vociferous verbal warfare. The question as to which divorce law should apply to India's Muslims is much more than a legal dispute. It is about the precarious relationship between the country′s Hindu majority and its Muslim minority, yet first and foremost – and above all else – about the fundamental question: how secular is India?

India is home to 180 million Muslims. Indonesia is the only nation with a larger Muslim population. These people are subject to their own Islamic personal law – a situation attributable to the country's colonial legacy. This tradition has not been touched by any government, regardless of ideological hue. Even when the nation attained independence, the status quo was preserved. This means that for India's Muslims, Sharia law applies to marriage, divorce, adoption and succession.

Islamic legal scholars, who continue to exert a strong influence on certain sections of this minority population group, say that the talaq divorce is covered by Islamic law. Meanwhile many column inches are devoted to reports on Muslim women whose marriages have been dissolved through talaq; sometimes these "instant divorces" – readers learn – may occur electronically via email and more recently, even via text message or WhatsApp.

In this legal conflict, the battle fronts are unyielding and clearly defined: "talaq is a question of faith for the Muslims, a practice that's 1,400 years old. It's beyond the remit of the court to rule on it," says a representative of the "All Indian Muslim Personal Law Board" (AIMPLB). Behind this rather clunky name is an association founded in 1973 with the primary aim of defending the Islamic Personal Law for Muslims in India. Conservative Muslims support the association, but its reception among liberal-minded members of the minority is rather more lukewarm. 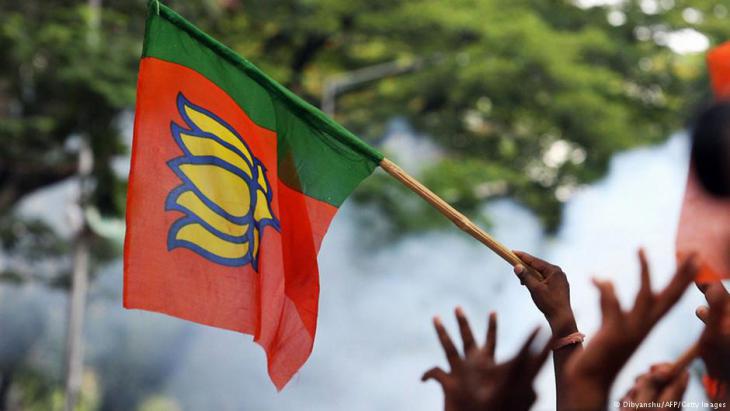 At a time when minorities are increasingly becoming the target of aggression, behaviour that is encouraged by the ruling Hindu BJP party, the controversy surrounding instant divorces has developed into a discussion about protecting the rights of religious communities. Thirteen percent of Indians are Muslims – the sub-continent′s largest religious minority

The government's line of argument is diametrically opposed. "Talaq is not an integral part of religion," says Attorney General Mukul Rohatgi, who then makes reference to the legal practice in a series of Muslim-majority nations, for example Pakistan, Bangladesh, Egypt and Morocco. There, Islam is the national religion, but family law prohibits "instant divorce", he says. In addition, the practice of talaq violates the principle of equality. It discriminates against the women concerned – both with regard to their position within their marriages, as well as with regard to the majority of Indian women who are not affected by the archaic practice.

The divorce law debate does indeed only affect a comparatively small group of people. In a report for The Hindu newspaper, the General Secretary of the "Islamic Forum", A. Faizur Rahman, quotes data from the 2011 national census: according to these, of India's 84 million female Muslims, "only" 212,000 are divorced. This represents a share of 0.25 percent. There is no record as to how many of these marriages were brought to an end in accordance with the Sharia procedure.

Experts agree that tolerance of the talaq practice is first and foremost the result of a lack of education. They substantiate the theory by observing that "instant divorce" is more common in rural regions than in the comparatively modern urban centres of India.

Divorce law for Muslims at the behest of the government?

The government has now announced that it will approve a divorce law for Muslims if the Supreme Court declares the practice of talaq unconstitutional. Prime Minister Narendra Modi, who has so far maintained a highly noticeable silence in the current debate, could in this way score political points with liberal Indians of all confessions.

Critics say the secular zeal of the Hindu nationalist BJP government over this issue is out of synch with the religious flavour of its agenda in other questions: they are thinking first and foremost here of the BJP's "cow policy": policies focused on the protection of the cow, an animal considered holy by Hindus, have led to the imposition of beef bans in federal states governed by the party. This is popular with devout Hindus, but disregards the interests (and the traditions) of religious minorities. For a while now people have been talking about a process of "majorisation", which sees Muslims suffer more than most.

Whatever the outcome of the divorce law dispute: the debate over the role of religion in politics and legislation and the rights of religious minorities in the world's largest democracy is unlikely to fall silent.

Home
Print
Newsletter
More on this topic
Islamic divorce law in India: Trouncing triple talaqMuslims in India: Nothing like equal opportunitiesHindus and Muslims in India: Why census data is a priority political issue
Related Topics
Gender, Justice, Muslim women, Narendra Modi, Sexism and violence against women, Women in the Islamic world
All Topics

The farmers' protests in India show no signs of abating – despite repressive measures. Government attempts to stigmatise the farmers have only prompted sections of the urban ... END_OF_DOCUMENT_TOKEN_TO_BE_REPLACED

Fanna-fi-Allah is the West's most renowned Qawwali ensemble. It stands out not only for its strong stage presence, but also for its commitment to preserving the centuries-old ... END_OF_DOCUMENT_TOKEN_TO_BE_REPLACED

Arundhati Roy's recent volume of essays and lectures provides an eye-opening account of current political developments in India. Written during the run-up to the last general ... END_OF_DOCUMENT_TOKEN_TO_BE_REPLACED

The ''German Khars'' are a family of craftsmen known in Srinagar for their skills repairing old German-made medical equipment. Their craft has been preserved for decades, but ... END_OF_DOCUMENT_TOKEN_TO_BE_REPLACED

Marrying for love is still quite a rare thing in India. Religion often gets in the way, as do caste and parental opinions. After the defamatory term "Love Jihad" started trending ... END_OF_DOCUMENT_TOKEN_TO_BE_REPLACED

With the construction of a controversial Hindu temple in the city of Ayodhya, Indian Prime Minister Narendra Modi is marginalising the Muslim community. With his rhetoric, he is ... END_OF_DOCUMENT_TOKEN_TO_BE_REPLACED
Author:
Ronald Meinardus
Date:
Mail:
Send via mail

END_OF_DOCUMENT_TOKEN_TO_BE_REPLACED
Social media
and networks
Subscribe to our
newsletter