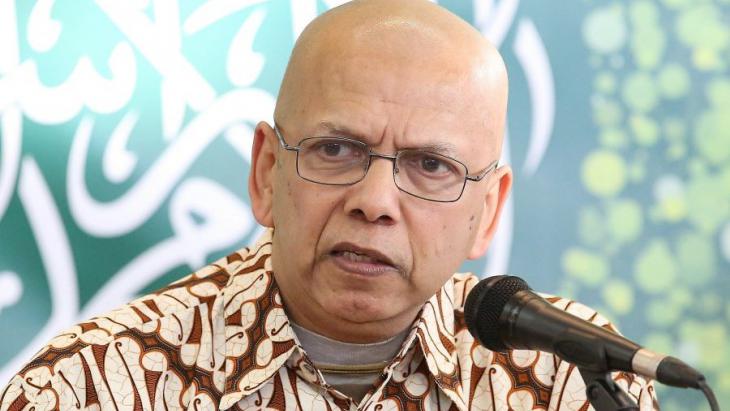 More than just an "Israel critic"

Some German commentators have labelled the South African theologian Farid Esack an "anti-Semite". But this over-simplification of his views on Israel does little justice to the intellectual and activist, who champions human rights and a liberal reading of Islam, says Daniel Bax

Farid Esack has contended a few battles in his time, but maintained his sense of humour throughout. That he is now in the midst of a bitter controversy following a guest professorship at Hamburg University this winter is also not putting him off his stride. The criticism has flared up over Esack's controversial approach to Israel. This is because back in South Africa, Esack presides over the boycott movement against Israel, known as BDS (Boycott, Divestment, Sanctions).

In the US and South America, Britain and Scandinavia, this movement has influence and high-profile advocates such as Naomi Klein, Judith Butler and Laurie Penny. There are supporters of the BDS in left wing circles or on university campuses. In South Africa, the BDS is officially backed by the government and could potentially win majority support. This is because veterans from the apartheid era such as Farid Esack draw parallels between the situation of the Palestinians and their own liberation struggle.

In Germany on the other hand, not only is the movement little known – it is extremely unpopular. The CDU in Hamburg even wants to categorise it as "anti-Semitic". In the coming week it is set to present a resolution to the city senate on the matter, in a bid to encourage other parties to share its view. The "Christlichen Israelfreunde Norddeutschland" (Christian Friends of Israel in Northern Germany) have also issued a petition to the Hamburg Senate to prevent future appearances by Esack in Hamburg. The Israeli embassy requested that the University of Hamburg refrain from inviting Esack again.

Esack can no longer take part in this debate, as he has returned to South Africa. But he is surprised that none of the journalists who initially reported on the accusations against him have contacted him personally. "Surely that′s the usual way for journalists to work – even if they′re merely feigning objectivity," he says. "This one-sided approach is something you might expect in a country like Saudi Arabia, where you're surrounded by orthodoxies – but not in Germany!"

Criticism across the board

Esack is more than aware of the historic sensibilities that prevail in Germany. But he does not accept that his comparison of the current situation in Israel is with that of South Africa during the race segregation era should go unsaid. He actually believes the situation is far worse in the occupied territories. Other prominent South Africans such as Nelson Mandela and Bishop Desmond Tutu have denounced the situation in Israel in a similarly sharp fashion.

Like these two leaders, 58-year-old Farid Esack also grew up during the apartheid era. His family has lived in South Africa for generations, his mother is of Malian heritage, his father Indian.

This is why when Esack was still a child, his family was resettled in one of the newly-established townships. "There, there were two ways to survive: either join a gang or become religious. I opted for the latter," he says. At the same time, he began getting involved in politics and was arrested by the police for the first time at the age of 15. "The man who picked me up from school that day was one of the worst torturers. My case made headlines back then," he says, adding with a note of irony: "We veterans wear our medals with pride."

Esack wrote several books on the relationship between Islam and politics, his autobiography "On Being a Muslim" and introductions to the Koran such as "The Qur'an: A User's Guide". Esack ties the Islamic faith in with a criticism of colonialism, imperialism and western hegemony, with a plea for social justice and equal rights.

Against all forms of discrimination

Muslims played a key role in the struggle against apartheid in South Africa, says Esack and to this day, their influence goes far beyond their actual number. "After the first free elections, 13 percent of deputies and many ministers were Muslims and in the current cabinet there are several," he says.

In Pakistan, Esack confronted the discrimination of Christians by Muslims. As equal opportunities representative in the Mandela government, he campaigned for the rights of women and homosexuals and founded the group "Positive Muslims" in the fight against Aids. He rejects all forms of discrimination – including those based on sexual orientation, he says, even though that sounds provocative to some Muslim ears. 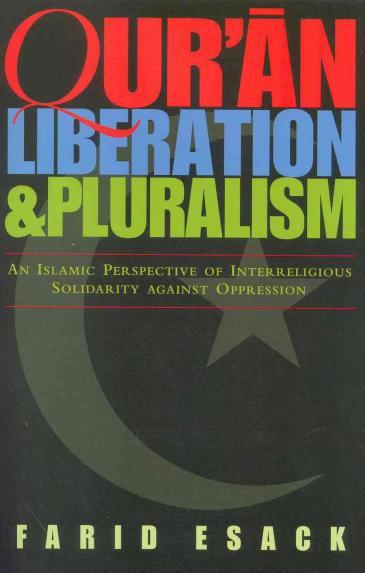 Muslim theologian and political activist Farid Esack won global recognition for his works against South Africa′s apartheid system. From 1994 onwards he worked for several years as equal opportunities commissioner for the Mandela government. His bestsellers include "Qur'an, Liberation and Pluralism" (1997) and "The Qur'an: A User's Guide" (2005)

But Esack is also a critic of the West: of repression in the guise of fighting terror, of arms exports to regimes such as those of Saudi Arabia and Egypt. "We behave as though we espouse the values of enlightenment and democracy. But our economic interests often carry more weight," he says.

Esack believes that the argument of Germany′s "historic responsibility" towards Israel, which often crops up in debates on the Middle East, is a moral cloak to conceal political and economic interests. Accusations that the Israel boycott recalls the Nazi slogan "do not buy from Jews" he dismisses as propaganda. "Some Germans clearly believe they are the axis around which the entire world turns," he says.

The BDS campaign has "absolutely nothing at all" to do with anti-Semitism, he continues. This is evident from the fact that Jews are also represented on the BDS movement advisory board and that Jews also campaign against the occupation in Israel itself. "When it comes to criticising Israeli policies, I wish German newspapers had the courage that Israeli newspapers such as Haaretz have."

Critics also accuse Esack of expressing sympathy for the idea of an "Islamic state" at an event in Hamburg. Esack rejects this. "The opposite is the case!" he says in his defence. "Personally I reject states founded on a religious or ethnic basis and I also can't imagine living in such a country." All he actually said at the event was that ideas cannot be vanquished with violence or bans, but only with better ideas.

"As an example, I said that vegetarians should have the right to espouse a vegetarian country, if they believe that eating meat is bad for the environment and that we should protect the animals," says Esack. "In the same sense, Muslims should have the right to call for a Muslim state, if they are convinced by the idea." He went on to say that in South Africa, the ideas of the Communists were also openly and controversially debated.

Esack sees himself as a Muslim liberation theologian and therefore on the same wavelength as Christian counterparts such as Leonardo Boff and Gustavo Gutierrez, or Jewish theologians such as Daniel Boyarin and Marc Ellis. For Esack, the fact that in South Africa, Muslims are in the minority but not discriminated against, is an ideal prerequisite for the development of a liberal interpretation of Islam.

"Because I live in a society where I don't have to fight for my own identity, I am better able to fight for the rights of others – for gender equality or for people with HIV," he says. "This is why South Africa has produced some of the most creative studies on Islam, democracy, civil society and gender."

Farid Esack represents a left-wing solidarity movement of the global South and a democratic and pluralist understanding of Islam, which is against extremism, fundamentalism and violence. His involvement with the BDS movement should be viewed in this context. There is no obligation to share his view on Israel. But going so far as to label him an "anti-Semite", dismissing him in the process, does not do justice to this intellectual and activist.

Daniel Bax is a Berlin-based journalist and writer. His book "Angst ums Abendland" (Fears for the Occident) takes aim at Islamophobia and was published by Westendverlag in 2015.

Even in times of war and pandemic, refugees are still being deported to Afghanistan. Several deportation flights have taken place in recent weeks alone. Since those affected often ... END_OF_DOCUMENT_TOKEN_TO_BE_REPLACED

The USA and NATO plan to withdraw from Afghanistan by September. The operation is risky, the outcome uncertain. Many Afghans fear civil war. The quake on the Hindu Kush will also ... END_OF_DOCUMENT_TOKEN_TO_BE_REPLACED

German Middle East analyst Guido Steinberg and television journalist Ulrich Tilgner have both published new books on the conflicts in the Middle East. Their analyses and their ... END_OF_DOCUMENT_TOKEN_TO_BE_REPLACED

On 7 March, Switzerland became the latest European country to vote in favour of a so-called "burka" ban. It was yet another feather in the cap of the right-wing populist Swiss ... END_OF_DOCUMENT_TOKEN_TO_BE_REPLACED

Syrian-born Rafik Schami is a gifted storyteller and one of the most successful authors writing in German today. In his 50 years in exile in Germany, he has introduced the Arab ... END_OF_DOCUMENT_TOKEN_TO_BE_REPLACED
Author:
Daniel Bax
Date:
Mail:
Send via mail

END_OF_DOCUMENT_TOKEN_TO_BE_REPLACED
Social media
and networks
Subscribe to our
newsletter