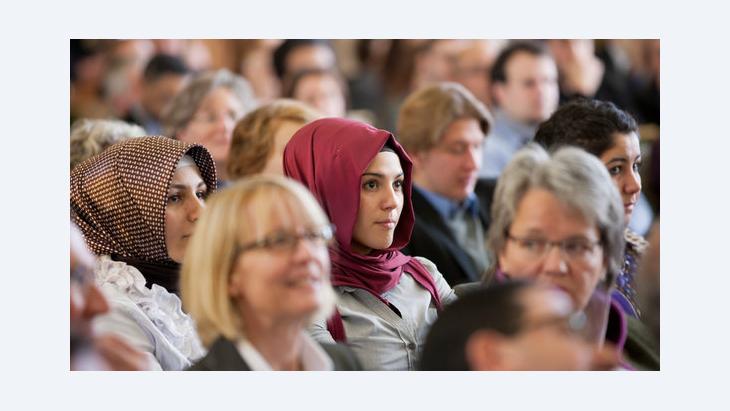 Muslim Women and Integration
Oppressed in the Name of Islam?

The majority of Germans regard Islam as misogynist. No other issue in the public debate on integration has evoked such bitter controversy among Germans. Nonetheless, the image of the "oppressed woman" does not correspond to the real life situation of most Muslim women. By Claudia Mende

Numerous opinion polls confirm that Islam suffers a bad image in Germany. According to a representative study conducted in 2012 by the Allensbach Institute for the Frankfurter Allgemeine Zeitung newspaper, the majority of those questioned associate Islam with a propensity for violence, fanaticism and intolerance.

And it doesn't stop there: more than two-thirds of respondents, 83 per cent in fact, view Islam as misogynist and feel that the religion of the Prophet is characterized by discrimination against women. This was the highest value attained in the poll. In a comparable Allensbach poll from 2006, the number was even higher.

Birgit Rommelspacher, a retired professor of psychology and a specialist in intercultural and gender studies at the Alice Salomon University in Berlin, explains that such poll results come about because people are blocking out the shortfalls and contradictions in German society and then projecting them onto Muslims.

The ambiguous heritage of modernity 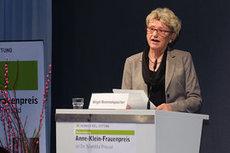 According to Birgit Rommelspacher (pictured here), it is incorrect to say that the modern age is, per se, emancipatory and that religion is always repressive

This, in turn, leads to such dichotomies as the "emancipated Western woman" versus the "oppressed Muslim woman." Rommelspacher sees two widespread yet opposing forms of argumentation in the debate.The argument is either that emancipation is something that is only fundamentally possible outside all religious affiliation or that the liberation of women can only be achieved within the Jewish-Christian West – characterized as it is by its enlightened attitudes – but not within Islam. In principle, neither point of view allows for the emancipation of Muslim women.

Rommelspacher sees both approaches as obscuring important facts that don't fit into this world view. They overlook the fact that the legacy of modernity in Europe is thoroughly ambiguous; even the Enlightenment initially excluded women.

It was only in the era of industrialization that women were pushed out of the economic sphere and into the home. Today, they can only reconquer the economic sphere with great effort. This is reflected in the current debate about how to reconcile work and family life.

Rommelspacher also feels that the view that all religions are exclusively patriarchal and anti-modern is wide of the mark. This line of argument overlooks not only the spiritual equality that dominates all religions in the sense that men and women are equal in the eyes of the Creator, it also fails to take into consideration that Christian and Jewish women in Europe played an important role in the women's rights movement and in its achievements. Similarly, Islamic women are fighting for their rights, although little notice is taken of their efforts. 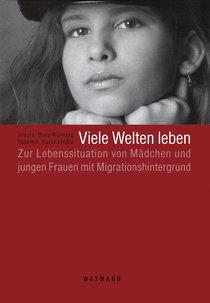 As Rommelspacher sees it, "Neither is modernity, per se, emancipatory, nor is religion always repressive." Both are ambivalent phenomena that are characterized by both emancipatory and repressive elements. However, people only see these ruptures and contradictions in Islam, not in secular-Christian society.

As far as Rommelspacher is concerned, the sweeping evaluation of Islam as misogynist is a consequence of societal competition. It serves to "create a social and cultural hierarchy between native women and immigrant Muslim women," especially on the labour market.

In any case, such assessments are not without consequences. Luise Amina Becker, Islamic religious educator at the Centre for Islamic Women's Research (ZIF) in Cologne, tells how Muslims of both genders "suffer from existing latent experiences of humiliation and their powerlessness to react to the negative opinions of the majority, even when they have not personally experienced any severe forms of discrimination."

A sense of inner distance to German society

Becker, who herself wears a headscarf, feels that as a result of this, Muslim women over 40 are taking a stronger interest in their own traditions. These women ask themselves questions such as "Am I truly at home here?" and "What have I actually left behind?" While most do not consider returning to their country of origin, a sense of inner distance between them and German society remains.

According to Becker, the situation for the younger generation is different. This generation clearly regards Germany as home, yet increasingly seeks security in Islam. She has observed a growing interest in Islamic theology in her courses, which are attended by more students than was the case ten years ago.

Becker trains young men and women to become religious educators who subsequently work in mosque communities. Their parents' generation was naturally rooted in its traditions, never questioning them and often not even really understanding them. By contrast, the young generation tends to intensively and critically examine its traditions. In particular, she says, the role of women in the Koran is being strongly debated among Muslim migrants.

Change of attitudes in migrant families 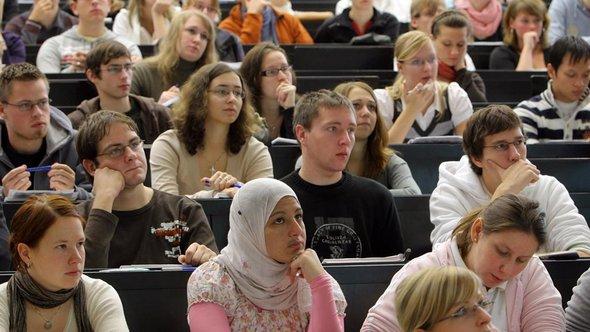 Rising levels of education among Muslim women in Germany: 36 per cent of Muslim parents with a low level of education have highly educated daughters

The vast majority of these young women want financial security in life, but don't want to give up having a family. They also see that there will be problems in balancing both aspects of life.

Young women migrants thirst for a higher education at university, which completely contradicts the image of the "oppressed Muslim woman" purveyed by opinion surveys.

There is also a change in attitudes taking place in many migrant families. For example, traditional areas of conflict, such as the participation of girls in school sports, are no longer an issue. At the same time, state and private facilities such as kindergartens, schools and hospitals have in recent years begun to open up to Muslim immigrants.

When problems do occur, such as violence in the home or young people causing trouble at school, it is important to involve Muslim staff, says the religious educator Luise Amina Becker.

"We absolutely need more Muslim social workers in the youth service authorities," says Becker, "and also increased cultural sensitivity towards the life situation of Muslim families." Only then can existing problems be resolved in the long run, without a further polarization of society.

Home
Print
Newsletter
More on this topic
The Perception of Muslims in the German Media: Heavy on the ClichésMuslims in Germany: ''Integration in Germany Is Making Progress''Portrait of Hilal Sezgin: ''There's No Such Thing as a Typical Turkish Woman''The German Islam Scholar Lamya Kaddor: Why I as a Muslim Woman Don't Wear a HeadscarfRow over Report on Young Muslims in Germany: Easy Pickings for Headline Grabbers
Related Topics
Freedom of religion, Integration in Germany, Islam in Germany, Muslim women, Sharia, The Headscarf Controversy
All Topics

It is possible to write about the Holocaust and the crimes of colonial powers without downplaying anything. In her latest book, Charlotte Wiedemann focuses on the numerous blind ... END_OF_DOCUMENT_TOKEN_TO_BE_REPLACED

This year Annemarie Schimmel, the great German scholar of Islamic studies, would have turned 100. Unique within the German and international academic community of her time, ... END_OF_DOCUMENT_TOKEN_TO_BE_REPLACED

The highly controversial Indian blockbuster "The Kashmir Files“, on the exodus of Kashmiri Hindus in the 1990s, is characterised by unilateral representations, negative ... END_OF_DOCUMENT_TOKEN_TO_BE_REPLACED

Asked about the Shoah, Palestinians often bring up the Nakba, the displacement of Palestinians associated with the founding of the state of Israel. An Israeli Holocaust researcher ... END_OF_DOCUMENT_TOKEN_TO_BE_REPLACED

END_OF_DOCUMENT_TOKEN_TO_BE_REPLACED
Social media
and networks
Subscribe to our
newsletter