Muslim men may wed non-Muslim women whereas Muslim women are, in theory, not allowed to marry non-Muslim men. Now Abdullahi An-Naim has published a book that takes a close look at Muslims and inter-religious marriages. Yogi Sikand has read it

According to conservative Muslim traditions, Muslim women are not allowed to marry non-Muslim men. This reflects the underlying notion that Muslim men are guardians of women, An-Naim says

​​Muslim societies are commonly assumed to strictly abide by shariah-based rules in personal and family law matters, including issues related to marriage. The ulama of the different law schools have developed elaborate rules regarding marriage, including marriage between Muslims and people of other faiths.

Yet, as this book highlights, there is often a hiatus between theoretical prescriptions and actual practice in this regard. This book deals with the issue of inter-religious marriages involving Muslims, looking at how inter-religious couples negotiate their marriages that are often in violation of what are seen as shariah rules.

Men as guardians of women

As Abdullahi An-Naim points out in his introduction to this volume, the shariah allows for Muslim men to marry women belonging to communities traditionally considered to be "People of the Book" (ahl-e kitab), but it forbids them from marrying other women. Muslim women are, in theory, not allowed to marry non-Muslim men.

This reflects, An-Naim says, the underlying notion that Muslim men are guardians of women. It also reflects the belief that Muslims are superior to non-Muslims. 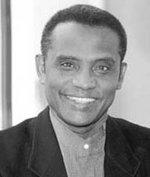 ​​The very fact of marriages taking place against received rules of normative shariah suggests that Muslims who enter into such marriages have their own, alternate understandings of Islam, which need to be explored.

In an increasingly inter-connected world, such cross-community marriages are on the increase, and this calls for new, contextually relevant understandings of shariah on the subject to be developed that, contrary to traditional notions, are firmly rooted in gender equality and a more accommodative approach to people of other faiths.

The book is divided into three chapters, each of which looks at inter-religious marriages involving Muslims. In their chapter on India, Rohit Chopra and Jyoti Punwani examine over 50 such cases in Mumbai, India's most populous city with a fairly sizeable Muslim population.

The Muslims of Mumbai, they write, consist of a number of different sectarian, linguistic and caste communities. In a country where caste endogamy is the general rule, these various Muslim communities rarely marry among themselves, and marriages between Muslims and other communities are even rarer.

In the current political climate in India, where right-wing Hindu organizations are particularly strong and have been responsible, often with the collusion of agencies of the state, for organized massacres of Muslims, inter-community relations have come under increasing strain.

Mingling among the middle class and elites

Yet, despite this, marriages between Muslims and other communities, including Hindus, Parsis and Christians, do occur, particularly among the middle class and elites. In this regard, the authors discuss such issues as reasons for such marriages, the reaction of families to such marriages and the upbringing of children from such unions.

An interesting subject that the authors dwell on in detail is the mutual perceptions of the spouses of each other's religion and community. Often such marriages result in one partner converting to the religion of his or her spouse. In other cases there is no conversion at all, often in the case when neither of the partners practices religion.

In yet other cases, the partners follow their own religion while also developing an appreciation of each others' religion, participating in festivals of both religions and developing an inclusive understanding of religion that transcends narrowly inscribed communal boundaries.

Ethnicity stronger than religion in Senegal

​​The chapter on Senegal by Codou Bop examines cases of inter-religious marriages involving Muslims, both men and women, and non-Muslims, particularly Catholics. She notes that for many Senegalese, ethnicity, rather than religion, is a primary marker of identity and that Senegalese Muslims and Catholics share many customs and traditions, which makes inter-religious marriage a less problematic issue than it would otherwise be.

Yet, Christian and Islamic revivalist movements and tendencies have definitely impacted on Christian-Muslim relations in Senegal, making it more difficult for inter-religious couples to gain social acceptance, although such marriages are recognized as legal by the Senegalese state.

The concluding chapter, on inter-religious marriages in Istanbul, Turkey, by Somnur Vardar, looks at cases of marriage involving Sunni Muslims and Alevis, Christians and Jews.

Despite the fact that Turkey is a secular state, Vardar notes the difficulties involved in gaining social acceptance for such unions. As in the case of India and Senegal, such marriages often involve conversion of one partner to the faith of the other (often that of the husband).

In other cases, they lead to changing notions of religion and identity, often involving some sort of syncretism and borrowing from both traditions, or else to simple indifference to religion altogether.

Alternate notions of the religious "other"

Based as it is on in-depth ethnographic studies, this book would be found useful to readers interested in inter-community relations, for it portrays "ordinary" Muslims' perceptions of Islam that are not reflected in shariah-centred debates and that offer alternate and more accepting notions of the religious "other".

That said, one crucial point that is missing from the book is how the growing number of inter-religious marriages in countries dealt with here have been responded to by Islamic religious authorities and how they have, if at all, sought to revise traditional normative rules governing marriages between Muslims and others.

Wedding Tourism on Cyprus
No Civil Marriages in Lebanon
Since civil marriages do not exist in Lebanon, many mixed-religious couples go to Cyprus to get married. Christina Förch accompanied a couple and reports.

Interview with Ahmed An-Na'im
"We Muslims Have No Church!"
Human rights and secularism, says Ahmed An-Na'im, create a space for protest. And, surprisingly, the lawyer, who is originally from Sudan, sees in the Muslim law system, the Sharia, the third pillar of a humane civil society. Interview by Edith Kresta

END_OF_DOCUMENT_TOKEN_TO_BE_REPLACED
Social media
and networks
Subscribe to our
newsletter