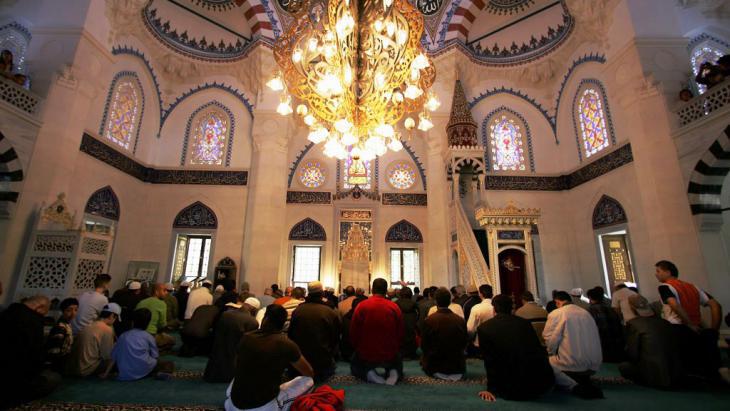 Muslims and the Paris attacks

European Muslims must speak as one

Islam will continue to be equated with brutality until such time as the Muslims of Europe stand together as a group that not only protects its religiousness, but also projects a positive image of its religion, says Jordanian writer Mousa Barhouma

There are no merits or positives in killing innocent, peaceful people. But in France's case, there may be a silver lining. While no reasonable person would support the destruction of human life, there is now a growing sense of the need to contain those who commit the most heinous crimes in the name of religion and the worst sins and cruelties that fly in the face of compassion.

"Containment" in this sense does not just mean what governments, military institutions, international and regional alliances, and intelligence operations do. It means rather that people in society must challenge "Salafist jihadist" groups and certain currents of political Islam where there is no apparent distinction between their rhetoric and a rhetoric of militancy that employs the weapons of murder, kidnapping and throat-slitting, and draws on jihadist ideology itself.

In some polls on public support for IS in the Arab world, 15 per cent of respondents said that "the military success of Islamic State" was the most important factor in its popularity and influence amongst its supporters. According to an opinion poll conducted by the Arab Centre for Research and Policy Studies in Doha published in November last year, however, 14 per cent said that "the declaration of the Islamic Caliphate" was the most important factor. 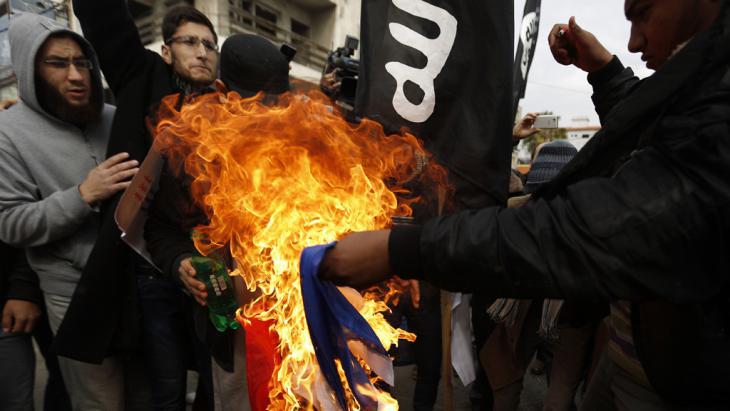 A spiral of hatred and violence: "No country is safe from the barbaric, blind, randomised killing machine, especially given the emergence of what has become known as 'individual jihad', which turns many religious fanatics all over the world into time bombs," warns Mousa Barhouma

On the victims of jihad

Perhaps what was meant by those who deemed the terrorist attacks that struck France and Australia most recently, and Spain, England, Belgium, Bulgaria, Sweden and Germany before them, a "success" was that they "slaked" the thirst of those who still doggedly adhere to the narrative of the injustice faced by Muslims in those societies.

However, this issue is secondary to a fundamental dilemma that could be described as the transformation of "injustice" and the perception of injustice into a strategy. The strategy here is not to meet the calls made by swathes of Muslims living in the "land of godlessness" to draw attention to injustice, but to expand jihad to those areas not governed by God: the "pagan communities" (Jahiliyyah).

Over 50 years ago, Sayyid Qutb addressed this issue in his book "Milestones", where he wrote that "man is servant to God alone, there is no sovereignty except God's, no law except from God, no authority of one man over another, and this is the way".

Muslims living in those "pagan communities" should not be surprised if greater restrictions are placed upon them, if they – and Islam – fall victim to widespread hatred, if they become trapped and marginalised, if their mosques are burned down, and if the word "Muslim" becomes a byword for brutality, barbarism and plague if they do not speak as one to fight for their interests, protect their religiousness and also uphold a "positive" portrayal of their religion that is no longer recognised by the West or the world at large. For the practices of those who spoke in the name of their religion have been drowned in blood, violence and threats to peace in society, and been lost.

Murder in the name of religion is not committed in a vacuum, and its perpetrators could not act without some popular support and the psychological, financial and logistical backing of Muslim communities in both East and West. These communities are not aware, because of a lack of sensible religious guidance and because of the tyranny of individual and collective suffering, that those Salafist jihadist organisations that take "revenge" on their behalf, will take revenge on them in the near future.

Mousa Barhouma is a Jordanian writer who contributes to leading Arab newspapers. Until 2010, he was editor-in-chief of the Amman-based daily newspaper "Al-Ghad" ("The Tomorrow")

No country is safe from the barbaric, blind, randomised killing machine, especially given the emergence of what has become known as "individual jihad", which turns many religious fanatics all over the world into time bombs.

The jihad professed by supporters of the sword is, in normal circumstances, in the conditions I have described, and constrained by the law, nothing but the "lesser jihad". The "greater jihad" is the struggle with oneself, the struggle for the soul and its purification in order to prevent oneself from sliding into evildoing, the destruction of life and the murder of man, who has been chosen by God to inhabit the Earth and build on it with goodness and justice.

Now that religious and ethical standards have been overturned, reason banished, the simple masses deceived, and "wise strategies" have failed, the stage has been set for religious warfare.

What does it matter to those who have crawled out of the caves of the past if the world is going up in flames? What is the world but a fleeting passage and the enjoyment of vanity? An eternity awaits them. Their "martyrdom" is nothing but a passport to cross over into a world that religious stories have infused with all that is magical and appealing. Jihad, so they are told, is the easiest path to that everlasting happiness!

Mousa Barhouma
© Qantara.de 2015
Translated from the Arabic by Lindsay Munford

Home
Print
Newsletter
More on this topic
Muslims and the Paris attacks: "I distance myself from these murderers – not as a Muslim, but as a human being"Democracy and freedom of speech: Charlie and TheoOn Raif Badawi, Charlie Hebdo and non-violent Islamism: "We are all in this together, like it or not"After the Paris attacks: The dangerous "alliance" between Islamism and Islamophobia
Related Topics
European Islam, Islam and the West, Islamism | Political Islam, Jihadism | Jihadists, Muslims in the West, Salafis | Salafism
All Topics

On 24 November 2019, the International Consortium of Investigative Journalists (ICIJ) – along with 17 media partners from 14 countries around the world – published the "China ... END_OF_DOCUMENT_TOKEN_TO_BE_REPLACED

The refugee crisis on Turkey's borders can only be resolved with a new EU deal. It should build on the current plan, but avoid its flaws, writes Ozgur Unluhisarcikli of the German ... END_OF_DOCUMENT_TOKEN_TO_BE_REPLACED

Children’s books shape the way we see the world as we grow up. In recent years calls have been growing for European publishers to reflect the increasing diversity. By Sonja ... END_OF_DOCUMENT_TOKEN_TO_BE_REPLACED

Germany and other member states of the European Union are for the first time making use of the so-called INSTEX mechanism to circumvent the sanctions imposed on Iran by the United ... END_OF_DOCUMENT_TOKEN_TO_BE_REPLACED

The coronavirus pandemic has disrupted social and economic life across the globe. But in the Middle East, authorities have coupled religious edicts with public health advice to ... END_OF_DOCUMENT_TOKEN_TO_BE_REPLACED

In the face of COVID-19, we need to admit the political mistakes of recent years and adjust our trajectory according to the compass of reality. People around the world – ... END_OF_DOCUMENT_TOKEN_TO_BE_REPLACED
Author:
Mousa Barhouma
Date:
Mail:
Send via mail

END_OF_DOCUMENT_TOKEN_TO_BE_REPLACED
Social media
and networks
Subscribe to our
newsletter