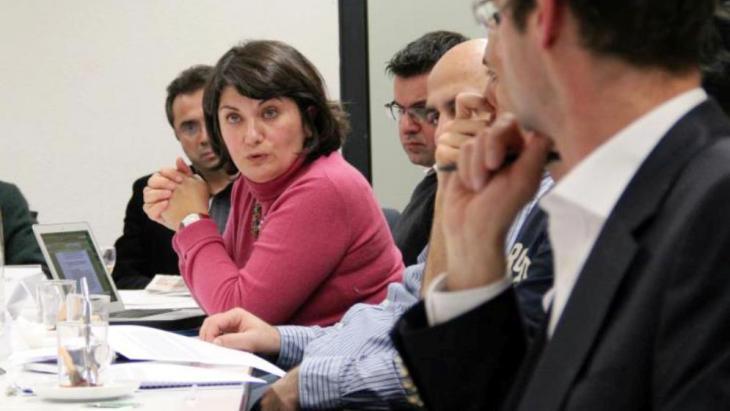 Muslims and the Paris attacks
"I distance myself from these murderers – not as a Muslim, but as a human being"

Canan Topcu is a freelance journalist with a Muslim background. Following the Paris attacks, she experienced the same knee-jerk reaction that comes after every Islamist act of terrorism: Muslims are called upon to distance themselves from the perpetrators. She finds this irritating and hurtful, especially as Muslims are also victims of Islamist terrorism

Two attackers cried "Allah is great" and deliberately shot at people. News of the attack at the editorial offices of the satirical magazine "Charlie Hebdo" had barely begun to circulate when the shooting was labelled an attack on press freedom and freedom of expression. This interpretation is understandable – after all, the terrorists murdered the staff of a magazine that paid no heed to whether it hurt the feelings of Muslims, Christians and Jews.

But in contrast to all my colleagues, I did not immediately interpret the Paris attack primarily as an attack on fundamental democratic values, but as an attack on Muslims. And as I became aware of my differing point of view, I began to doubt my judgment. It was only when I began to talk to others like me that I found some relief, as I realised that I – a journalist with a Muslim background – am not the only one thinking along these lines: the Islamist terrorists may have launched an attack on freedom of expression and killed 12 people, but first and foremost they also hit us Muslims. They have delivered us to right-wing populist politicians, Pegida supporters and all those who view Islam as the greatest threat to the West and who believe that we do not belong here, although many of us were born here, grew up here and are even German citizens.

Soon after the attack began dominating the headlines across all media, I had another thought, namely that conspiracy theories would begin to circulate in Muslim communities. I was right! Before long, people on social media were claiming that the Israeli intelligence service was responsible for the attack; that the murders were being pinned on Muslims. I was just as disconcerted by the fact that the Sunday edition of a serious newspaper headlined with the conspiracy theories being circulated by Muslims as I was by the idea that Mossad was behind the killings.

No right to decide who lives or dies

Twelve people had to die, because... well, why did they have to die? Because two brothers were in agreement that no jokes should be made about Islam and that the Prophet Muhammad is no laughing matter? But why not? How and why does such a high degree of sensitivity come about in relation to religion? I have more questions than answers.

I do not feel hurt by cartoons of Muhammad! But why do they hurt others who claim to be Muslims and who respond with violence to the alleged blasphemy against God and the Prophet? Is it enough of an explanation to say that those who perceive themselves to be the losers in this society feel devalued, that those left behind by the social system are unable to deal with their sense of personal affront in any other way? The devaluation of Islam as a religion by the Western world? The arrogant stance towards Muslims?

I do not know what went through the minds of the two brothers when they planned this attack, what really motivated them to commit this act. I am no psychologist. Nor am I a clairvoyant or an expert on terrorism. As far as their motives and the background details are concerned, I will leave that to the experts, but I would like to state my own thoughts and feelings here. 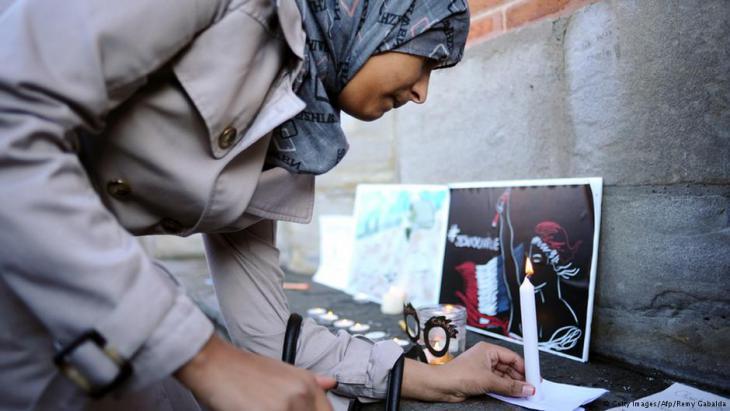 Europe's Muslims under general suspicion. Canan Topcu says that the Islamist terrorists in Paris have delivered Muslims "to right-wing populist politicians, Pegida supporters and all those who view Islam as the greatest threat to the West and who believe that we do not belong here, although many of us were born here, grew up here and are even German citizens"

Islam is a religion of charity and compassion

Islam was conveyed to me by my parents and the mosque community as a religion of charity and compassion. Even if it were possible to find legitimation for vengeance and killing in the Koran, it would never cross my mind to kill a person, even if I could find a thousand reasons to justify such an act.

My common sense tells me that I have no right to decide who should live and who should not. How am I different to those who deem themselves to be judges? Why are these people so brutalised that they take up weapons in the name of Allah? Who is inciting them to do so? Why do these spiritual firebrands incite them to such acts? Who is benefitting from the atrocities of these supposed Muslims?

Again, more questions than answers! It must be forces that do not want us – Muslims, Christians, Jews and atheists – to live alongside one another in peace; forces that want to see cultures and religions locked in battle, for whatever reason…

On an equal footing

To me, this much is clear: we Muslims are victims of Islamist terrorism and are once again being called upon to distance ourselves from violent acts committed in the name of Allah. I am irritated by the representatives of Muslim associations and Muslim figures in professional life who allow themselves to be manipulated and do what is expected of them, namely to explicitly distance themselves from the deeds as Muslims.

I also distance myself from these murderers – but not as a Muslim, as a human being! I feel just as alienated by the expectations of Joe Soap as by those of high-ranking politicians. I feel ostracised on account of these expectations, and yet again, I get a sense of not being an equal amongst equals in this country.

I am hurt and distressed and take up my "weapon", the pen, to appeal to you: do not be taken in by the provocateurs; do not lump us Muslims together with the misguided; differentiate between the two and regard us Muslims as equals! As individuals! Do not reduce us to our faith and our usefulness to society. Do not allow us to be divided for ideological and party political reasons, thus enabling the spiritual firebrands on both sides to achieve their goal.

Canan Topcu is a freelance journalist who has focused on the issues of migration, integration and Islam for many years. She lives in Hanau and works for a variety of media.

Home
Print
Newsletter
More on this topic
"Extremist groups want to impose on us a clash of civilisations"Attack on the French satirical magazine "Charlie Hebdo": Do not be deceived!Reactions to the Paris attacks: Religiousness is not the problemFrench reactions to IS terror: "What next? Will we ask Muslims to kneel?"
Related Topics
Cartoons, Democracy and civil society, International terrorism, Islam and the West, Islam in Germany, Jihadism | Jihadists, Muslims in the West, Satire
All Topics

Following the recent brutal attack on Salman Rushdie, famous writers have been reading passages from his works. Torsten Landsberg takes a look at the struggle in 1988 to publish " ... END_OF_DOCUMENT_TOKEN_TO_BE_REPLACED

Much has changed in the European post-fascist firmament since former SS officers, veterans of the collaborationist Vichy government and other dubious figures established the ... END_OF_DOCUMENT_TOKEN_TO_BE_REPLACED

Welcome to the world of Al Qasar, where Arabic music collides head-on with punk and psychedelic to create something powerful and beautiful. "Who Are We" is a raucous, subversive ... END_OF_DOCUMENT_TOKEN_TO_BE_REPLACED

While the ongoing legal dispute between Qatar Airways and European aircraft manufacturer Airbus has sent shockwaves across the entire global aviation sector, it may also threaten ... END_OF_DOCUMENT_TOKEN_TO_BE_REPLACED

END_OF_DOCUMENT_TOKEN_TO_BE_REPLACED
Social media
and networks
Subscribe to our
newsletter