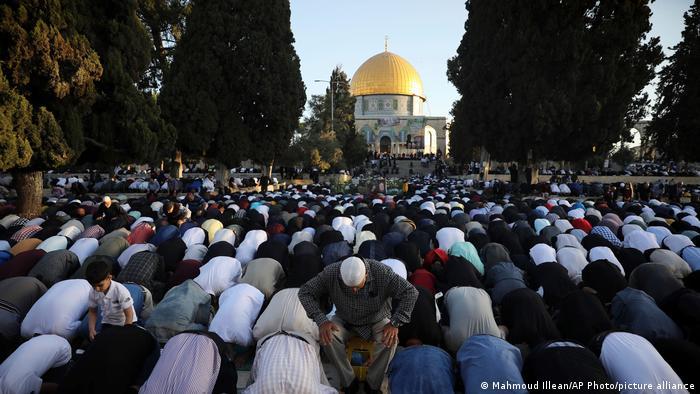 Overshadowed by conflict: Ramadan has come to an end in the midst of escalating violence between Palestinians and Israelis. Still, about 100,000 Muslims came together on the Temple Mount in Jerusalem on Thursday, according to media reports. The compound, which is home to the iconic Dome of the Rock and Al-Aqsa Mosque, is the third holiest site in Islam 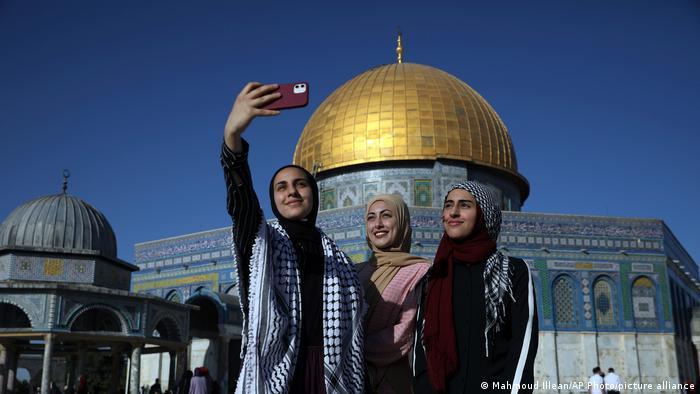 Selfies at a holy site: at the beginning of the week, this was the site of riots. Protesters threw stones, police fired stun grenades and rubber bullets and a fire broke out. But for Eid ul-Fitr, the Dome of the Rock went back to being a popular site for snapshots 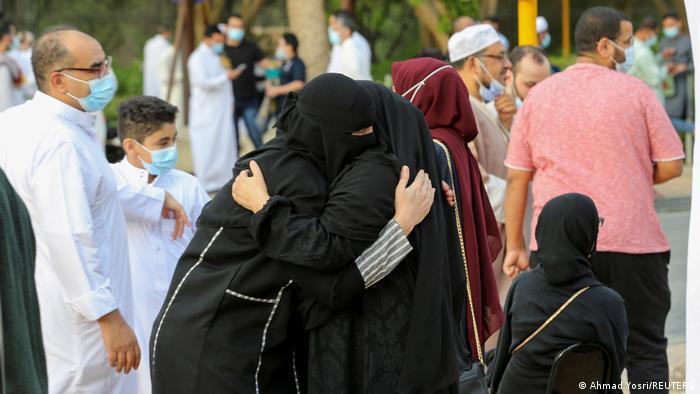 A focus on community: Thursday marks the first of three days of Eid ul-Fitr, celebrating the end of Ramadan. This is a scene from Riyadh, Saudi Arabia where the morning prayer rang in the beginning of the festival 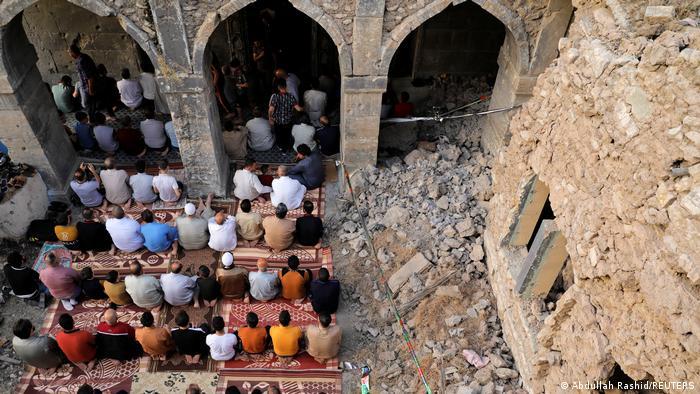 Praying next to ruins: the Al-Masfi Mosque, also known as Umayyad Mosque, in Mosul, Iraq was built nearly 1,400 years ago. Parts of it were destroyed in the war with the so-called "Islamic State." But Muslims still pray here for the festival 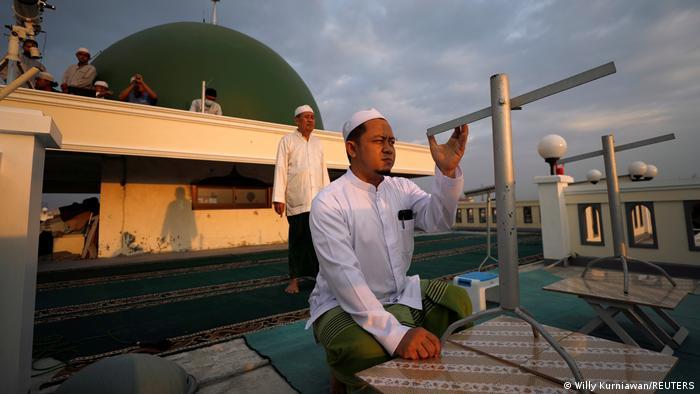 Looking for the moon: the end of the fasting month depends on when the crescent moon is sighted. At the Al-Musyari'in Mosque in Jakarta, Indonesia, people still use traditional tools to spot the moon 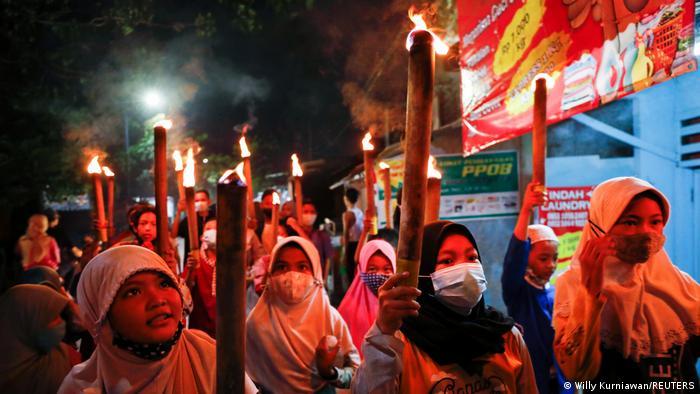 Parading with torches: In Jakarta, children carried torches around their neighbourhood during the night before the start of Eid ul-Fitr 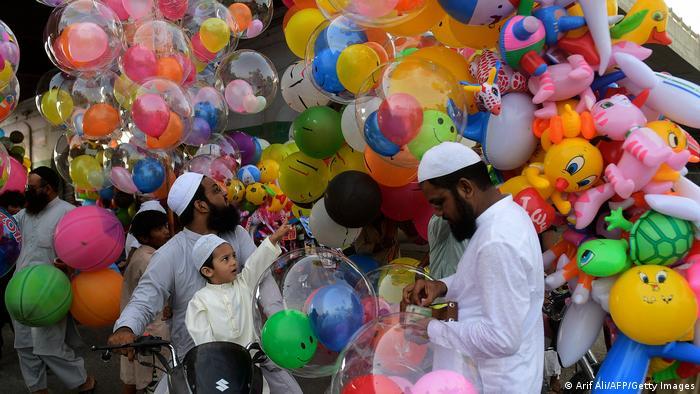 Gifts for the little ones: Eid ul-Fitr is especially important to children, who often receive gifts and sweets. This boy in the Pakistani metropolis of Karachi seems to have found his favourite balloon 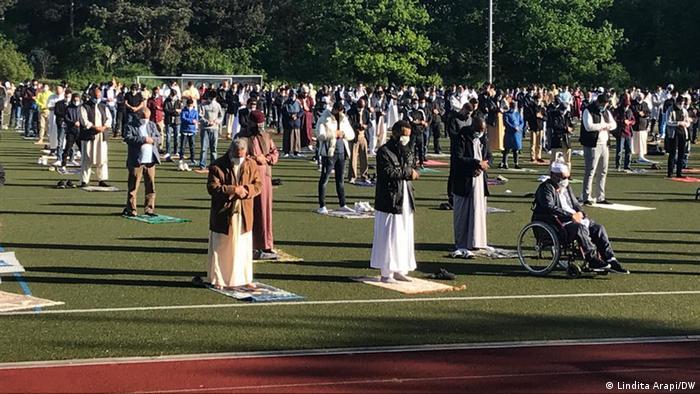 Together, but at a distance: Muslims also gathered in Germany to celebrate the beginning of the festival. In Bonn, they followed pandemic protocols and prayed on a sports field while keeping a distance and wearing face masks 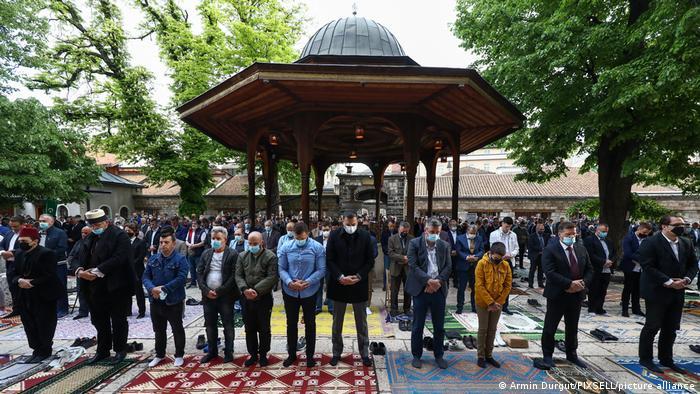 In the open air: about half of the population in Bosnia-Herzegovina is Muslim. Here, people also met to pray in the open air the morning after cannon shots marked the last time to break the Ramadan fast 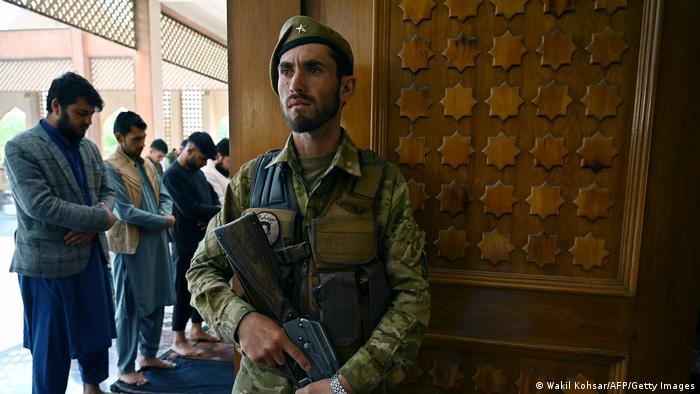 Will the short-lived peace last? In Afghanistan, the radical Islamist Taliban and government troops agreed on a three-day cease-fire. But security personnel still stood guard at the Abdul Rahman Mosque in Kabul, one of the largest in the country, to control arriving devotees 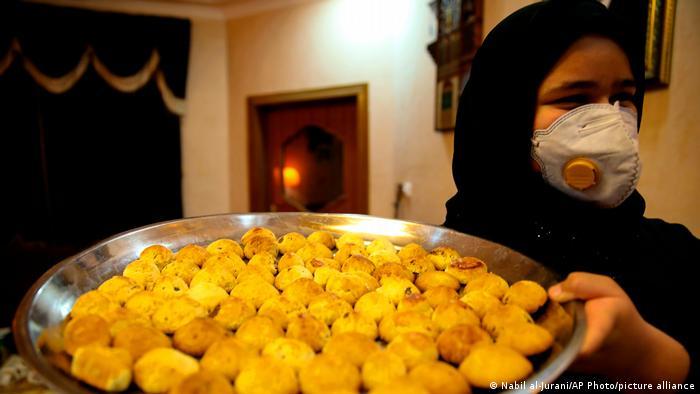 A culinary celebration: For many, the three-day celebration is also an opportunity to indulge in delicious feasts. Of course, baked goods like these cookies are a must

END_OF_DOCUMENT_TOKEN_TO_BE_REPLACED
Social media
and networks
Subscribe to our
newsletter