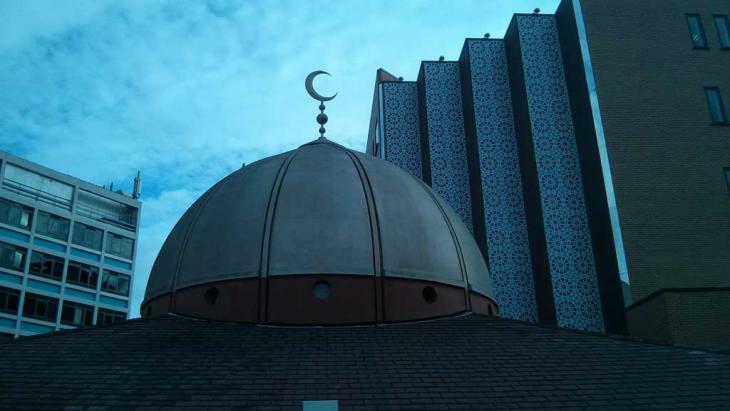 The brutal killing of Lee Rigby in London in May by two Muslim converts was widely condemned by Muslim religious leaders, but still led to a rise in threats made against Muslims and mosques. Many Muslims in Britain, however, work to try and counter extremism. Joanna Impey reports

British soldier Lee Rigby was killed in broad daylight outside his barracks in southeast London on May 22, 2013. The attack provoked a public outcry, because the accused told passers-by that they were killing a soldier to avenge the killing of Muslims by the British armed forces.

Michael Adebolajo and Michael Adebowale, both converts to Islam, pleaded not guilty to the charges during a hearing in September. On Monday, the two men appeared in court. In the morning, roughly 30 protesters demonstrated in front of the courthouse. Among them was the leader of the far-right British National Party, Nick Griffin.

The heinous murder of Lee Rigby was widely condemned by religious leaders, but still led to a rise in threats made against Muslims and mosques in the days and weeks following the murder. Shaynul Khan of the East London Mosque says the atmosphere was tense.

"We heard many incidents of mosques and other institutions, as well as people, being attacked in the wake of the Woolwich incident," he told DW in an interview. "So I think at that time the community was gripped by a certain degree of fear."

Several months later, however, the situation seems calmer. On the roof of the East London Mosque the call to prayer cuts through the sound of traffic on the busy street below. Thousands of people, many of them of Bangladeshi origin, worship here every week. 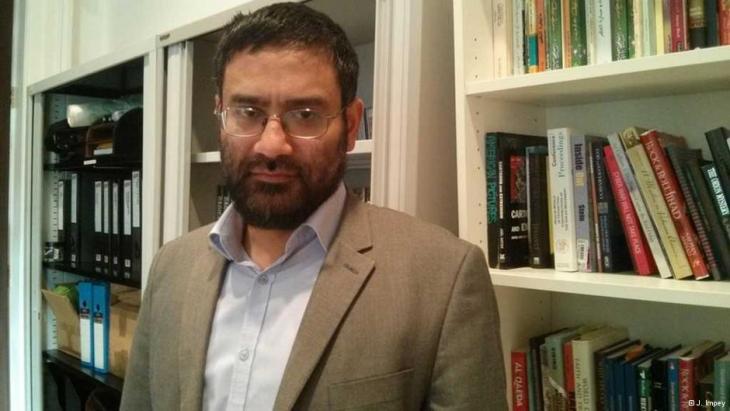 Usama Hasan of the Quilliam Foundation in London works to promote Muslim integration and combat religious fanaticism. Followers of Islam form the second-largest religious community in the UK. According to the most recent census, the number of Muslims living Britain has risen from 3 to 4.8 percent over the last decade

"What happened in Woolwich was unspeakable and it's not something that anyone can forget in a hurry. So I think the impact of that will still continue to linger on with us for a while to come," Khan said.

Some three million Muslims live in Britain today. They face a number of challenges. On the one hand, right-wing extremists, such as the English Defense League, are seeking to stir up sentiment against them. The EDL staged a number of anti-Islamic protests in the aftermath of the Woolwich killing.

On the other hand, Islamist extremists are seeking to radicalize disaffected people on the fringes of society.

But there are also organizations working with the Muslim community to promote integration and protect against extremism, such as the Quilliam Foundation – a think tank that seeks to challenge extremist views.

Usama Hasan works for the Quilliam Foundation. He knows the dangers of extremism only too well. By turning away from the radical Islamists, he and his colleagues became a potential target for these extremists. Their office in central London is now fitted with bomb-proof windows.

Nevertheless, Hasan feels that the Muslim community has made a lot of progress since the Islamist attacks on the London Underground and buses in July 2005, which killed over 50 people.

"One of the silver linings from the Woolwich incident was that ordinary British Muslims really felt a strong sense of revulsion, as the whole country did. And their reaction was 'enough is enough,'" Hasan said.

But it's young people – young men in particular – who most risk radicalization. That's why the Osmani Youth Centre, a short walk away from the East London Mosque, offers support to youngsters in the local area, notably those at risk of joining gangs.

"Sport is a language that everyone understands and it's a good way of engaging young people from all types of races and faiths. It's one of our more successful programs."

Mumin feels Muslims tend to get bad press in the British media, even though he says the vast majority of them are well-integrated into British society.

Shaynul Khan of the East London Mosque agrees with him. For him, the UK is still one of the best places in the world to be a Muslim.

"I've grown up here all my life," he said. "I consider no other place home other than Britain. And I think the liberties that I'm offered here are far better than anything I would see across the globe. So I'm really proud to be living here in Britain."

The catastrophic human rights situation in Bahrain is being largely ignored by the rest of the world. Despite all the damning evidence, which includes a Human Rights Watch report ... END_OF_DOCUMENT_TOKEN_TO_BE_REPLACED

The military in Sudan has never waged war against a neighbour, but it has already staged 17 coups. Tens of thousands of people are risking their lives to oust the military by ... END_OF_DOCUMENT_TOKEN_TO_BE_REPLACED

The takeover of English football club Newcastle United by the Saudi Public Investment Fund is more than an attempt by the Kingdom to boost its own image. There are strategic ... END_OF_DOCUMENT_TOKEN_TO_BE_REPLACED

Western states have fought against terrorism not only in Afghanistan, but also in Syria and Iraq – leaving behind people who were once their partners in fear and poverty. Hisham A ... END_OF_DOCUMENT_TOKEN_TO_BE_REPLACED

Newly discovered aerial photographs taken by the German Luftwaffe show what a keen interest the Germans took in British-controlled Palestine during the Second World War. Not only ... END_OF_DOCUMENT_TOKEN_TO_BE_REPLACED

The swift fall of Kabul recalls the ignominious fall of Saigon in 1975. Beyond the local consequences – widespread reprisals, harsh repression of women and girls, and massive ... END_OF_DOCUMENT_TOKEN_TO_BE_REPLACED
Author:
Joanna Impey
Date:
Mail:
Send via mail

END_OF_DOCUMENT_TOKEN_TO_BE_REPLACED
Social media
and networks
Subscribe to our
newsletter