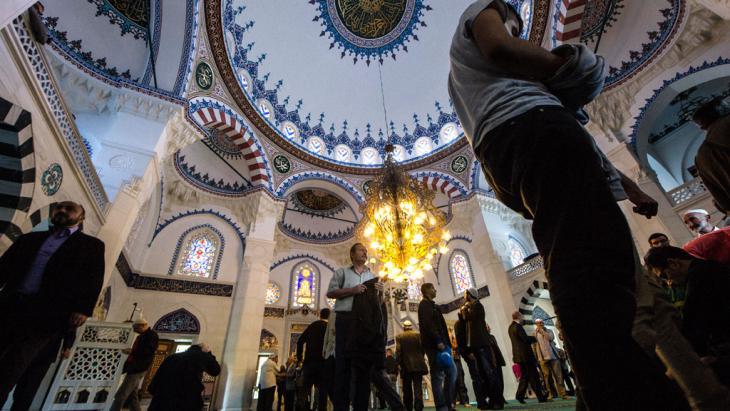 The case of the cancelled event against homophobia at the Sehitlik Mosque in Berlin is not evidence of the "backwardness of Islam", as many so-called "critics of Islam" are claiming. It is solely an illustration of the fact that conditions in Germany make it incredibly difficult for Muslims to be a self-determined and equal part of our society. By Armin Langer

The Islamic Sehitlik community in the Berlin district of Neukölln had intended to take a stand against homophobia and transphobia within the Muslim community. The idea was that gays, lesbians and transsexuals would visit their mosque and enter into a dialogue with worshippers there. This highly symbolic meeting in the mosque had been scheduled to take place over a week ago, but the event was cancelled – officially "postponed" – due to political pressure from Turkey.

For racists seeking swift recognition as "critics of Islam" in worlds both real and virtual, this was all they needed. Following the cancellation of the queer–Muslim dialogue event, the Internet bristled with comments and mass-distribution e-mails along the lines of: "There's nothing more to add, everything's been said. Don't forget: this mosque is regarded as VERY liberal."

While they remained silent when the dialogue meeting was first announced, the authors of such reactionary comments now claim that this is yet more evidence that "Muslims don't fit into our system of values". This is tantamount to saying "all Muslims are homophobic", of course, which is why German Islamophobes are now suddenly developing a sense of solidarity with gays, lesbians and transsexuals.

But what does the Turkish state have to do with a mosque in Berlin?

A lack of privileges

The so-called "critics of Islam" frequently accuse mosque communities in Germany of exclusively representing the interests and customs of the worshippers' countries of origin. The perpetual claim is that the communities are neither independent, nor capable of integration. But what these "critics" consciously disregard is the fact that the communities are forced by the German state to rely on the financial support of other countries. 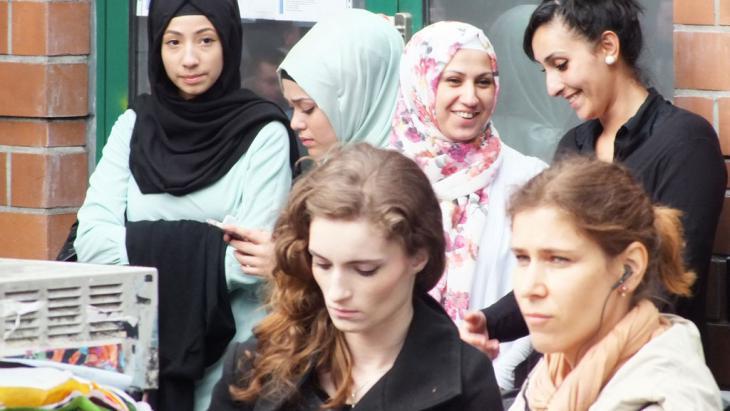 "The five million Muslims who live in this country will only become full, integrated citizens when state and society permit it. In this sense, there are also 'integration deficits' in majority society," writes Armin Langer

Christians and Jews in Germany pay religious taxes (Kirchensteuer and Kultussteuer respectively); Muslims do not have this privilege. The Catholic Church in Germany has an annual income of some €5.5 billion from this tax alone: for Muslim congregations, which are just a fifth of the size, this means that they lack over €1 billion that could be invested in dialogue projects such as the one planned by the Sehitlik Mosque – a billion euros that would mean independence from governments in Ankara, Riyadh and Rabat.

But this tax privilege isn't the only thing that Muslims have to do without. State discrimination in Germany also takes on other forms.

Although theoretically we live in a secular state, only church bells are allowed to ring out; the muezzin is not even permitted to issue a call to prayer on Fridays or public holidays.

Muslim burials without a coffin are prohibited in all but a handful of federal states. The mandatory use of coffins dates from the seventeenth century, when it was introduced as a way of preventing the burial of a person who only appeared to be dead, by storing the body in a coffin for 48 hours.

Muslims are not represented on the majority of broadcasting councils, although they also pay fees for public-service broadcasting.

Exclusion from the religious tax system means these mosques are dependent on the agendas of other governments. The state's non-recognition of Muslim communities and their needs prevents the integration of Muslims in Germany in particular.

The case of the cancelled event against homophobia at the Sehitlik Mosque is not evidence of the "backwardness of Islam", as many are now saying in online forums. It is solely an illustration of the fact that conditions in Germany are such that Muslims cannot be a self-determined and equal part of our society.

The five million Muslims who live in this country will only become full, integrated citizens when state and society permit it. In this sense, there are also "integration deficits" in majority society. As long as majority society does not make a change, we are leaving it to governments in Turkey and Saudi Arabia to decide whether, for example, gays, lesbians and transsexuals are welcome in a mosque.

Armin Langer is the co-ordinator of the Salaam-Schalom Initiative in the Berlin district of Neukölln.

Home
Print
Newsletter
More on this topic
The German Muslim community's protest against extremism: "No" to hatred and injusticeInterview with the sociologist of religion Detlef Pollack: "Germans are much less tolerant"Debate about the role of Muslims in fighting Islamist terrorism: IS is not just a Muslim problemChanging the orientation of Germany's Islam Conference: New agenda, same old faces
Related Topics
Criticism of Islam, Dialogue of Religions, LGBTQ rights, Integration in Germany, Islamophobia, Mosques in Germany, Muslim associations in Germany, Muslims in the West, Pegida
All Topics

Giessen, Eichsfeld, Kusel, Berlin – cars bearing old German number plates are the latest trend on the streets of Cairo. Many Egyptians regard the discarded plates as chic. What ... END_OF_DOCUMENT_TOKEN_TO_BE_REPLACED

Tunisia has been going through a severe economic and political crisis in recent years. More than one in three young people there are unemployed. For many skilled, qualified and ... END_OF_DOCUMENT_TOKEN_TO_BE_REPLACED

German imams have publicly expressed their solidarity with the women of Afghanistan. In a letter of protest, the clerics say that the Taliban regime's decree barring women from ... END_OF_DOCUMENT_TOKEN_TO_BE_REPLACED

At the end of every year, the team at Qantara.de gives you a run-down of the ten most-read articles on the site over the past 12 months. Here is a quick overview of the stories ... END_OF_DOCUMENT_TOKEN_TO_BE_REPLACED

Social engagement is often motivated by religious factors. A new book explores the background to these community efforts and appraises how effective they are in helping to ... END_OF_DOCUMENT_TOKEN_TO_BE_REPLACED

The government in the Netherlands, one of the last European nations to abolish slavery, has made an historic apology. But some feel that there is still a long way to go. By Ella ... END_OF_DOCUMENT_TOKEN_TO_BE_REPLACED
Author:
Armin Langer
Date:
Mail:
Send via mail

END_OF_DOCUMENT_TOKEN_TO_BE_REPLACED
Social media
and networks
Subscribe to our
newsletter