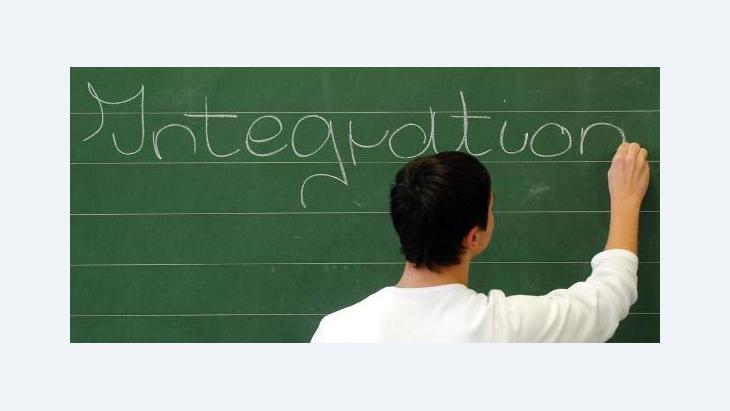 Muslims in Germany
''Integration in Germany Is Making Progress''

﻿You wouldn't expect it in light of the resurgent German debate about the willingness of young Muslims to integrate into mainstream society, but integration in Germany is actually faring better than expected. An analysis by Jonathan Laurence

With his highly selective summary of a 700- page integration report – focusing on the one in four "non-German Muslims" who resist majority society – Interior Minister Hans-Peter Friedrich confirmed his pattern of expressing skepticism about Muslim integration in Germany.

From the moment Friedrich took office, he updated the 1990s conservatives mantra that "Germany is not a country of immigration" for the post-citizenship reform era by arguing that Islam did not truly "belong" to Germany. He thereby inserted himself in a decades-long tradition of conservative politicians in denial of the country's ethno-religious diversity.

Germany is lacking the mainstream political leaders who can take away the punchbowl of nationalism and assume the adult role of informing the German public that they are now a diverse society. The new nationality law may mean that most Turkish-Germans would be born with German citizenship from 2000 onwards, but German politicians have still not fully digested the implications of cultural diversity that follow from that reform. 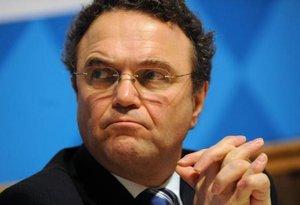 Germany's Interior Minister Hans-Peter Friedrich inserted himself in a decades-long tradition of conservative politicians in denial of the country's ethno-religious diversity, writes Lawrence

​​Friedrich is the latest in a line of diversity deniers who have preferred to wear blinders rather than break the news to the German electorate. These politicians share a basic refusal to accept that the categories of Muslims and German might not be mutually exclusive.

The views of Hans-Peter Friedrich have a long pedigree that crosses partisan lines. They don't appear so different from those of Thilo Sarrazin, the former federal banker who argued that migrant stock was "dumbing down" the country, and who said he felt justified by the recent study.

This national kabuki surrounding the place of Islam in German identity, however, is increasingly belied by a number of encouraging trends in German Muslims' citizenship and institutional integration.

Oddly, the transfer of a Turkish-German prisoner to Düsseldorf last month may turn out to be a far more meaningful event for the future of Turkish-Germans in the Federal Republic. The family of Murat Kaya, a Turkish German sentenced to four years in a Serbian prison, sought the aid of German authorities to allow him to serve his term at home in Germany – and against expectations, their wishes were granted.

The Kaya family had reason to despair. Germany's track record of offering diplomatic protection and claiming "ownership" of Turkish-Germans in the pre-citizenship era had been mixed.

The 1998 Bavarian deportation of "Mehmet," a 14-year-old juvenile delinquent raised in Germany, who spoke only German and who was sent "home" to Turkey, seemed to illustrate perfectly the country's ambivalence toward this minority.

Turkish-Germans growing up in the decade after "Mehmet" then witnessed the saga of Murat Kurnaz, born and raised in Bremen, who spent five years in American custody (mostly at Guantanamo) after being arrested but never charged on terrorism suspicions. 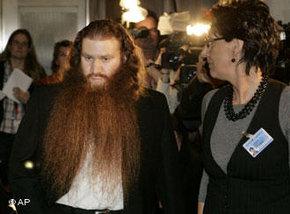 The six years since Murat Kurnaz returned to Germany from Guantanamo have seen vast changes in the institutional integration of Turkish-Germans, says Lawrence

​​Shortly after Kurnaz's release in 2006, Green Party chairman Cem Özdemir met with the vindicated Bremen resident and asked in news magazine Der Spiegel: "Would it have been possible to get Kurnaz out of Guantanamo sooner?"

But the six years since Murat Kurnaz returned to Germany from Guantanamo have seen vast changes in the institutional integration of Turkish-Germans, from the extension of full consular representation to the accommodation of Islamic religious requests alongside other recognized communities.

The Milli Görus federation, an Islamist group that seeks ties with German authorities, greeted the news with gratitude for officials' extensive efforts on Mr. Kaya's behalf: "The Justice and Foreign Ministries have sent a strong and positive signal to people with a foreign background. Such signs build trust and strengthen the feeling of togetherness."

This episode is the latest demonstration of the important role played by gestures of institutional inclusion that German governments have undertaken for the past six years, from the Chancellor's integration summit to the Interior Ministry's German Islam Conference, from local schools making space for Islam within their religious curriculum, to universities training theologians and religion teachers. 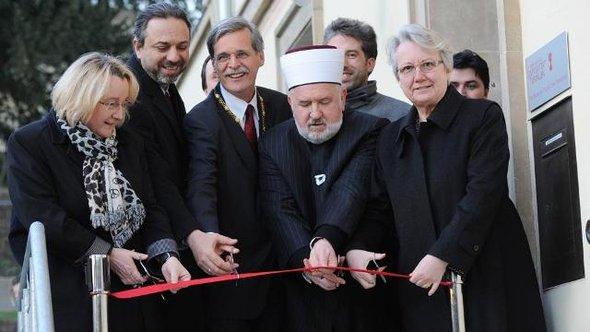 Opening ceremony of the Centre for Islamic Theology at the University of Tübingen in the presence of Germany's Education Minister Annette Schavan, the Grand Mufti of Sarajevo Mustafa Ceric, and the Director-General for Foreign Relations of Turkey's Ministry for Religious Affairs Mehmet Pacaci

​​Since policy competency over religion falls under local state control – not Berlin's – progress is most visible at the local level. The end of 2011 proved to be particularly eventful. Germany's most populous state (North Rhine-Westphalia) recently announced it would offer Islamic instruction in 130 schools, alongside existing religious classes, for the state's roughly 320,000 Muslim public school students.

This fall, the first class of German Muslim theologians began doctoral studies at four different universities. The University of Tübingen launched a new teacher-training program for instructors of Islamic religion, while Osnabrück University has stepped up its efforts to provide supplementary training to imams for a German context.

And second, the government in North Rhine-Westphalia initiated the "Islam Dialogue Forum," chaired by the local integration minister, to "intensify and improve the dialogue and cooperation with Muslims and Muslim organizations" that will address integration, education, and inter-religious dialogue.

There are now no fewer than three state-government level ministers in German Länder who are of Turkish origin: Bilkay Öney in Baden-Württemberg, Aygül Özkan in Lower Saxony and Dilek Kolat in Berlin. 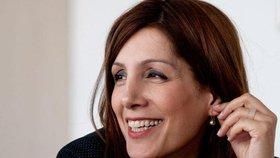 Born in Turkey, now Minister for Integration in the German state of Baden-Württemberg: Bilkay Öney

​​The recent arrival on the scene of these three up and coming political stars is a solid rebuke to anyone who thought Cem Özdemir's success was a flash in the pan of German "diversity politics." (Adding to Turkish-German pride, Foreign Policy named Özdemir one of its top 100 global thinkers.)

Who would have guessed, so soon after Thilo Sarrazin's anti-immigrant best-seller "Germany Does Away with Itself," the endless debates about whether Islam is "from" Germany or not, and then the recent revelation of a gruesome series of neo-Nazi murders of Turkish-German residents that daily political integration is going better than expected?

The national and Land-level governments and Muslim organizations are getting to know one another better, and community leaders are being drawn into a context that encourages their continued adaptation to life as a minority in Europe.

Perhaps it's no wonder that German Muslims lamented the recent resignation of German President Christian Wulff, who defied his Christian Democratic party colleagues by declaring that "Islam belongs to Germany."

Muslim groups across the political spectrum spoke out on his behalf to say: "Hey, That's Our President."

﻿Jonathan Laurence is associate professor of political science at Boston College and nonresident senior fellow in foreign policy at the Brookings Institution. He is the author of "The Emancipation of Europe's Muslims" (Princeton University Press, 2012)

Iranian artist Parastou Forouhar has lived in Germany since 1991. Full of rage, just like the protesters, she hasn't yet given up on the idea of justice. By Julia Hitz END_OF_DOCUMENT_TOKEN_TO_BE_REPLACED

Unflattering terms were used at a German Football Association human rights congress aimed at "intensifying the discussion" ahead of the World Cup. One speaker in particular made ... END_OF_DOCUMENT_TOKEN_TO_BE_REPLACED

Fariduddin Attar’s "The Conference of the Birds", one of the seminal works of Islamic mysticism, has recently been published in sumptuously illustrated German translation. It ... END_OF_DOCUMENT_TOKEN_TO_BE_REPLACED

Egyptian authorities have Mada Masr in their sights once again after critical reporting. But the editor of the country's last independent news source is adamant they will continue ... END_OF_DOCUMENT_TOKEN_TO_BE_REPLACED

Like Christianity, Europe's history is one of migration. Both have strong roots in the Orient and in cultures thousands of years old. Cultural historian Bernhard Braun invites us ... END_OF_DOCUMENT_TOKEN_TO_BE_REPLACED

Mohamed Abla is the first visual artist from Egypt to be awarded the Goethe-Institut’s Goethe Medal, Germany’s highest honour in the area of foreign cultural policy. Stefan ... END_OF_DOCUMENT_TOKEN_TO_BE_REPLACED

Comments for this article: ''Integration in Germany Is Making Progress''

There is a conception that by chucking lots of different kids together, they will learn to get along, not be racist/prejudice. This isn’t true.
If interaction is to produce toleration, respect and engagement it needs the different partners to be on equal terms, with equal resources, and a strong shared common ground.

Many state schools are ethnically diverse, but there is a huge amount of racism that exists since due to various factors, the different groups begin othering each other.

Panorama started with praise for most Muslim schools, showing Al-Furqan as an example of what most schools are doing right.

A report by the Institute for Community Cohesion found that native parents were deserting some schools after finding their children out numbered by pupils from ethnic minorities. Schools in parts of England are becoming increasingly segregated. The study focused on 13 local authorities. Many of the schools and colleges are segregated and this was generally worsening over recent years. This is RACISM because British society is the home of institutional racism. My statement regarding Muslim schools where there is no place for non-Muslim child or a teacher is based on educational process and not on racism. Muslim children need Muslim teachers during their developmental periods. For higher studies and reserech, Muslim teacher is not a priority.
The shortage of native children in inner city Bradford is because of the shortage of native parents. The majority of native people remaining anywhere near the centre of Bradford are old and too poor to move, otherwise they would. Bradford has a huge Pakistani ghetto of around 30 sq. miles around the city centre and it is growing pretty rapidly.

There is absolutely no chance of the Pakistani community integrating because there is no one to integrate with.

Some people may be interested in an Ofsted report about a school which is typical for the area, such as this

Ofsted report shows that out of 390 kids in the school only 2 are natives, 2 are Indian and the rest Pakistani.

Nearly all of the pupils on the school roll speak English as an additional language and
speak Punjabi at home.

I'd like to know what David Cameron would propose for such a school. Does he honestly think that there would be an uptake for a 25% quota for natives? The man is living in cloud cuckoo land.
Iftikhar Ahmad
http://www.londonschoolofislamics.org.uk

END_OF_DOCUMENT_TOKEN_TO_BE_REPLACED
Social media
and networks
Subscribe to our
newsletter