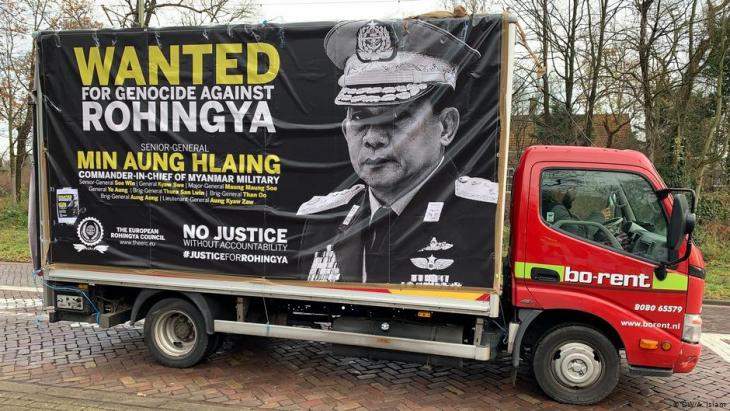 Muslims in Myanmar
What hope The Hague for the Rohingya?

The first hearings at the International Court of Justice reflect the entrenched positions in the Rohingya crisis. Rodion Ebbighausen believes the trial may finally help to soften the fronts

Two days of hearings at the UN's International Court of Justice in The Hague came to an end last week. Gambia, the plaintiff in the case, and Myanmar were given opportunity to present their view on whether the latter has committed genocide against the Muslim Rohingya. The court will determine whether to initiate preliminary security measure to protect the ethnic group. A decision is expected in the coming weeks.

A trial to determine whether Myanmar's government is guilty of genocide will most likely take years to conclude.

These first days of the trial reflect everything that has gone awry politically these past years. Representatives of Gambia, which brought the case against Myanmar, seem to regard themselves as morally superior. Abubacarr Marie Tambadou even cited a quote often attributed to Edmund Burke: "The only thing necessary for the triumph of evil is for good men to do nothing." Gambian officials have no doubt that Myanmar has committed and continues to commit genocide against the Rohingya and that the minority is at acute risk. In arguing the case, Gambian officials have largely relied on a comprehensive fact-finding report by the UN.

Myanmar's leader, Aung San Suu Kyi , rejects the charges. She said the situation in Rakhine state was complex and argued that Gambian officials are painting an "incomplete and incorrect" picture.

She did concede that "it cannot be ruled out that disproportionate force was used by members of the defence services in some cases in disregard of international humanitarian law." She said soldiers who had done so "will be prosecuted." Yet her assertion is hard to take seriously. The only domestic effort to put soldiers on trial led to a pardon.

The court proceedings are thus a re-run of the tragedy that has played out over the last few years: on the one side there is the Gambia and a case that is solidly based on UN findings. On the other, there is the Myanmar administration, convinced it is being unfairly treated as the result of international ignorance.

But as only two days before the highest UN court have shown: the positions of both parties are vulnerable and require differentiation. It will be tough for Gambia to make the case that Myanmar has committed genocide purely by relying on the UN report.

Genocide, according to international law, is a very specific crime. Gambia would have to prove that Myanmar had the intent to annihilate parts of or the entire Rohingya community. But, as this intent cannot be inferred from any official documents or statements by officials from Myanmar, it must be indirectly inferred from events that transpired in Rakhine state. 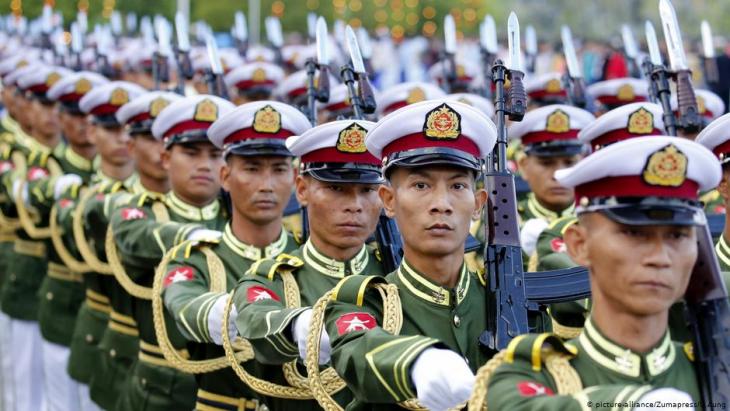 Myanmar's army – defending whom? Last July, the U.S. government imposed sanctions on high-ranking military personnel in the southeast Asian country for violent repression of its Muslim Rohingya minority. The measures were directed against military chief Min Aung Hlaing, his deputy, two commanders and their families

To make a plausible case, Gambia must show that the only explanation for these events was that Myanmar planned genocide. Yet UN documents indicate that Myanmar's government and army may have intended to carry out ethnic cleansing, rather than  genocide.

Myanmar will not be let off the hook simply by calling the flight of 700,000 Rohingya an unintended consequence of the government's effort to quell an uprising.

Absolutes are not helpful

One lawyer representing Myanmar even highlighted that a trial being prepared at the International Criminal Court accuses the country of committing crimes against humanity, war crimes and ethnic cleansing. He was basically implying that if Myanmar is accused of ethnic cleansing, it can hardly be responsible for genocide, as well.

It might, in fact, be possible for the country to avoid prosecution at the ICJ, simply because the government's actions do not meet the strict legal definition of genocide. But the reference to ethnic cleansing indicates that Myanmar will have to take some accountability for the events in Rakhine state.

The hearings at the ICJ thus show particularly clearly that the simplistic black-and-white approach of recent years is a dead end. Neither Gambia's moralistic accusations nor Myanmar's disingenuous claims of innocence lead anywhere.

They are certainly not helping the Rohingya, who are the ones paying the price for all this: what they need is genuine dialogue and real solutions.

Sufis today are under attack from fundamentalists and modernists alike. At the same time, a new form of Sufism is emerging in the West. By Marian Brehmer END_OF_DOCUMENT_TOKEN_TO_BE_REPLACED

The devaluation of the Egyptian pound combined with rising food prices is taking its toll on Egypt. More and more people are slipping into poverty. Karim El-Gawhary reports from ... END_OF_DOCUMENT_TOKEN_TO_BE_REPLACED

Since returning to power in Afghanistan, the Taliban have steadily eroded the rights and opportunities of women and girls, particularly their access to education. But Afghans are ... END_OF_DOCUMENT_TOKEN_TO_BE_REPLACED

The book "The Invention of the Maghreb: between Africa and the Middle East" prompts us to review basic terminology. This includes terms that we use almost every day as if they are ... END_OF_DOCUMENT_TOKEN_TO_BE_REPLACED

Tunisia has been going through a severe economic and political crisis in recent years. More than one in three young people there are unemployed. For many skilled, qualified and ... END_OF_DOCUMENT_TOKEN_TO_BE_REPLACED

At the end of every year, the team at Qantara.de gives you a run-down of the ten most-read articles on the site over the past 12 months. Here is a quick overview of the stories ... END_OF_DOCUMENT_TOKEN_TO_BE_REPLACED
Author:
Rodion Ebbighausen
Date:
Mail:
Send via mail

END_OF_DOCUMENT_TOKEN_TO_BE_REPLACED
Social media
and networks
Subscribe to our
newsletter