Muslims in the USA: Iftar against deportation

Muslims meet in New York to celebrate the breaking of the fast together, combining iftar with a demonstration to draw attention to the situation of immigrants in the USA who are threatened with deportation. By Viola Roser 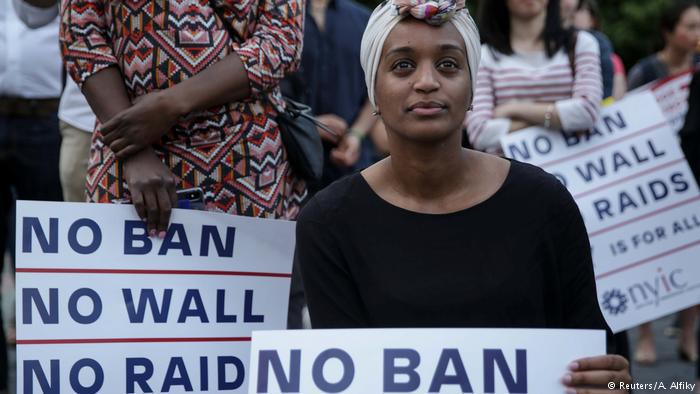 Against walls: women protest in Manhattan in front of the Office of Immigration and Customs Enforcement (ICE) against the construction of a wall along the U.S.-Mexican border and the deportation of illegal immigrants from the USA. The Immigration and Customs Service (ICE) is the Ministry of Internal Security's main enforcement authority. In addition to the demonstration, the joint breaking of the Muslims' fast is also at the forefront of the action 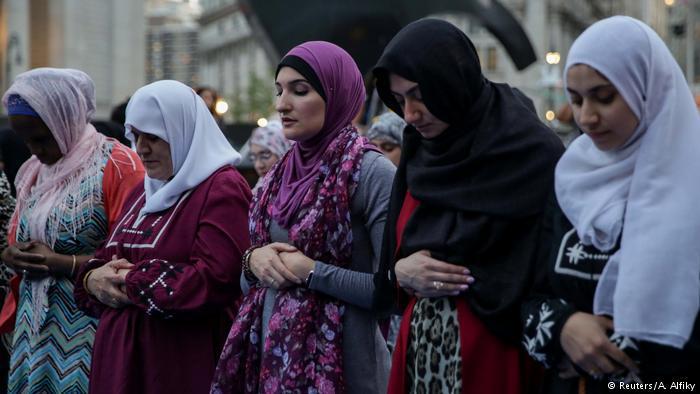 Maghrib prayer: during the political rally in Manhattan Muslims pray the maghrib prayer together to mark the end of the daily fast. In recent years, the month of Ramadan has repeatedly been used as an occasion to celebrate the evening breaking of the fast in public. This helps educate non-Muslims as to the peaceful nature of Islam and about the rituals of Ramadan 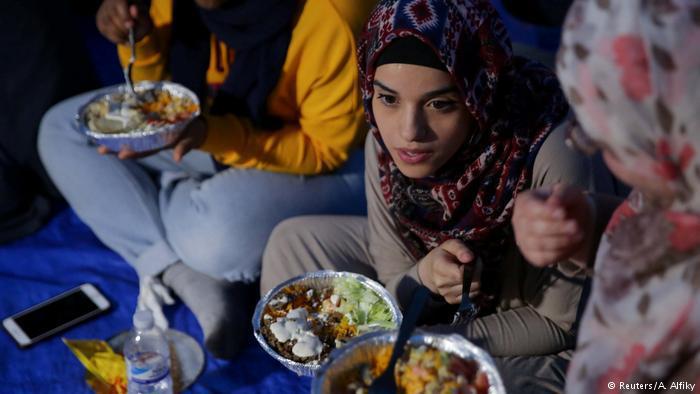 Iftar: the meal taken by Muslims during Ramadan after sunset is called iftar in Arabic. Muslims – except children, pregnant women and old and sick people – eat and drink nothing during the month of fasting until after the sun has set. Iftar can be a family dinner – or a feast in a public place like a mosque 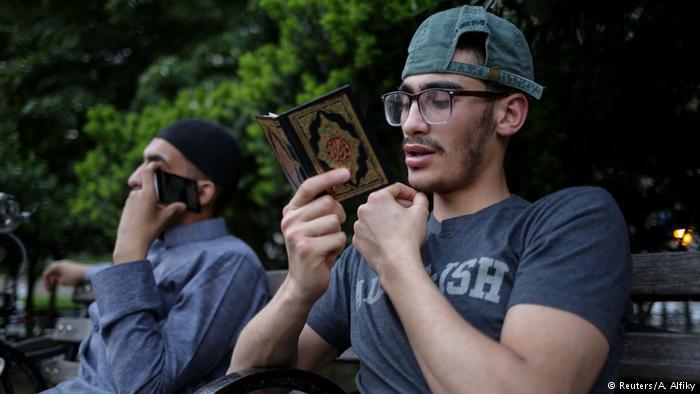 Reciting the Koran: a young man reads the Koran. Many Muslims use Ramadan as an opportunity to focus on their prayer life. Nothing should distract them from God and their faith during this month. Besides the renunciation of food, abstinence is practiced in many areas that give pleasure, thus the strengthening the awareness of the divine 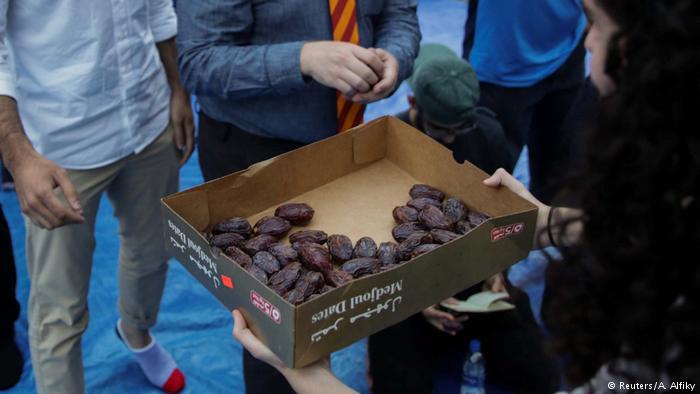 Dates are the first food: a woman distributes dates to Muslims who have gathered to break the fast. Ramadan also has a strong social component. During this month Muslims actively cultivate the community, with more people than usual attending the mosque. According to Muslim tradition, no one should end a day of fasting alone. Fasting is broken in the tradition of the Prophet with a date... 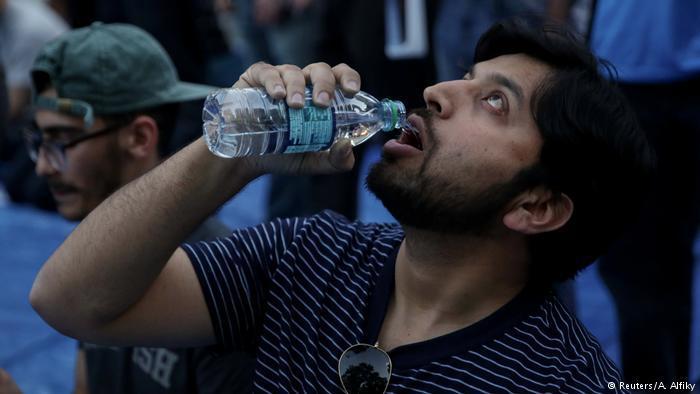 Quenching thirst ... with a sip of water or milk. Another function of abstinence is that fasters are better able to identify with the poor and needy. Helping the disadvantaged is a theme that runs through many an iftar gathering. This year, Ramadan began on 16 May and ends on 14 June with Eid ul-Fitr 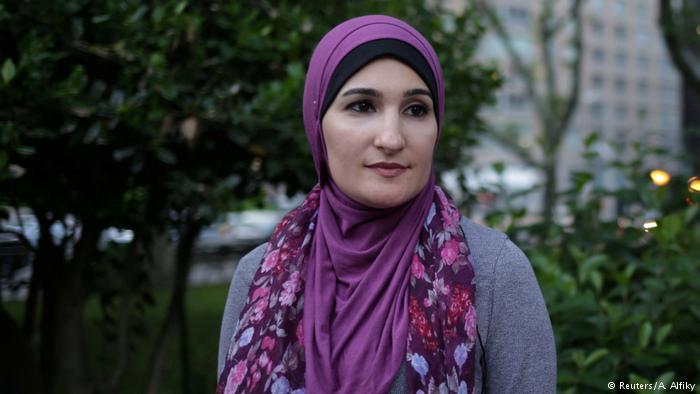 Muslim activists: Linda Sarsour is an American Muslim activist. Sarsour was one of the organisers of the Women's March, the big demonstration after Donald Trump's inauguration. The American women's magazine "Glamour" named her one of the "Women of the Year 2017" for her commitment. On the other hand, however, the activist has been criticised for her radical Islamic statements 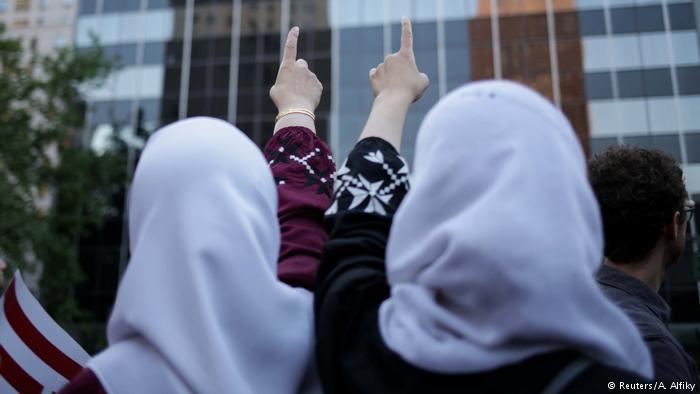 The threat: Muslim women point to the headquarters of the ICE or immigration police. New York is actually a so-called "Sanctuary City", a haven in which immigrants enjoy special protection. Nevertheless, since an order issued by Trump on 25 January 2017, the authority has been arresting and deporting an increasing number of immigrants without valid papers 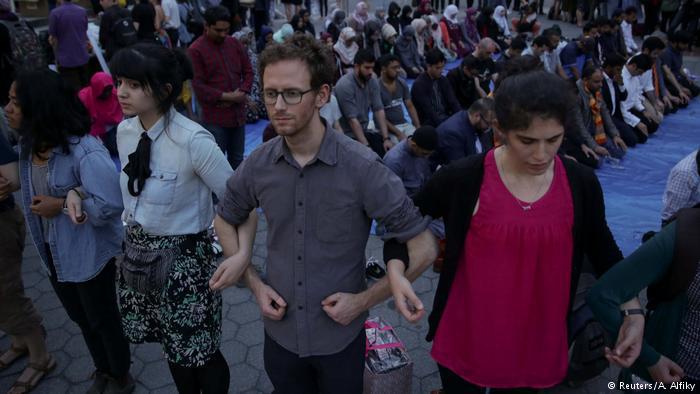 Strong together: demonstrators form a human chain during the maghrib prayer. An unwritten law used to apply in the "sanctuary cities": illegal immigrants would not be prosecuted unless they commited a serious crime. In return, most undeclared employees would pay taxes voluntarily. Their deportation means a financial loss for these urban centres 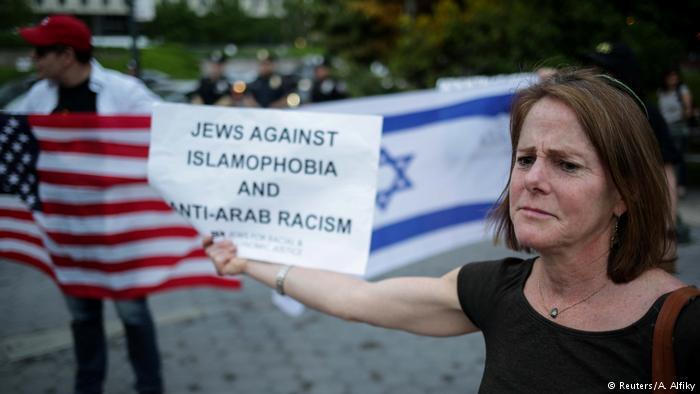 Jewish support: non-Muslims take part in both the demonstrations and the iftar. Jews show solidarity with Muslim immigrants and position themselves against Islamophobia. An estimated eleven million undocumented migrants living in the USA are affected by possible deportation. Some of them have been living there for years 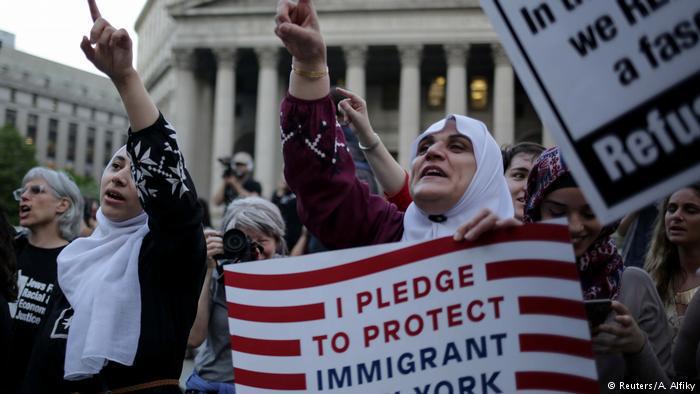 Needing protection: every day migrants fear that they too could be expelled for petty crimes. Some of the victims, most of whom come from Latin America and Mexico, no longer dare report crimes to the police, attend court, or go to hospital for fear of being arrested. In the former land of unlimited possibilities, it is becoming increasingly difficult to pursue one's dream

END_OF_DOCUMENT_TOKEN_TO_BE_REPLACED
Social media
and networks
Subscribe to our
newsletter