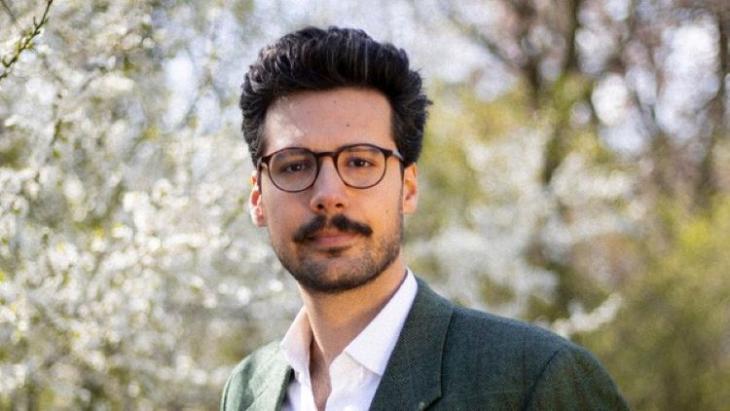 Muslims in the West
Can democracy tolerate Muslims at all?

"Muslimaniac" is what political scientist Ozan Zakariya Keskinkilic calls Western society's invention of Muslims as a problem: a shimmering term that mixes social construction and obsession with the passionate, ironic spirit of breaking free from stereotypes. Brilliantly and bitingly, he writes about consistent alienation and paves the way towards rapprochement. Interview by Schayan Riaz

Mr Keskinkilic, your book Muslimaniac, which focuses on anti-Muslim racism, was published in German last year and is more relevant than ever. How did this project come about?

Ozan Zakariya Keskinkilic: I’ve been examining anti-Muslim racism for years now, first and foremost from an academic perspective. And it struck me that I had been missing something. My engagement with the subject has always been very technical, very analytical, taking the form of academic lectures, research projects and seminars. Muslimaniac was a way for me to connect two spheres. After all, I research racism, but I am also racialised myself. I wanted to write an essay in which the academic components didn’t fall short, but one that would also include a personal touch. I wasn’t looking to create any artificial objectivity and distance, but to illuminate the topic from different perspectives. And to look at what other ways of intervening existed, whether literary or poetic. I spent several years pursuing these questions. And this book is the result.

This might be a bit naive of me, but for someone like you, who is not just an academic but also a poet, I did wonder: does this person really want to write a book about anti-Muslim racism? Wouldn’t he much rather bring out a poetry collection?

Keskinkilic: Not everyone has the privilege of being able to close his eyes and say, racism doesn’t affect me. In some ways, it is something I will have to keep thinking about for the rest of my life. But the behaviours will differ. There are people who deny racism happens to them, and that’s just another way of dealing with it. But I don’t want to lapse into a kind of fatalism. For me, it’s about the approach you take. And my book is one product of my attitude towards racism. In it, I also ask the question: who would I be if I hadn’t grown up with racism? If I hadn’t been confronted by it? I could have followed different paths through life. 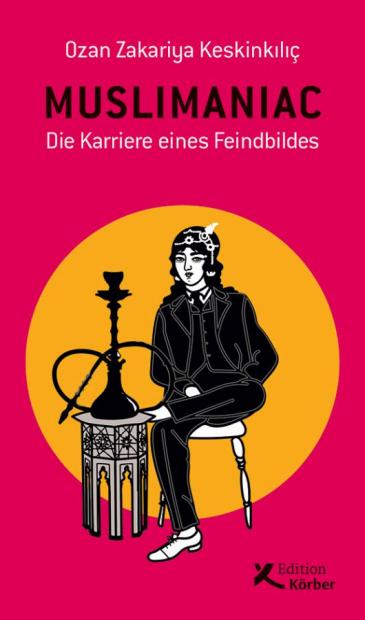 On the one hand, Muslimaniac is a reaction to the racism that has robbed me of the opportunity to do other things that would fulfil me. On the other, there is room to manoeuvre here that I really don’t want to downplay. I am driven by the question of how racialised people navigate such a world. What options do they have? With both mundane and artistic interventions.

By these interventions, you mean a selection of poems, song lyrics, tweets or prose passages from other authors, including Mohamed Amjahid, Nadire Biskin, Karosh Taha and Amira Zarari, which you have curated. Their words enter into a kind of dialogue with your thoughts. It’s a beautiful idea.

Keskinkilic: Naturally, there had to be room in this book to deconstruct anti-Muslim racism. That’s how the field of racism research works. But I didn’t want it just to be about racism. I have discovered literature in general and poetry in particular to be a tool that is very powerful, but intimate at the same time. Where tenderness and strength come together. And so I chose a few of these examples as poetic interventions, so that as you’re reading, you pause at certain points and let someone else speak.

Which leads to your theory of “poetical Islam”, which at first I thought might be a typo. A deliberate play on words?

Keskinkilic: When I look at the table of contents, I see the term and of course, the first thing I think of is "political Islam". But poetry has a playful element; you blur boundaries, you speak boldly, you break taboos. And with my theory of "poetical Islam" I wanted to return to this tradition. There is a specific set of questions, words, topics that are for Muslims, that they’re permitted to work with. And that isn’t right. "Poetical Islam" calls on people to interrogate and expand their vocabulary. To build new spaces, to find inspiration in the poetic engagement with violence, pain and being an outsider, but also with resistance, self-fulfilment and collective cohesion.

In your book, you write: "without criticism of Islam, there is no Germany". What do you mean by that?

Keskinkilic: In a way, that leads on from my last point. I’m interested in what questions can be asked in society, what topics can be addressed and what vocabulary a society offers when talking about certain people. It’s clear that the vocabulary used to talk about Muslims is invariably demonising. We resort to violent, negative images. The repertoire is clearly defined. And that is then adopted by the media and reflected in politics. It’s a vicious circle that is difficult for us to escape. Books that serve anti-Muslim racism are much more successful than those that explain anti-Muslim racism. Dissect it, criticise it. Society always thinks it knows "the truth" about a group. "The truth" is propagated and we are constantly reminded of it. But where is it produced? What is the tradition behind this "truth" about Islam? And what purpose does it serve? It was important to me to show that this production of truth didn’t begin yesterday. Not with 9/11, not with "guest workers" coming to Germany. We can look back on a very long history of anti-Muslim racism. There were German debates about Islam at the start of the 20th century. I wanted to bring in commemorative culture and undermine the career that this image of the enemy has had.

In the chapter on "Queer Jihad" you write about issues that are still controversial, especially in Islamic circles. How do you manage to write about anti-Muslim racism and queerness at the same time?

Keskinkilic: I didn’t write the book just for a white-majority society, but for Muslims as well. With "queer jihad" I wanted to highlight the fact that anti-Muslim racism weaponises these issues, only in very rare cases with the aim of protecting queer people. I wanted to bring in queer Muslim perspectives, so that those voices are also heard. Because how many people are familiar with homoerotic poetry in early Islamic societies? It has all been ousted from the canon. And how do Muslims today write about desire, spirituality and love? What spaces are available to them? Where do they feel comfortable? People don’t just experience anti-Muslim racism on its own; Muslim women and queer Muslims are subjected to several things at once, including sexism and homophobia. It’s important to understand the interplay of these forms of discrimination and to address them together.

Muslimaniac is dedicated to Marwa-El-Sherbini, who was killed in 2009 by the defendant during a trial at Dresden district court. Why was that important to you?

Keskinkilic: The so-called Islam debate assigns roles to people. And the role assigned to "the Muslims" is always that of perpetrator. As soon as we start talking about Muslim life as under threat, as discriminated against, we are always dismissed. We can’t escape from this banal, starkly binary way of thinking. Because in anti-Muslim racism, the white majority is always imagined as being the victim of the minority. It’s much easier to list Muslim acts of violence than those in which Muslims themselves are the victims. And there are so many of the latter, so many assaults and attacks on mosques. But we don’t acknowledge Muslims in their banal humanity. Are Muslims allowed to make legitimate demands, too? Are they allowed to be citizens, too? Is democracy prepared to meet their requirements, too? No matter who those requirements relate to? That’s a question to democracy as well – can it tolerate Muslims at all?

Home
Print
Newsletter
More on this topic
The West and Islam 20 years after 9/11: Paranoia, nowIslam the bogeyman: Tarred with the same brushFirst ever antidiscrimination chatbot: Meta: standing up to racismIslamophobia: Criticism of religion? Blatant racism!Islamic scholar Mathias Rohe on the muezzin call: "Traditional religious practice is not political Islam"
Related Topics
9/11, Democracy and civil society, Dialogue of Cultures | Intercultural Dialogue, Diversity, Freedom of religion, Human rights, Islam and democracy, Islam and the West, Islam in Europe, Islam in Germany, Islamophobia, Muslims in the West, Racism | discrimination
All Topics

Much has changed in the European post-fascist firmament since former SS officers, veterans of the collaborationist Vichy government and other dubious figures established the ... END_OF_DOCUMENT_TOKEN_TO_BE_REPLACED

One year ago the Taliban returned to power, seizing Kabul; the U.S. and its allies made a panicked exit from the country. Of all the books written on the subject, four stand out ... END_OF_DOCUMENT_TOKEN_TO_BE_REPLACED

In "Iran. Die Freiheit ist weiblich", journalist Golineh Atai describes the dogged resistance of courageous Iranian women against the Islamic Republic and the mullahs who have ... END_OF_DOCUMENT_TOKEN_TO_BE_REPLACED

Unflattering terms were used at a German Football Association human rights congress aimed at "intensifying the discussion" ahead of the World Cup. One speaker in particular made ... END_OF_DOCUMENT_TOKEN_TO_BE_REPLACED

Egyptian authorities have Mada Masr in their sights once again after critical reporting. But the editor of the country's last independent news source is adamant they will continue ... END_OF_DOCUMENT_TOKEN_TO_BE_REPLACED
Author:
Schayan Riaz
Date:
Mail:
Send via mail

END_OF_DOCUMENT_TOKEN_TO_BE_REPLACED
Social media
and networks
Subscribe to our
newsletter