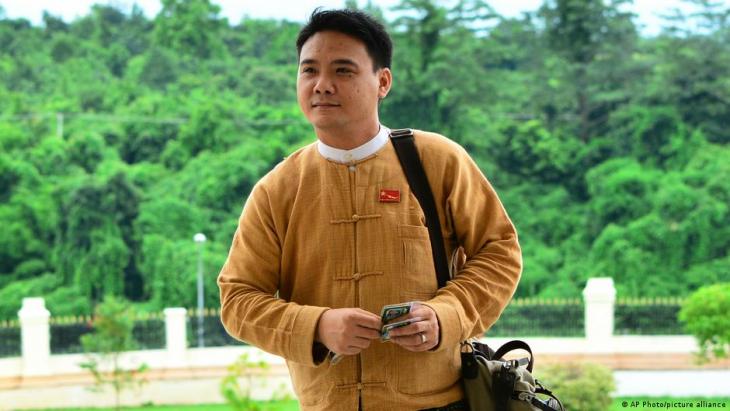 Myanmar's junta has executed four prisoners including a former lawmaker from Aung San Suu Kyi's party and a prominent activist, state media said on Monday, in the country's first use of capital punishment in decades.

The executions sparked widespread condemnation, heightened fears that more death sentences will be carried out and prompted calls for the international community to take sterner measures against the already isolated junta.

The four were executed for leading "brutal and inhumane terror acts", the Global New Light of Myanmar newspaper said, without saying when or how the men were killed.

The junta has sentenced dozens of anti-coup activists to death as part of its crackdown on dissent after seizing power last year, but Myanmar had not carried out an execution for decades.

Phyo Zeya Thaw (pictured above), a former lawmaker from Suu Kyi's National League for Democracy (NLD) who was arrested in November, was sentenced to death in January for offences under anti-terrorism laws. Democracy activist Kyaw Min Yu – better known as "Jimmy" – received the same sentence from the military tribunal. Family members of the two men gathered outside Yangon's Insein prison after news of the executions was published in the hopes of retrieving their bodies, local media reported.

A junta spokesman could not be reached for comment. Responding to media enquiries on reports of the executions, a junta statement said "it is as stated in the state media."

The United Nations' Special Rapporteur on Myanmar Tom Andrews said he was "outraged and devastated by the news."

"These depraved acts must be a turning point... what more must the junta do before the international community is willing to take strong action?"

Two other men were sentenced to death for killing a woman they alleged was an informer for the junta in Yangon.

Human Rights Watch said the executions were an "act of utter cruelty".

Amnesty International said they were an "atrocious escalation in state repression" and warned around 100 others were currently on death row after being convicted in junta courts.  (AFP)

END_OF_DOCUMENT_TOKEN_TO_BE_REPLACED
Social media
and networks
Subscribe to our
newsletter