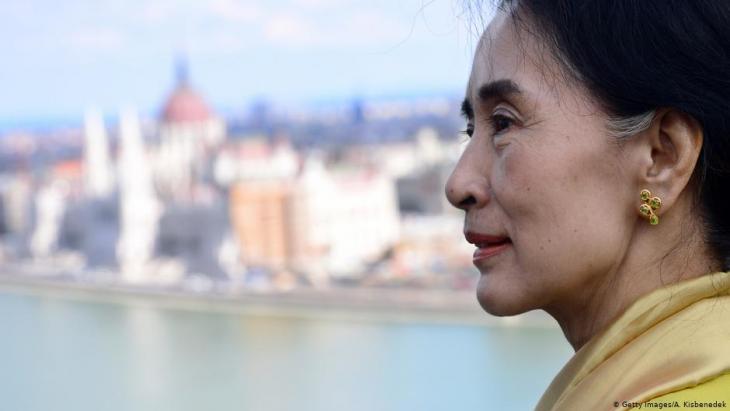 Myanmarʹs Aung San Suu Kyi and Hungaryʹs Viktor Orban have discussed their mutual fear of Muslims. In doing so, the Burmese leader has again showed she has lost the moral standing she once enjoyed, says Verena Holzl

Itʹs not how the West imagined it. For years, the West supported Myanmar as it was evolving from a military dictatorship into a democracy – only to watch the countryʹs figurehead for freedom, State Counsellor Aung San Suu Kyi, turn into a right-wing populist sympathiser.

Last week, the Nobel Peace Prize laureate flew to Europe. While there she did not meet French President Emmanuel Macron or German Chancellor Angela Merkel, but rather Hungaryʹs divisive, right-wing populist leader, Prime Minister Viktor Orban, who is notorious for his anti-immigrant rhetoric.

The meeting, which was a harmonious affair, represents a major affront to the West, which is nevertheless at pains to maintain some sort of diplomatic relationship with Myanmar. Two years ago, the West was appalled by the Myanmar militaryʹs ethnic cleansing campaign against the countryʹs Muslim Rohingya minority. During her meeting with Orban, Suu Kyi made it abundantly clear that she cares very little about Western values and diplomatic niceties.

Afterward, Suu Kyi and Orban issued a joint Islamophobic statement in which they said that immigration, and both countriesʹ growing Muslim populations, posed a serious challenge.

Yet itʹs downright absurd for Suu Kyi to make such a claim. Myanmarʹs Muslim population is not growing. In fact, Myanmarʹs military drove nearly 1 million Rohingya out of the country, forcing them to flee to neighbouring Bangladesh. The United Nations later described the expulsions as an act of ethnic cleansing.

Within Myanmar, however, the militaryʹs propaganda apparatus has been making people believe that the countryʹs Muslim minority are in fact illegal immigrants, who are of Bangladeshi origin — even though they were once ordinary Burmese citizens. 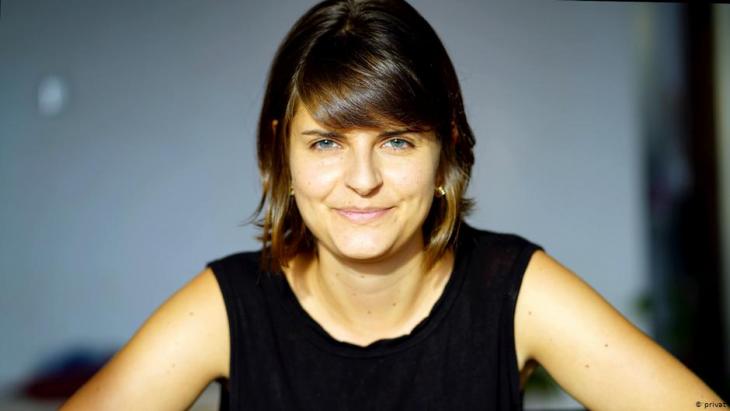 Suu Kyi seeks the approval of Europeʹs far right: "before meeting Orban last week, Suu Kyi visited the Czech Republic. In a bizarre move, Prime Minister Andrej Babis praised her commitment to human rights. Meanwhile, legal experts are debating whether her refusal to denounce the human rights violations on the Rohingya implicates her in the ethnic cleansing"

Today, there can be no doubt – even for those still giving her the benefit of the doubt – about Suu Kyiʹs true beliefs. She stands by Myanmarʹs murderous military, and apparently also by Europeʹs right-wing populists, who scorn human rights. Not because she is forced to, but because she wants it that way.

Following the clampdown against the Rohingya minority, the EU has threatened to stop Myanmarʹs trading privileges. And Hungary will not be able to persuade the bloc otherwise. After all, Suu Kyi now appears to be on the same page as the military, with which she co-governs the country. She should not have called on the military, which the International Criminal Court may accuse of war crimes, to go after Rakhine minority insurgents.

Nor should she have reprimanded critics at the World Economic Forum for bringing up the jailing of two Reuters reporters, who had exposed the massacre of 10 Rohingya men.

Suu Kyi has been taking flak from the West for a while now and understandably yearns for the support she once received. Itʹs tragic she apparently seeks to compensate for this by seeking the approval of Europeʹs far right. Before meeting Orban last week, Suu Kyi had visited the Czech Republic. In a bizarre move, Prime Minister Andrej Babis praised her commitment to human rights. Meanwhile, legal experts are debating whether her refusal to denounce the human rights violations on the Rohingya implicates her in the ethnic cleansing.

Recently, a young activist told me: "Aung San Suu Kyi has lost her moral standing." The young man, who founded a campaign to foster unity among Buddhists and Muslims by distributing white roses during the holy month of Ramadan, told me the West should focus on his generation. Because, as he said, "weʹre the only hope."

Many marriages to British Asian men are accompanied by false promises of improved finances. Later when the men abandon their wives to return to the UK, some brides' families find ... END_OF_DOCUMENT_TOKEN_TO_BE_REPLACED

Global heating is driving domestic migration in Bangladesh, which sits just above sea level. With a population of 160 million, it is the most densely populated nation in the world ... END_OF_DOCUMENT_TOKEN_TO_BE_REPLACED

As Qatar prepares to host the 2022 FIFA World Cup, the country has come under fire for its treatment of migrant workers, with some nations calling for a boycott of the contest. ... END_OF_DOCUMENT_TOKEN_TO_BE_REPLACED

Urban transport concepts in the global South, often promoted by organisations such as the World Bank, aim to encourage motorised private transport – at the expense of non- ... END_OF_DOCUMENT_TOKEN_TO_BE_REPLACED

Tents, mud and cold: refugees contend with miserable conditions in Bosnia & Herzegovina. With the European Union demanding that Bosnia accommodate the asylum-seekers, its ... END_OF_DOCUMENT_TOKEN_TO_BE_REPLACED

Authorities in Bangladesh started sending a first group of more than 1,500 Rohingya refugees to the isolated island of Bhasan Char, despite calls by human rights groups for a halt ... END_OF_DOCUMENT_TOKEN_TO_BE_REPLACED
Author:
Verena Hölzl
Date:
Mail:
Send via mail

END_OF_DOCUMENT_TOKEN_TO_BE_REPLACED
Social media
and networks
Subscribe to our
newsletter