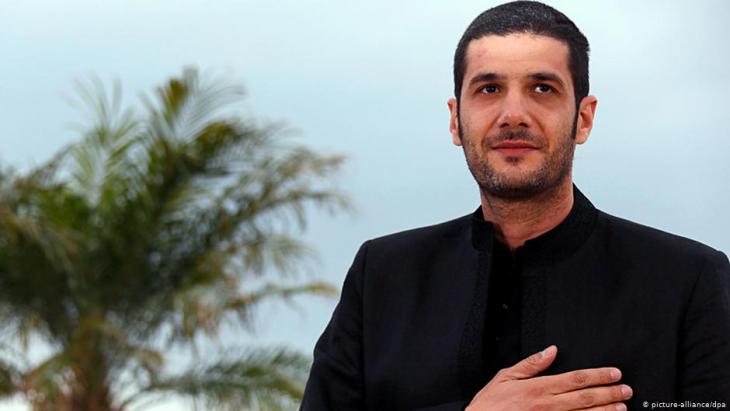 With his new film "Razzia", the French-Moroccan filmmaker Nabil Ayouch has once again turned to social criticism. Yet, his multi-perspective narrative about five misfortunate Moroccans never really takes off. By Schayan Riaz

Casablanca, 2015. A protest march moves loudly through the streets. For the most part, the demonstrators consist of bearded men and women in colourful headscarves. "The Sharia must not be changed! Morocco is an Islamic country! Men and women are not equal!" they chant repeatedly. "The inheritance law must not be reformed," they continue in chorus.

A woman suddenly appears and disentangles herself from the crowd. She has long, black hair and is wearing a summer dress. When she reaches the beach, she is transsformed. Without a care in the world, she runs into the water and wets her legs.

Director Nabil Ayouch makes his position clear on a number of points within the first fifteen minutes of the film. And he continues to do so throughout the film. As such, "Razzia" is less of a feature film than it is a series of commentaries on the state of the nation. Viewers might quickly find this tiresome, as they are confronted almost every minute with another headline rather than a film scene. 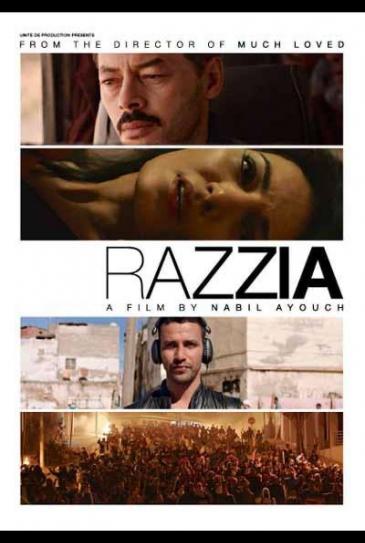 Nabil Ayouch, who already caused a sensation with "Much Loved", once again deals with his homeland in his new film. And as ever, he deals with big, essential questions: What about religious minorities in the country? What roles do women play in society? And what prospects do the younger generation have?

Ayouch, who created a sensation with his last film that dealt with prostitution in Morocco ("Much Loved"), once again chooses to address his homeland's many problems.

As always, he goes straight for the jugular: what are things like for religious minorities in the country? What role is played by women in society? And what kind of future is being offered to Moroccoʹs younger citizens? Without doubt, all of this is important. Yet, Ayouch quickly loses sight of the overall picture by concentrating on too many perspectives.

"Razzia" begins in the mountains. Abdallah (Amine Ennaji) is a good-natured science teacher who recites banned poetry to his students. It is not long before the authorities catch up with him. This is not due to any rebellious school curricula, but rather because he does not speak Arabic.

According to the law, the language of education must be that of the Koran. Yet, the children cannot speak a word of Arabic. Their teacher therefore teaches them in Tamazight, otherwise no one would be able to understand his lessons. When it becomes clear that the religiously devout civil servants will not leave him in peace, Abdallah chooses to flee.

The blame lies with Islam

In this opening sequence, a voice over can be heard repeating the following: "what good is your faith if it robs your children of their dreams?" Ayouchʹs agenda is crystal clear, namely, that he holds the governmentʹs Islamic policies, or, more precisely, its fundamentalist orientation, responsible for all the countryʹs ills.

And the reverberations can be felt up to the present day. Perhaps this viewpoint is not unfounded, yet Ayouch offers little differentiation in his perspectives.

A Jewish restaurant owner (Arieh Worthalter) is abandoned by his lover on account of his religion. Then we are introduced to a young would-be Freddie Mercury (Abdelilah Rachid), who contrary to the wishes of his – yes – Muslim family, wants to emigrate to France to become a singer.

The previously mentioned beautiful woman on the beach (Maryam Touzani) suffers under her Muslim macho boyfriend, because he forbids her from going to parties, smoking and, in general, having fun. Another protagonist is the young upper-class Muslim woman (Dounia Binebine), who doesnʹt know what she wants. She prays with music playing in the background.

The variety of narrative strands in the "Razzia" screenplay, which was written by Ayouch together with Touzani, renders the film too unfocussed. Even when the authors essentially harbour the best of intentions, they simply do not succeed in transcending beyond their blunt religious criticism to tell a story that comes across as authentic. The film only really works in a few scenes, in particular, when it is meant to function as a cinematic love letter to Casablanca.

The object of affection here is not only the city itself, but also the 1940s Humphrey Bogart film of the same name. Joe, the Jewish restaurant owner, has styled his establishment as direct homage to the original "Rickʹs Cafe American" from the film. Here, just as in the film, various people from different social strata mingle and get along without any problems. When Joe, somewhat resigned, comments to his waiter that not a single second of the Hollywood classic was filmed in the Moroccan coastal city, the whole scene suddenly takes on a nostalgic atmosphere.

The screenplay is not only full of nostalgia, but every second image is soaked in sorrow. When Hakim, who dreams of becoming a rock star, sings the optimistic and euphoric Queen classic "We are the Champions", the screen gradually projects images of all the filmʹs protagonists, none of whom are anything like champions. Here, Ayouch shows himself capable of a brilliant and ironic touch, yet this remains one of the few successful montages in the film.

Somewhat later, we see Hakim in charge of security at a house party. There he confronts the hard fact that this is his real life and that he does not belong on stage. The viewer can only feel pity for him. And when the whole city breaks out in violence, the audience empathises with the desperate young people. It is precisely for this reason that the characters and their storyline deserved far more than being simple caricatures in a poorly conceived piece of social criticism.

Using a graphic novel to address a contentious issue like the Algerian war of independence may seem an odd choice, but new release "Algeriennes", translated into English by Ivanka ... END_OF_DOCUMENT_TOKEN_TO_BE_REPLACED

Although a unity government was formed in Libya in March 2021, tensions and possible crises between the political actors are already emerging. What problems does the country face ... END_OF_DOCUMENT_TOKEN_TO_BE_REPLACED

India hits record numbers of COVID-19 infections worldwide for the sixth day running, as health systems buckle under the pressure, and shortages of medical oxygen and hospital ... END_OF_DOCUMENT_TOKEN_TO_BE_REPLACED

On 7 March, Switzerland became the latest European country to vote in favour of a so-called "burka" ban. It was yet another feather in the cap of the right-wing populist Swiss ... END_OF_DOCUMENT_TOKEN_TO_BE_REPLACED

German Middle East analyst Guido Steinberg and television journalist Ulrich Tilgner have both published new books on the conflicts in the Middle East. Their analyses and their ... END_OF_DOCUMENT_TOKEN_TO_BE_REPLACED

In Grenoble, France, two professors have been pilloried in a dispute over the use – or otherwise – of the term Islamophobia. Is freedom of speech in jeopardy? By Stefan Dege and ... END_OF_DOCUMENT_TOKEN_TO_BE_REPLACED
Author:
Schayan Riaz
Date:
Mail:
Send via mail

END_OF_DOCUMENT_TOKEN_TO_BE_REPLACED
Social media
and networks
Subscribe to our
newsletter