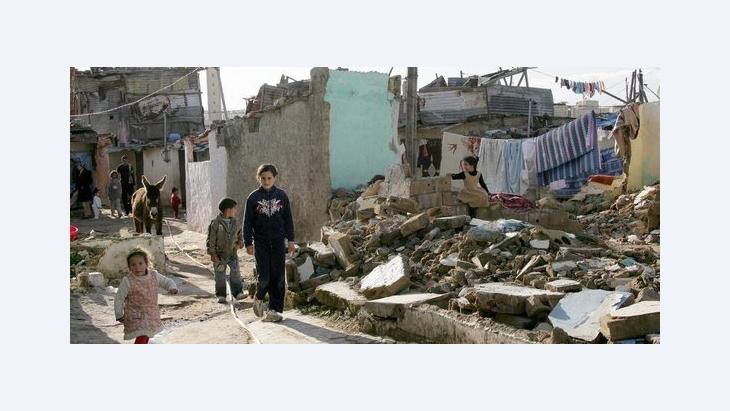 God's Horses was the only Arab entry in the "Un Certain Regard" section of this year's Cannes Film Festival. In it, the Moroccan film director Nabil Ayouch investigates the reasons why young people turn to terrorism. Sonja Hegasy went to see it

On 16 May 2003, 14 youngsters from the Sidi Moumen slum in Casablanca set out to make their way to five different locations in the city; their mission was to carry out a series of suicide bombings. Forty-three people died and hundreds were injured on a day that profoundly shocked Moroccan society and led to comparisons with the 9/11 attacks in the US in 2001.

Until that day, many Moroccans believed that their country had little to fear from the political Islam movement. The terrorist organisations, they believed, would be unable to gain a foothold due to the strong state fundamentalism in the country and a king who was revered as "leader of the faithful".

Until 2003, Morocco was seen as the exception, the one country spared from the scourge of terrorism in North Africa. It had, after all, been recent witness to the devastating conflict between Islamists and the state in neighbouring Algeria and had taken in many of that country's refugees.

The events of 16 May put paid to this myth. Terror groups began actively recruiting volunteers among the country's urban poor. The suicide attacks that shook Marrakesh in 2011 were only the most recent to blight a country in which such events have now become commonplace.

Sidi Moumen: The "Gaza" of Morocco 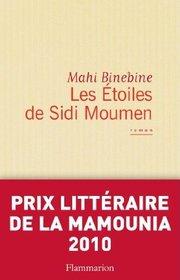 ​​The boys from Sidi Moumen carried out five simultaneous attacks, hitting western restaurants and hotels as well as the Jewish culture centre and the Jewish cemetery.

The Moroccan author and artist Mahi Binebine has investigated the biographies of the bombers. His award-winning novel Les Étoiles de Sidi Moumen ("The Stars of Sidi Moumen") describes events leading up to the attack from the perspective of youngster Yachine. Binebine researched the desperate living conditions in Sidi Moumen and its local neighbourhoods, which are known by names such as "Gaza" and "Chechnya".

From beyond the grave, Yachine tells the story of his life, his family, his first love and his football team "The Stars". Only one of the group has the opportunity to go to school. The others scour the rubbish heaps of the slum in the hope of finding something they can make use of.

Yachine describes the drug abuse and violence that are part of everyday life. His brother kills a neighbour who tried to rape him. Murad is buried in a remote part of the rubbish heap.

Post mortem, Yachine comes to realise that his so-called "martyrdom" had been senseless. This is also the message that the author Binebine wants to get across. The young men become victims of a well-organised terror network. Once in the clutches of such people, the young are ideologically reconditioned and, along with the material security this attachment gives them, they get an illusory sense of being held in esteem, something of which they previously had very little experience.

This is the story on which Nabil Ayouch based his film God's Horses. Its title was recently changed at the request of the French distributor. Although the film does touch upon some of the major catastrophes of international terrorism, it focuses very much on the lives and deaths of the children of the slums, without, however, ever becoming melodramatic. Instead Ayouch explores the reasons why – in addition to poverty and social exclusion – people turn to terrorism.

Ayouch, who was born in 1969, has already directed some of Morocco's most important films. In his first work, Mektoub ("Fate", 1997), he explored the true story of a policeman who subpoenaed hundreds of women before raping his victims and filming everything on video. It was only after these films began circulating on Casablanca's black market that the allegations made by two of the victims were taken seriously.

Malika Oufkir, daughter of the former general of the same name, makes a brief appearance in the film. She spent more than 20 years in prison, along with the other members of her family, after punishment was meted out to them collectively in retaliation for her father's involvement in the assassination attempt on Hassan II in 1972. She appears in Ayouch's film wearing the Moroccan national colours (red and green) and dressed as a freedom fighter, Kalashnikov in hand.

Focusing on the world of children

As with Ali Zaoua: Prince of the Streets (2000), Ayouch's film about the lives of street children, God's Horses also demonstrates the director's empathy with the world of children. Here too he has chosen to work mainly with amateurs, youngsters from Sidi Moumen itself. At Cannes, the film was given a standing ovation in the "Un Certain Regard" section, which was won last year, along with €30,000 in prize money, by Andreas Dresen's film Stopped on Track. 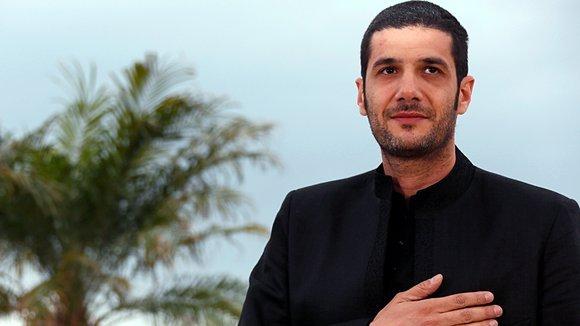 Pushing boundaries and breaking taboos: the Moroccan filmmaker Nabil Ayouch has represented Morocco twice at the Oscars, although some of his hard-hitting films have not been released in his native country

​​Ayouch has had an exceptional career in the wake of Mektoub and has twice been chosen to represent Morocco at the Oscars. However, not all of his films get screenings in Morocco itself. The partially surrealistic thriller Une minute de soleil en moins ("A Minute of Sun Less", Morocco/France 2002), for example, is still banned in the country. The protagonist of that film is a young policeman who, during his investigations, finds himself torn between his transsexual girlfriend Yasmine and the attractive prime suspect in a murder case.

The Moroccan film industry has notched up some major successes in recent years. The country is now the second largest producer of films in the Arab world after Egypt. In terms of quality, however, Moroccan films are way ahead of their Egyptian rivals. For almost 20 years now, Moroccan films have been tackling social and political taboos head on.

The consistent backing given by the Centre Cinématographique Marocain (CCM, Moroccan Cinematographic Centre) since its founding in 1994 has been of major importance in this respect. Other important factors include the launching of a film fund, the setting up of a film school, a film festival that began in Marrakesh in 2001 and the opening of the Cinémathèque de Tanger in Tangiers in 2006.

With the likes of Radu Mihaileanu, Leila Kilani, Faouzi Bensaid, Narjiss Nejjar, Laila Marrakchi, Nour-Eddine Lakhmari, Swel and Imad Noury, Nabil Ayouch and a host of others, new Moroccan cinema is finding success both at home and abroad. 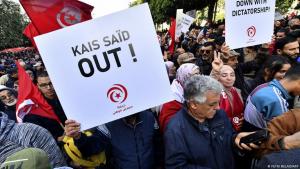 Voter turnout for parliamentary elections in Tunisia at the end of January 2023 was so low it broke world records. Tunisians are dispirited and a wannabe authoritarian leads the ... END_OF_DOCUMENT_TOKEN_TO_BE_REPLACED 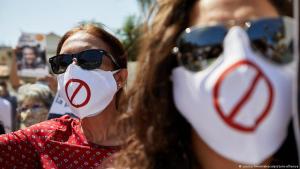 Algeria's civil society is once again being targeted by the authorities. With the judicial dissolution of the human rights league LADDH, yet another human rights group critical of ... END_OF_DOCUMENT_TOKEN_TO_BE_REPLACED

How is one to convey the history of Islamic images of Muhammad freed from today’s polarised politics? What are the challenges and pinch points of this particular academic ... END_OF_DOCUMENT_TOKEN_TO_BE_REPLACED

A Tunisian farmer attaches a machine to a cow's udder and sets the pump whirring, but he only expects to fetch less than half the normal amount of milk amid soaring fodder prices END_OF_DOCUMENT_TOKEN_TO_BE_REPLACED

The book "The Invention of the Maghreb: between Africa and the Middle East" prompts us to review basic terminology. This includes terms that we use almost every day as if they are ... END_OF_DOCUMENT_TOKEN_TO_BE_REPLACED
Author:
Sonja Hegasy
Date:
Mail:
Send via mail

END_OF_DOCUMENT_TOKEN_TO_BE_REPLACED
Social media
and networks
Subscribe to our
newsletter