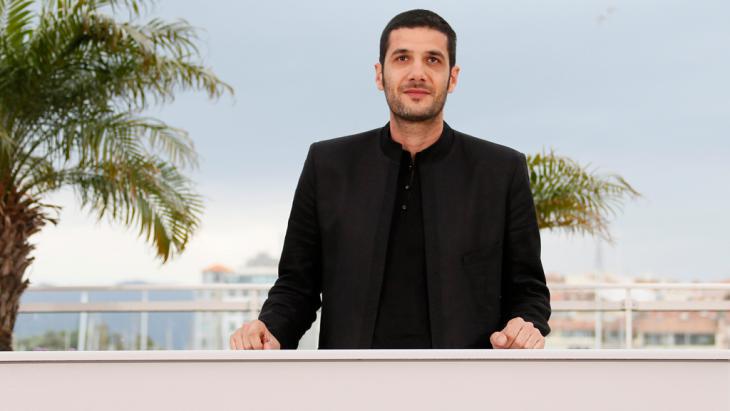 Screenings of Nabil Ayouch's new film "Much Loved" have been banned in Morocco. Described as "an insult to all Moroccan women", the drama focuses on the lives of three prostitutes in Marrakech. It was a big hit at this year's Munich Filmfest. By Susan Vahabzadeh

When night falls in Marrakech, the city belongs to Noha, Soukaina and Randa. At least, they behave as if it does, this brash trio whose conversations are punctuated with sufficient vulgarity to turn the air several shades of blue. They talk about their bodies and the job, which of course are one and the same topic, and sometimes even their driver, Said, who chauffeurs them through the streets of Marrakech, from one party to the next, from hotel to hotel, and finally home just as the grey light of dawn is breaking, finds it all a little too much. "What  are you looking at?" Noha asks him after he appears shocked by one of her racier outbursts, "You want me to be more poetic?"

The brassy self-confidence of the three heroines of "Much Loved", it turns out, is nothing more than a front, armour behind which to hide their true vulnerability. While the three women are prostitutes, Said's role, is less obvious; we are left wondering whether he is merely some sort of good-natured protector-bodyguard or whether he is in fact their pimp after all.

Moroccan film director Nabil Ayouch allows us to closely observe the struggles of the three women to get by, showing us how they pick themselves up after being thoroughly degraded by their clients (mostly hypocritical Saudis, occasionally patronising Europeans), how they manage to hold on to their dignity in spite of the feigned lust and violence that is their daily lot, and how they create a little space for themselves where they can still dream of getting married, of being cared for and looked after. The bond that the trio shares is as moving as their pragmatism. "Much Loved" is a touchingly beautiful portrayal of the lives of these ladies of the night and of how they have come to terms with the hopelessness of their existences.

Ayouch shows very clearly what the consequences are when women are always falsified, unreal: sinner or saint. "Our women are like the meat on this plate," says one of the clients, a Saudi, over dinner: "dead". It becomes very clear just how much almost all of the men with whom Noha, Randa and Soukaina are involved despise them: they are alive but they are whores.

"An insult to all Moroccan women" 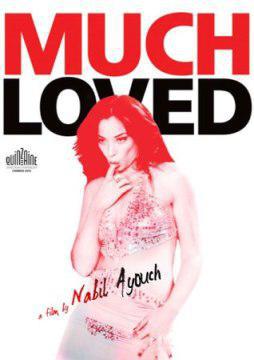 "Much Loved", which has been banned in Morocco, has been screened at the Cannes Film Festival and the Filmfest in Munich

"Much Loved" was shown at this year's Munich Filmfest. Ayouch's candid approach has meant that controversy has been the film's constant companion since its first showing as part of the Directors' Fortnight line-up at Cannes in May. Loubna Abidar, who plays Noha, apparently received death threats, as did Ayouch himself. In Morocco the film has been banned, branded an insult to Moroccan women, indeed to the whole Kingdom of Morocco.

Recent reports have suggested that Ayouch ignored the ban and screened the film in Rabat for students at a conference on freedom of expression. The website of French newspaper "Le Figaro" was just one of the sources for this story. Some Moroccan media have since denied that such a thing took place. The story, they claimed, was polemical – yes, there had been a conference and yes, Ayouch was in attendance, but the film had not been shown.

According to the British broadsheet "The Guardian", Ayouch and Loubna Abidar had been summoned to appear in court on 15 July. Whatever the truth of the matter, Ayouch, who claims to have been surprised by the intensity of the reaction to the film, has certainly set the cat among the pigeons. At the end of last year, Ridley Scott's "Exodus" was also banned in Morocco, though it was later given permission to be screened following a couple of minor adjustments to the script.

Ayouch's avowed surprise at the scandal is nevertheless hard to believe. Of course he is right to stand up for freedom of expression in Morocco; and it is probably also right that the film is said to be not only very authentic, but to actually show things the way they are. Prostitution may be a taboo subject in Morocco, but it highly likely to exist there, just as it does everywhere else in the world.

A film to get people talking

Morocco is striving harder than most other Arab countries to encourage a spirit of progressiveness. The Marrakech Film Festival does its best every year, and with official sanction, to push back the boundaries of what is acceptable to Moroccan audiences. Jean-Marc Vallée's "C.R.A.Z.Y." (2005), for example, also dealt with a topic usually considered taboo in Morocco: homosexuality. The Arab Spring may have passed Morocco by, but this does not mean that the relative internal peace, the non-violent tug of war over conservative standards and renewal, is any easier as a result – a moderate Islamic party has had a majority in parliament in Rabat since 2011.

Nabil Ayouch may deny wanting to provoke anyone, but it was clearly his intention to get people in Moroccan society talking. He has certainly adopted radical means to do so. It is perhaps worth mentioning that "Much Loved" could only be seen by people of 18 and over at its German screenings. After all, it is only fifteen years since French author Virginie Despentes' film about women and violence, "Baise-moi", came close to being banned from European cinemas.

Charting his own descent into extremism, former Moroccan jihadist Adil El Hasani reveals how he was ultimately able to extricate himself from the grasp of those peddling religious ... END_OF_DOCUMENT_TOKEN_TO_BE_REPLACED

The history of Jews and Muslims is far more entangled than you might imagine – but you have to listen out for it. In "Recording History", Christopher Silver takes us on a sonic ... END_OF_DOCUMENT_TOKEN_TO_BE_REPLACED

Welcome to the world of Al Qasar, where Arabic music collides head-on with punk and psychedelic to create something powerful and beautiful. "Who Are We" is a raucous, subversive ... END_OF_DOCUMENT_TOKEN_TO_BE_REPLACED

A conflict rooted in identity is currently gaining traction in Morocco. It began with demands to relieve the "burden" of Fusha (classical Arabic) by implementing a linguistic ' ... END_OF_DOCUMENT_TOKEN_TO_BE_REPLACED

The Women's Africa Cup this year in Morocco was a resounding success. The Moroccan team was the first Arab women's football team to qualify for a World Cup. By John Duerden END_OF_DOCUMENT_TOKEN_TO_BE_REPLACED

The southern shores of the Mediterranean Sea are losing sand faster than almost anywhere else. The ecological and economic damage is immense. The good news is, there are ways to ... END_OF_DOCUMENT_TOKEN_TO_BE_REPLACED
Author:
Susan Vahabzadeh
Date:
Mail:
Send via mail

END_OF_DOCUMENT_TOKEN_TO_BE_REPLACED
Social media
and networks
Subscribe to our
newsletter