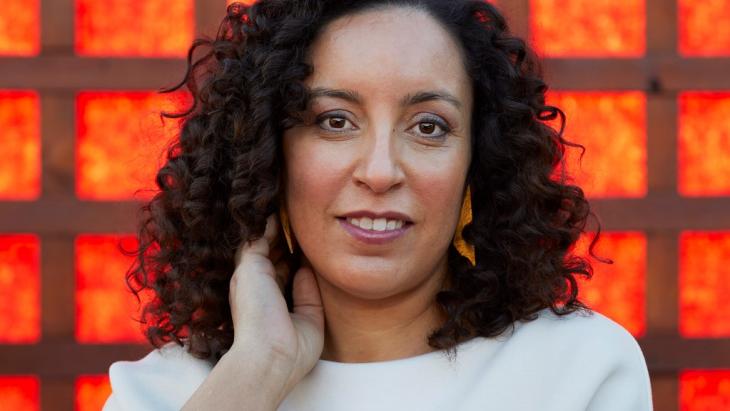 In her latest novel, Catalan-Moroccan writer Najat El Hachmi tells the story of a young migrant woman struggling to balance her desire for freedom and the demands of tradition and family. With great openness and a sensuous use of language, El Hachmi paints a picture of the timeless conflict encountered by young people striving for self-determination. Volker Kaminski read the book for Qantara.de

The unnamed young woman in El Hachmi’s latest novel La filla estrangera knows exactly what she wants. She wants to read, to study, and ponder Nietzsche’s Zarathustra and mediaeval courtly love. She and her student friend A are "specialists in Love, in the theory of Love. Well, I’m the theorist, he has his own life, a happy, tidy little life that we never talk about."

Despite this clear-headed analysis, the young woman has to give up her studies early. Talent, interest, and a thirst for knowledge are of no more use to her; she loses touch with her student friend and is forced to take a job as a cleaner in a monastery. She’s obliged to look on helplessly as others decide her life’s path for her.

The young woman is ashamed of her own inaction and can hardly bear to look at herself in the mirror. It’s not just her mother whose will she finds herself bending to, it’s also the neighbours in the district where she lives and her many relatives in Morocco, all of whom are clamouring for her to have an arranged marriage with one of her cousins.

It seems understandable that she is unable to defy this barrage of wills. She consoles herself with the idea that she will return to her studies later and develop professionally as a married woman. In the meantime, she doesn’t have much space to realise her yearning for a life of her choosing, one lived according to Western standards. In a fit of defiance, she straightens her hair with a hairdryer and straighteners, going to war with her "frizzy heritage".

The young woman’s image of herself is captivatingly clear. She knows that she must bend to her mother’s will to avoid wounding her deeply. At the same time, however, she recognises that she is in a much more favourable position than many other young women, who don’t know their would-be husbands and have to marry complete strangers. Her situation is almost unbearable, but still she tries to comfort herself: "Aren’t there many arranged marriages where love has blossomed?" she thinks to herself. 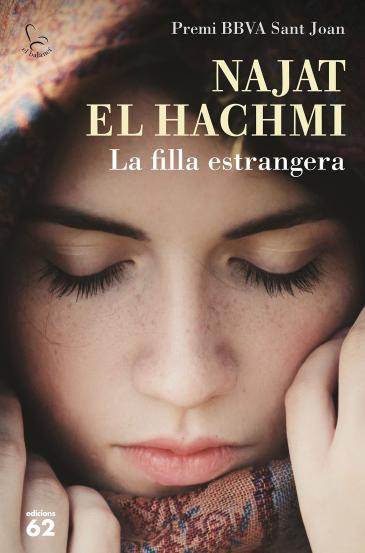 Najat El Hachmi's book 'La filla estrangera' is "an unusually powerful novel about the everyday struggles of a young Muslim woman who never stoops to moralising or complaining, but seeks constantly to find ways to escape the challenging situation in which she has found herself," writes Kaminski. "El Hachmi has won several prizes for the novel in Spain. Luminously translated into German by Michael Ebmeyer as 'Das fremde Tochter', 'La filla estrangera' captivates the reader with its intimate voice and profound authenticity"

An ordeal – or a way out of her misery?

In one stirring monologue, the narrator has us bear witness to the young woman’s irrepressible desire for freedom. The reader can never quite tell whether she is facing an out-and-out ordeal or whether she might find a way out of her misery.

Keen to play her part as the constant, well-adjusted daughter, she travels to Morocco to make preparations for the wedding, meet her relatives and her future husband, and take all the necessary steps with her mother.

Inside, however, she remains maladjusted and full of a sense of estrangement from the people that use the same language as her mother – a language she has never had sufficient command of to talk about the things that are important to her.

As the novel progresses, the pendulum seems to swing definitively in one direction, and the young woman’s new life becomes an ordeal. Yet the reader gets the distinct impression that she is a match for the challenges she faces, though the pressure weighing on her continues to grow.

Inside an arranged marriage

El Hachmi is not content to simply portray her young protagonist’s inner struggles and describe her efforts to find a balance between the demands made of her and her own aspirations.

She is also interested in the finer details of everyday life as a young Muslim woman who springs into action to honour her family’s wishes.

What does it take to bring a family member over to Spain from Morocco? What does the financial side of a marriage of convenience look like? What does the groom contribute, and what does the bride’s family bring to the table? These are the sorts of questions the novel answers, as well as providing a close-up account of personal experiences in an arranged marriage.

The narrator applies the same openness when speaking of her own inner life as she does when describing her disappointment with her husband once he has arrived in Spain and the ‘international wedding’ has taken place (the festivities are held both in Spain and in Morocco). The demands placed on the young woman seem increasingly difficult to shrug off.

She has to look for an apartment and, during her search, she encounters familiar discrimination on account of her Muslim name. She also has to organise the papers for her husband’s residence permit. Not only that, but her cleaning job does not earn enough, so she is obliged to find a second job to meet the financial requirements for the couple to be able to live together.

Given the young woman’s circumstances, it’s no surprise that her sex life turns out to be unsatisfying. On her wedding night, she lies next to her husband and feels "as if I’d been punctured and could leak through this hole like a drain." In fact, the man that "throws himself" on her every night is still mostly a stranger to her, with "his stale tongue which he sticks in my mouth and his clumsy hands that grab me as if I were some kind of toy". The author skilfully hints at how distant the narrator feels from husband and his family, dubbing them ‘Cousin Husband’ and ‘Aunty Mother-in-Law’.

Authentic language and an intimate voice

And now, having reached this low point in her protagonist’s life, El Hachmi displays her great literary talent. She keeps a firm eye on her narrator’s downward spiral and doesn’t shy away from describing the growing list of unreasonable demands made of her protagonist by her husband, her mother, and her society. It’s as if the young woman must fight for every inch of her freedom; it’s only her conscious and exacting mind that keeps her from losing courage: "My head is holding an impossible monologue, a monologue in response to the question that the people who know me might ask..."

When her husband demands that she wears a headscarf in public, she vehemently opposes him. But her mother also pushes her to do so "for your aunt and uncle". The next morning, she relents and, with a heavy heart, puts on a black funara: "when I lift my head in front of the mirror to fasten the pin on the scarf, I feel like a lamb with its head thrown back, waiting for its throat to be cut."

The odds seem to be stacked against the young woman. She has to work two jobs to pay for her husband, who has no work permit. Unlike other men in his position, he’s not 'switched on' enough to find something "that he could do off the books". Instead, he spends his days at the cafe with his friends. To top it all off, he even complains about her lack of tenderness in bed.

This is an unusually powerful novel about the everyday struggles of a young Muslim woman who never stoops to moralising or complaining, but seeks constantly to find ways to escape the challenging situation in which she has found herself. El Hachmi has won several prizes for the novel in Spain. Luminously translated into German by Michael Ebmeyer as "Eine fremde Tochter", La filla estrangera captivates the reader with its intimate voice and profound authenticity.

Najat El Hachmi, born in Morocco in 1979 and raised in Catalonia, first made a name for herself in 2004 with the much-discussed essay "Jo també sóc catalana" (I too am Catalan). In 2008, she surprisingly won the Premi Ramon Llull, the most important and most highly endowed Catalan literary prize, with her novel "The Last Patriarch".

Research project "The Global Qur'an", brainchild of Professor of Islamic Studies Johanna Pink and sponsored by the European Research Council, analyses the history and ... END_OF_DOCUMENT_TOKEN_TO_BE_REPLACED

As the Western world emerges from a holiday season made less festive by COVID-19, millions of children in Afghanistan are starting 2022 facing the prospect of famine, illness, and ... END_OF_DOCUMENT_TOKEN_TO_BE_REPLACED

A wedding extravaganza of bright colours, flowers, feasting and dancing, yet the bride, Nefie Eminkova, who comes from Bulgaria's Pomak – Muslim – minority, can see none of it. ... END_OF_DOCUMENT_TOKEN_TO_BE_REPLACED

Every year in December, the team at Qantara.de takes a look back at the articles that proved most popular with our readers. This year is no different. Here is a run-down of the ... END_OF_DOCUMENT_TOKEN_TO_BE_REPLACED

Jesus – Issa in Arabic – doesn’t merely enjoy the highest place among the prophets in the Koran. He is also revered in Islam’s mystical tradition for his message of love and mercy ... END_OF_DOCUMENT_TOKEN_TO_BE_REPLACED

The military in Sudan has never waged war against a neighbour, but it has already staged 17 coups. Tens of thousands of people are risking their lives to oust the military by ... END_OF_DOCUMENT_TOKEN_TO_BE_REPLACED
Author:
Volker Kaminski
Date:
Mail:
Send via mail

END_OF_DOCUMENT_TOKEN_TO_BE_REPLACED
Social media
and networks
Subscribe to our
newsletter