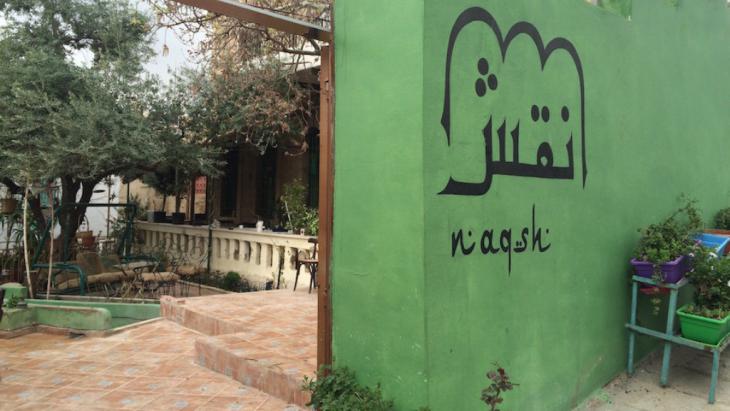 Cultural cafes like Naqsh in the centre of Amman are prime examples of innovative grassroots projects that help promote cultural dialogue between east and west. Hakim Khatib visited the Jordanian cultural cafe and spoke to its initiators

Unfortunately, even cultural, historical, philosophical, psychological and archaeological aspects of human civilisation in this region have to a great extent been framed to serve merely political explanations. A minimisation of societal complexity has been the result.

Defying these rigid structures of categorisation, people in Jordan with very scarce resources are attempting to create, elevate and implement innovative ideas at a very local level. The aim is to raise awareness and develop new ways of thinking that may provide a way ahead – not only for improving the lives of the people in the region, but also for enhancing cultural dialogue between east and west. The impact of such projects may still be barely noticeable on a macro scale; yet their impact is proving significant on a micro level in Jordanian society.

Resurrected from the ruins

Cultural space cafes, such as Naqsh [lit. ornamentation] in downtown Amman, are examples of such grassroots projects. Naqsh is a cultural space cafe founded by Yahya Abu Safi, a Palestinian refugee, aged 43, in 2014. The cafe has arisen out of the remnants of an old house – built in 1919 and was abandoned for over 15 years – in the old quarter of Amman.

With resources as scarce as hen′s teeth, Abu Safi initiated the restoration of the house in 2013. While several Jordanians volunteered to help in restoring the old house, some other Europeans and Asians joined the efforts later on. Naqsh is the product of voluntary work completed by Jordanians, Palestinians, Syrians, Japanese, French and Germans.

The social and cultural value of Naqsh lies in promoting cultural exchange among the locals themselves and with foreigners. ″At the beginning when we were trying to restore the house, some locals used to show up and wonder about this strange idea – ′a cultural cafe?′ they used to say,″ Abu Safi recalls. ″The idea of a cultural space cafe in ′downtown Amman′ was something quite foreign to the people then,″ he adds. 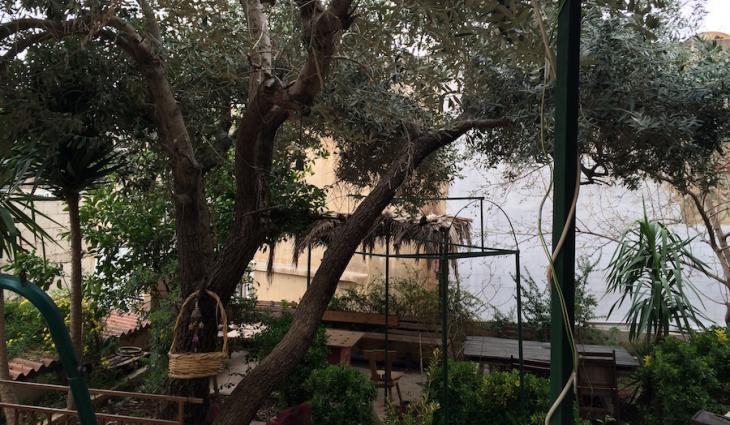 Amman′s green oasis and positive inspiration for the younger generation: since its opening, Naqsh has offered a varied programme of cultural events such as musical concerts, art exhibitions, theatre, poetry evenings and language exchange events

Since its opening, Naqsh has hosted several cultural events such as musical concerts, art exhibitions, theatre, poetry evenings and language exchange events. ″Many people started visiting our events. Naqsh is perfectly situated in the middle between east Amman and west Amman,″ Safi explains.

At the interface between two widely different social classes

The capital of Jordan is broadly divided into two dimensions of reality: West Amman is lavishly rich, luxurious and expensive, while east Amman is poor, repulsively squalid and miserable.

With western Amman being populated by the higher echelons of Jordanian society – managers, diplomats, high-ranking governmental officials and businessmen – infrastructure and public services, well-equipped schools and medical centres, although unduly expensive, are on every corner. By contrast, eastern Amman clearly suffers from a lack of facilities, crumbling infrastructure and public services and insufficient and poorly-equipped schools and medical centres.

″Being located in the middle of two widely different social classes, Naqsh cafe offers a platform for integrative involvement from both sides,″ Safi points out, referring to the importance of cultural bridging, not only between Jordanians and foreigners residing in Jordan, but also among Jordanians themselves. 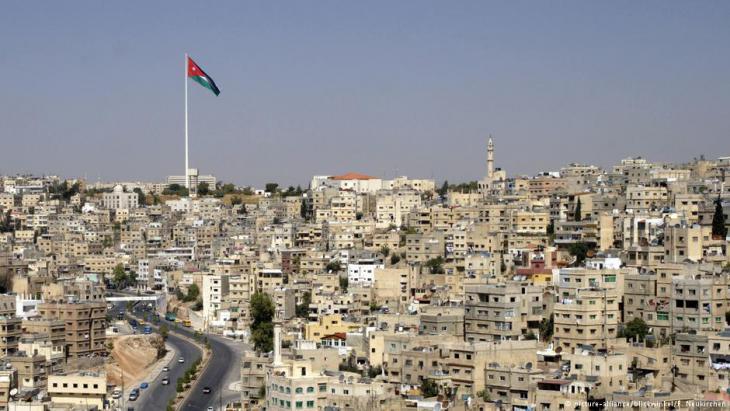 Amman – a divided metropolis: the capital of Jordan is broadly divided into two dimensions of reality. West Amman is lavishly rich, luxurious and expensive, while east Amman is poor, repulsively squalid and miserable

″We try to offer a space for people from all walks of life,″ says Safi. ″Many Jordanians and people from Africa, Asia and Europe regularly visit our events,″ he adds. ″This is a place for everyone who believes in peace, hope and harmony.″

Naqsh is also working on setting up a library for the neighbourhood and organising literary reading and music sessions for young people. In spite of the fact that most innovative projects are concentrated in West Amman, cultural projects in the Jordanian capital have been witnessing a resurgence in recent years. The development owes to people′s increasing awareness of cultural and social platforms on the one hand and to the increase, although fluctuating, of tourism in the country on the other.

The impact of Naqsh on the younger generation seems to be positive, especially since several youngsters regularly visit the Naqsh cafe and use it as a space for, among other things, training and exchanging ideas. The Bushar group [lit. popcorn] is a good example of young talents in Amman, who despite a shortage of almost everything, manage to improvise and rehearse at Naqsh cafe.

Cultural bridges beyond the Jordanian borders

Bushar – which mainly consists of high school and university male students between 14 and 25 – ″has a place to improve their talents and share their aspirations,″ said Abduljabbar Al-Barqawi, a current member.

″Through our talents, we hope that we can contribute to society by raising awareness and improving the quality of life of Jordanian people,″ Nashwan adds, referring to the group′s active engagement in voluntary work. ″Our goal is to build cultural bridges beyond the Jordanian borders and to show the world that we, too, have talented people,″ Nashwan concludes.

Cultural exchange among people is a human aspect, which cannot be framed exclusively in religious or political terms. By examining the context of these emergent cultural projects across Jordan, it is clear that the focus is neither on politics nor religion. In other words, there is much more to culture than just religion and politics.

Hakim Khatib is a political scientist and analyst works as a lecturer for politics and culture of the Middle East, intercultural communication and journalism at Fulda University of Applied Sciences and Phillips University Marburg. Hakim is the editor-in-chief of the Mashreq Politics and Culture Journal (MPC Journal).

Home
Print
Newsletter
More on this topic
Art and Design in Jordan: A facelift for Amman's artisanal businessesThe Hakawati bookshop for children and young people in Amman: Huge appetite for exciting storiesAmjad Nasser on the role of Arab writers in Arab society: Speaking out in societies without words
Related Topics
Arab culture, Comedy, Cuisine, Dialogue of Cultures | Intercultural Dialogue, Performing arts, Places of Dialogue, Travel, Travels in the Orient
All Topics

A straightforward message emerged from last week’s meeting in the Negev desert of the foreign ministers of four Arab countries, Israel and the United States: Israel is key to the ... END_OF_DOCUMENT_TOKEN_TO_BE_REPLACED

Israelis, Arabs and Iranians are landing back in their home countries to the tearful relief of relatives, as evacuations of nationals caught up in the Russian invasion of Ukraine ... END_OF_DOCUMENT_TOKEN_TO_BE_REPLACED

A number of Arab League member states have announced in recent weeks that they intend resuming relations with the Syrian regime. A potential invitation to the Arab League summit ... END_OF_DOCUMENT_TOKEN_TO_BE_REPLACED

How can we expect Jordanian women to participate fully in political life if they know that they don’t enjoy the same legal status as their male counterparts, or the constitutional ... END_OF_DOCUMENT_TOKEN_TO_BE_REPLACED

Despite Syria's lengthy civil war, dictator Bashar al-Assad is now being courted by many governments in the Middle East as if nothing ever happened. The reasons for this vary. By ... END_OF_DOCUMENT_TOKEN_TO_BE_REPLACED

END_OF_DOCUMENT_TOKEN_TO_BE_REPLACED
Social media
and networks
Subscribe to our
newsletter