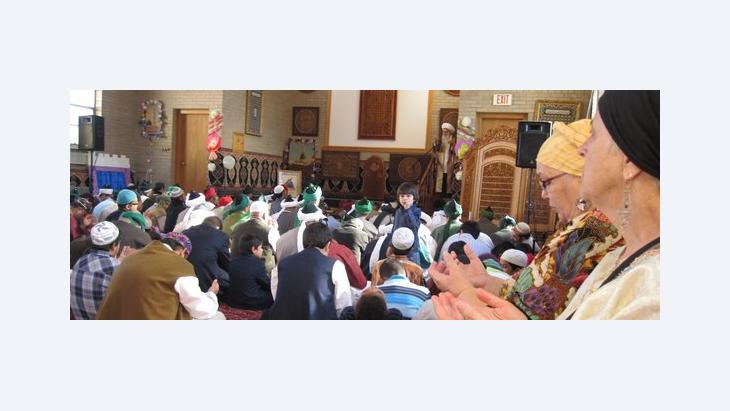 Going Back to Divine Presence

﻿﻿Naqshbandi is one of the major spiritual orders of Sufi Islam. At the order's headquarters in Michigan, believers from myriad ethnic and religious backgrounds - from Judaism to Christianity - come together to practise their spiritual version of Islam. Mary Fowles reports

Todd Friedmann, 35, is barrelling down the highway on a 1000-km drive from Montreal, Canada, to Michigan, USA, where he will join his spiritual community for one of the holiest days of the year.

It's the day before Rosh Hashanah, the Jewish New Year, but Friedmann, who was born and raised Jewish, is driving the long distance for Eid ul-Fitr, the last night of Ramadan. He became a Sufi Muslim over ten years ago and on the 12-hour car ride the depth of his devotion is palpable.

He now goes by the name Husayn and is dressed in loose cotton clothing which emulates the Sunnah of the Prophet Muhammed, but his long ruddy beard and appearance also give him the look of an Orthodox rabbi.

When asked about the perplexing mosaic of his religious heritage, Friedmann quickly cites the Islamic mystic and philosopher Ibn 'Arabi who famously wrote "I follow the religion of love."

Friedmann's journey began as it did for most Western converts to Sufi Islam: in an earnest search for spiritual fulfilment and meaning in what they see as an increasingly materialistic and empty Western culture. 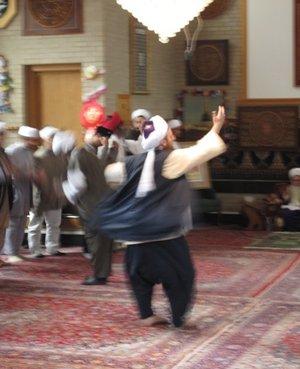 "What is this life about?" - Todd Husayn Friedmann practising a trance-like devotional whirling that developed under the mystical tradition of the Sufi poet Rumi

​​"As I got older I started to notice something very wrong was happening on the earth. My grandfather lived through the Holocaust and told me about it. I needed to know: What is this life about? When I discovered the Montreal Naqshbandi Sufi Centre, there was a certainty that was stamped on my heart. Now there is nothing that can take that away."

Friedmann is driving to the headquarters of the Naqshbandi-Haqqani Sufi Order of America where over the next week dozens of devout Sufis, about 30 per cent of whom are Western converts to Islam, from myriad ethnic and religious backgrounds, will converge from all over North America.

Devotees have come seeking spiritual renewal, transcendence from the trappings of the ego, and to bask in the spiritual presence of Shaykh Hisham Kabbani. Kabbani is a globally revered Sufi teacher and official deputy of Shaykh Nazim Al-Haqqani, the leader of the order who is widely regarded as a saint and said to trace his lineage back to the 13th century mystic and poet Jalaluddin Rumi.

Naqshabandi is one of the major spiritual Orders of Sufi Islam in the world today and "it's the most popular Sufi tradition in Indonesia, the Subcontinent, Africa and the Middle East," says Lisa Alexandrin, a professor of Islamic studies in the department of religion at the University of Manitoba.

"The Naqshbandi teachings emphasize the importance of the relationship between master and disciple: Sufi shaykh and student," adds Alexandrin, echoing the appeal to many Western Sufi practitioners who say through their encounters with Shaykh Nazim and Shaykh Hisham they saw living examples of the teachings of the Prophet. Devotees see Sufi Islam as a religion of love, peace, tolerance, humility and respect, and strive to attain these ideals through the guidance and teachings of their Shykhs. There is also an emphasis on "universal spirituality", inclusive of different faith traditions.

"The goal of spirituality is not to have labels," says Friedman. "It's to go back to divine presence."

In 1991 Kabbani was appointed by Nazim to establish a presence in North America and since then 23 centres have opened across the region. 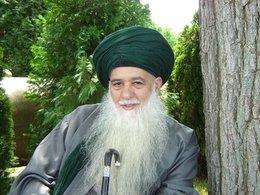 "Transcendence from the trappings of the ego": the Lebanese-American Sufi Muslim Muhammad Hisham Kabbani

​​The Michigan Centre is a modest farm tucked off a suburban country lane. One cannot imagine a less likely landscape for the kind of ecstatic and colourful Sufi worship that unfolds here, including chanting, prayers, meditation, and trance-like devotional whirling.

"It always amazes me how doctrines and devotional practices established by a set of Sufi masters in the 14-15th Centuries can continue to maintain such a powerful presence in the contemporary world," says Alexandrin. The Naqshbandi Order dates back nearly 1500 years and traces its spiritual lineage to the Prophet Muhammad through Abu Bakr, the first Caliph and one of the Prophet's closest companions.

"We are not a da'wah [conversion] machine or missionaries," says Kabbani, who is also an author, renowned scholar of Islamic history and a spiritual teacher to an estimated 2 million Muslims across the globe.

"We believe everyone has a certain time that comes in their life when God's manifestation on their heart becomes strong and they will listen to that message and yearn to understand it. Then they begin to give more and more attention to their spiritual needs. Therefore, we don't say 'converting' or 'reverting', we say when the call to spirituality comes, they will pick up the phone."

Despite the order's emphasis on inner spirituality, this Sufi community maintains traditional Islamic values grounded in Sharia law: Men and women are segregated for prayer and many women chose to wear headscarves.

Friedmann stops for a cappuccino at a chain café in Fenton surrounded by American "big box" stores like Walmart and Target. He is a colourful anomaly in the mainstream landscape of the American Mid-West. 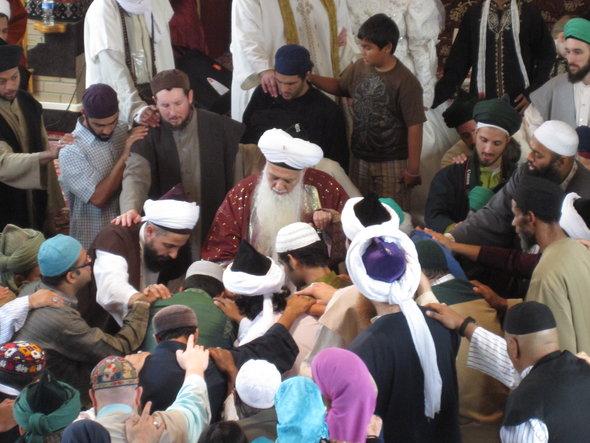 "When the call to spirituality comes, they will pick up the phone." - A man takes "bayat", or initiation, into the Naqshbandi Sufi Order with Shykh Hisham Kabbani. About 30% of the Western Sufis of this Order in the US are converts to Islam

​​At the counter he is approached by a man wearing a Harley Davidson T-Shirt, who asks him sarcastically if he is a part of the local "renaissance parade", before muttering angrily "Americans should dress like Americans."

"We're taking criticism from all sides," says Elizabeth Bootman, who embraced Islam when she was just out of high school. She was educated at the University of Berkley and grew up in the famously liberal Bay Area of San Francisco as a secular American. She now veils her hair and wears modest clothing. But walking the spiritual path as an American Muslim convert is not an easy road.

Fundamentalist Muslim groups have criticized the Sufi community, seeing it as divergent from traditional Islam, an accusation Sufi Muslims adamantly refute; and they are often confronted with the anti-Muslim sentiments of the post 9-11 world.

Despite the challenges, Bootman's faith doesn't waver: "If you're wondering why on earth a Western person from a liberal country would decide to become Muslim you have to understand the history and wisdom of what Prophet Muhammed, peace be upon him, brought to earth and how powerful, liberal and emancipating that message was. So many people are interested in spirituality in the West, especially the side of it that is contemplative and introspective and peaceful. This is what we were looking for when we came to this order and this is what we have found."

Home
Print
Newsletter
More on this topic
Sufism in Jordan: A Prism of SpiritualityJewish and Muslim Mysticism: Jewish Mystics on the Sufi Path
Related Topics
All Topics
Date:
Mail:
Send via mail

END_OF_DOCUMENT_TOKEN_TO_BE_REPLACED
Social media
and networks
Subscribe to our
newsletter