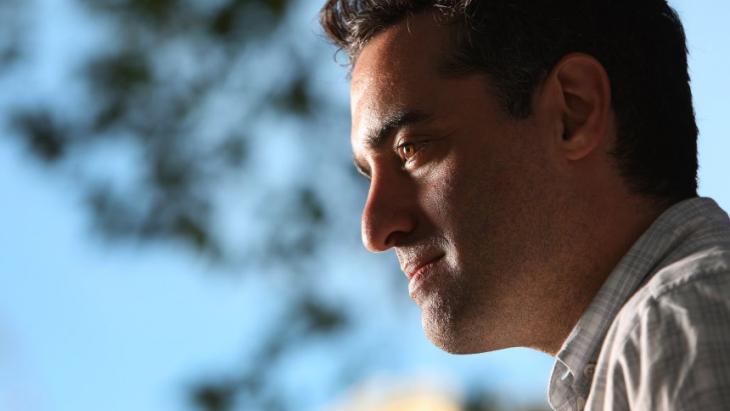 Nathan Englander’s novel "Dinner at the centre of the earth"

Nathan Englander, an author of novels and short stories and a man who knows Israel very well, has written a fast-paced spy novel in which lovesick spies, dubious businesspeople and a virtually immortal general in a coma fail to bring about a workable solution for peace in the Israel-Palestine conflict. By Volker Kaminski

To begin with, the spy network seems quite opaque; we meet people with false identities and some apparent coincidences are revealed to have been stage-managed by the secret service. But the overarching theme is politics: on the one hand the diplomatic efforts at the highest level to bring about a lasting peace (Abbas, Olmert, Arafat and Sharon all make appearances), and on the other, the covert operations of spies who undermine these intentions and continually create new sources of conflict.

"Paranoia is where I shined"

As in a James Bond film, the Mossad agent Z jets from one country to another, finding himself in the luxury suite of an expensive Parisian hotel with a beautiful woman, before finally being lured into a trap aboard a yacht in the Tyrrhenian Sea. Admittedly, on his mission Z comes across more as a clumsy, comical Johnny English character than the ever-victorious Bond. He concedes quite openly: "Logistics was not my strong suit […] Paranoia is where I shined."

At the outset, Z has the best intentions; full of idealism and freshly recruited by the secret service, he wishes for nothing more fervently than peace between the hostile nations. But a reckless approach causes him to trigger a massacre in the Gaza Strip in which several families are killed, and his own secret service takes him out of commission and dumps him in an Israeli desert prison, where he spends ten years waiting without trial or the prospect of release. The only friend who visits him regularly is his guard, who provides him with food and drink and plays countless games of backgammon with him in his cell. 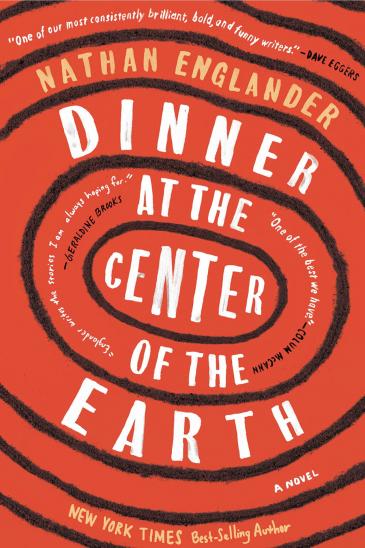 Nathan Englanderʹs " Dinner at the Centre of the Earth" is largely a spy story without good and evil. An unusual political novel, switching from current affairs to hyper-reality, the human dimension shines through ever more clearly as the story progresses, heading towards a brilliant conclusion

All the novel’s political characters are marked by the same sense of futility.

Whether on the Israeli or the Palestinian side, at some point they all have to realise that their situation is "messy" and that they are never fully in control of their dangerous campaigns. "Our issues," summarises a high-ranking Palestinian diplomat (whom the novel calls the "mapmaker") "They’re insurmountable, far beyond hope."

A candle-lit dinner in a tunnel

Even so, there seems to be a higher force than this brutal, inhuman political reality – and even the mapmaker is filled with it.

He is in love with an Israeli spy: the two were a couple, and after they are parted by circumstance, he "trapped" in the Gaza Strip and she on the other side, they make a ludicrous plan to have a candle-lit dinner in a tunnel right on the border between Israeli and Palestinian territory.

This metaphorical punchline shows that the author is not in the business of creating identikit spies, but wants to give his protagonists a genuine human side.

"Who is against love?" asks a Palestinian who has got rich from building tunnels, indicating the real heart of the novel: the "centre" that exists within the hopelessness of the war between spies and diplomats and yet never completely disappears.

The narrator also approaches the novel’s murkiest character from this emotional perspective: the Israeli "general" (easily recognised as Sharon) who by 2014 has been in a coma for eight years and cannot die. He finds himself in a surreal "limbo", into which no one follows him and where he must relive the painful moments of his life, like his son’s suicide, over and over again.

A spy story without good and evil

These passages are especially memorable; time seems endlessly stretched out, the same shot echoes again and again in the general’s ears, but he can no longer catch hold of the reality over which he was once such a powerful master (in the novel he is called a "murderer" and a "butcher", whose excessive brutality repels even the state’s founder, Ben Gurion).

Despite these passages, the novel is largely a spy story without good and evil. Englander doesn’t condemn any of his shady secret agents and power seekers. Each of them pursues the calculations he has made in the tightly-woven web of events, trying to hurt his enemy and use his own side. But each of them also has a heart that they follow in troubled times.

An unusual political novel, switching from current affairs to hyper-reality, the human dimension of Dinner at the Centre of the Earth shines through ever more clearly as the story progresses, heading towards a brilliant conclusion.

Home
Print
Newsletter
More on this topic
Palestine and its Arabic neighbours: Gaza – a city no one wants"The Blue Between Sky and Water" by Susan Abulhawa: Love and suffering in GazaBook review: "The Drone Eats with Me" by Atef Abu Saif: A war without distinct edges
Related Topics
Gaza War, History of the Near and Middle East, Israeli-Palestinian conflict, Literature, Middle East peace process
All Topics

At the suggestion of his Arab students, Israeli psychologist Ofer Grosbard created the project "Quranet", which uses texts from the Koran to solve educational problems in schools ... END_OF_DOCUMENT_TOKEN_TO_BE_REPLACED

Contemporary artist Mona Hatoum is one of those figures whose presence in western capitals stimulates much attention and critical writing, while her exhibitions in Arab cities ... END_OF_DOCUMENT_TOKEN_TO_BE_REPLACED

Wall, fences and checkpoints have become a way of life in the West Bank. But now innovative start-ups are using digital means to overcome borders and connect people across the ... END_OF_DOCUMENT_TOKEN_TO_BE_REPLACED

The collapse of traditional multilateralism in the Arab world has been accompanied by a significant shift in American Middle East policy under President Donald Trump, writes ... END_OF_DOCUMENT_TOKEN_TO_BE_REPLACED

In her latest novel, "The Book of Disappearance", Palestinian author Ibtisam Azem strikes a nerve with a fantastical tale that simultaneously fascinates and moves the reader, ... END_OF_DOCUMENT_TOKEN_TO_BE_REPLACED

In terms of policy, this election has little else to offer. Social issues, the economy and the conflict with the Palestinians are not dominant themes; it’s a question of power. By ... END_OF_DOCUMENT_TOKEN_TO_BE_REPLACED
Author:
Volker Kaminski
Date:
Mail:
Send via mail