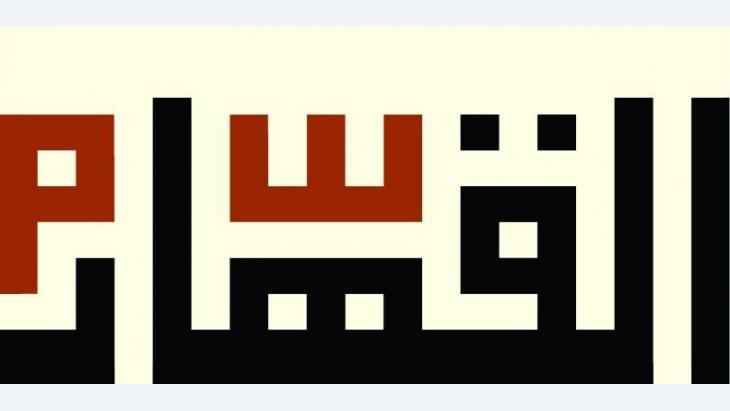 Navid Kermani's "Metaphysical Revolts"
Is the Creator a Sadist?

In his new book Navid Kermani explores the question of divine justice and the meaning of suffering. His starting point is the Job motif and "The Book of Suffering" by the Persian mystic Fariduddin Attar. By Lewis Gropp

Rebellion against God has found as little acceptance in Islamic orthodoxy as it has in orthodox Jewish and Christian understanding, where it has also been marginalized. But the mystical tradition of these three monotheistic religions recognizes a special form of devotion and piety in the revolt against God. However, this privilege is reserved for prophets and saints.

In his book "Der Schrecken Gottes – Attar, Hiob und die metaphysische Revolte" (The horror of God – Attar, Job, and the metaphysical revolts) the Cologne scholar of Islam Navid Kermani uncovers this revolt against God as the central motif in Fariduddin Attar's "Book of Suffering." These "metaphysical revolts" are the response of pious believers to the suffering that seems so unjustly meted out by the creator.

"How we can reconcile suffering and injustice in the world with the image of God we are taught," is how Kermani formulates it. This question is what sparks off the mystic's protest. Fariduddin Attar is one of the forgotten great poets of world literature. The writings of the Islamic scholar often stand in glaring contrast to the traditional understanding of Islam and to the picture of God in the Koran. But unlike the mystic Beyazid Bestami for instance, Attar always adheres to the principle of submission.

Nevertheless, for Kermani "the most formidable outbreak of heretical piety within Islam appears (…) to be the 'The Book of Suffering.'" The author colorfully describes how Islam and in particular the Persian mystic from Nischapur take up the biblical motif of "Job." Although Job, who has a significant role in Christian as well as in Islamic and Jewish mysticism, rebels against his creator, he nonetheless decides not to judge God according to human standards, and therefore submits to Him in his rebellion.

The Enlightenment and the Koran

In the wake of the Enlightenment European theologists were no longer in a position to convey this aporetic dialectic. "Der Schrecken Gottes" shows once more how European culture and science drove away the belief in a good God as well as in God himself. The empiricists drove theodicy – the justification of God – into the corner with relentless logical stringency, and poets and thinkers such as Georg Büchner discovered in human pain the "bedrock of atheism." Kermani connects the various discourses with intellectual and stylistic brilliance and an abundance of well-chosen quotations.

Among others, he lets Ibn ar-Rawandi, the most famous atheist in Islamic intellectual history, have his say, and demonstrates that in Islamic and in European culture similar ideas have often evolved from similar questions: "How many of the most enlightened among the enlightened live in misery, and how many of the most ignorant among the ignorant receive their daily bread! This is what makes the mind go mad and turns great scholars of God into heretics."

Divine perfection in the Koran

Nevertheless Kermani points out that the cosmology in the Koran postulates divine perfection much more explicitly than in the Christian and Jewish tradition: "No incongruity canst thou see in the creation of the Gracious God" (Sura 67:3 f.). The problem of the principle of guilt is also clearly explained in Islamic scriptures: "Whatever good betideth thee is from God, and whatever betideth thee of evil is from thyself" (Sura 4:79).

"The Koran emphasizes the justice of God more than His omnipotence," writes Kermani and quotes Sura 4:40: "God truly will not wrong anyone of the weight of a mote." That humans cannot comprehend God's justice is justified by the fact that the nature of God lies beyond human imagination; a topos that, according to Kermani, runs through all of Arab philosophy.

Inwardness and contempt of the world

In this intellectual context, Kermani elaborates on Attar's poetry. Characteristic of his writings are his "conspiracy of suffering, his ascetic leanings, his demonstrative inwardness, and his contempt of the world," Kermani writes. At a first glance the thirteenth-century Islamic mystic seems very out of step with the experience of literary modernism. Yet Hellmut Ritter's extensive monograph on Attar - written while he was living in Turkish exile during the Nazi era and published after the Second World War – which, according to Kermani, in itself constitutes a "right to exist" for Western oriental studies, revealed the literary greatness of the poet.

Ritter's monograph still shapes our perception of Attar; with it as his principal witness, Kermani's aim is to elevate Attar to the status of a cosmopolitan man of letters. With stylistic brilliance and a boldly comprehensive philological accuracy, the author traces Attar's "radical cosmology of pain."

In a world whose creatures are tortured, the creator appears as a sadist, and the devoted believer, who cannot leave God alone and seeks intimacy with Him, runs the danger of developing a faith rooted in masochism, as did Attar. "Attar's cosmology and in particular his image of God is actually quite unsettling," writes Kermani. Nevertheless Attar created with his poetry a colorful oeuvre that even Kindler's Dictionary of Literature acknowledges as "entertaining."

The parables and anecdotes scintillate with poignant black humor. When a beggar complains to God that he does not have any linen to cover his private parts, a divine voice replies: "I'll give you a linen: a shroud." The book is filled with this and many other anecdotes and parables. In doing so Kermani draws with somnambulistic certainty on the Koran, Kaballah, scholasticism, the disclaimed influence of Arab poetry on Dante's "Divine Comedy," German nihilism, nineteenth-century French lyric poetry, and numerous other discourses and subdiscourses – and impressively demonstrates how twelfth-century Islamic mysticism negotiated universal questions that still stir up emotions at the beginning of the twenty-first century.

At the conclusion of his treatise, Kermani formulates an aphorism that illustrates the timeliness of this subject: "The greatness of a culture is proven not least of all in the degree to which it tolerates emotion against its greatest authorities, even emotion against God."

Education for girls and women is still possible in Afghanistan, says Reinhard Eroes of the Kinderhilfe Afghanistan initiative. In interview with Elisa Rheinheimer, he talks about ... END_OF_DOCUMENT_TOKEN_TO_BE_REPLACED

In Doha, Arabs from Morocco, Tunisia, Egypt and Algeria are gathering to celebrate the first ever FIFA World Cup to be held on Arab soil. The criticism from Europe? Over the top, ... END_OF_DOCUMENT_TOKEN_TO_BE_REPLACED

Canan Topcu came from Turkey to Germany as a child. In her essay, she describes how bothered she was by the racism she encountered in her country of origin when she travelled ... END_OF_DOCUMENT_TOKEN_TO_BE_REPLACED

All organisers use major sporting events like this year’s FIFA World Cup in Qatar primarily to advertise their country and promote a slick public image. This is not something we ... END_OF_DOCUMENT_TOKEN_TO_BE_REPLACED

A leading light of Israeli theatre, Ofir Henig has directed the Israel Festival and is the only female director to have been awarded the Israel Theatre Prize. These days, however ... END_OF_DOCUMENT_TOKEN_TO_BE_REPLACED

Antoine Leiris lost his wife in the Islamist terrorist attack on the Bataclan club in Paris. German director Kilian Riedhof has made a film of his book "You will not have my hate ... END_OF_DOCUMENT_TOKEN_TO_BE_REPLACED
Author:
Lewis Gropp
Date:
Mail:
Send via mail

END_OF_DOCUMENT_TOKEN_TO_BE_REPLACED
Social media
and networks
Subscribe to our
newsletter