Snapshots of a new reality

Navid Kermani has created an enduring monument in a fleeting genre about a turning point in European history, a modest and insightful example of humanism in European letters. By Marius Meller

Navid Kermani occupies quite a unique position in the German public sphere. As a German Muslim of Iranian parentage, he has given his German audience one of the most subtle elucidations of Islam (God is Beautiful, 1999; English translation 2015).

In a host of newspaper articles and books, Kermani has documented the "religious turn" (Aleida Assmann), the return of authentic religious viewpoints in political and cultural discourses and a rethinking of the relationship between the Enlightenment and religion. He has also explained and commented upon the proliferation of religiously based, terrorist fundamentalism since 2001 and the ensuing wars and crises.

Kermani′s essayistic work is inspired by the history of German and European "encounters" with Islamic culture. In the spirit of Lessing, he emphasises the ties between Judaism, Christianity and Islam, tracing the reception of Islam in German literature (Between Koran and Kafka, 2015; English translation 2016).

On the anniversary of the promulgation of Germany′s Basic Law, he held a speech in the Bundestag in the grand tradition of critical thinking, offering an excursion into contemporary history while developing – and himself embodying – the ideal of a Muslim German intellectual.

In novels and stories he incorporates the motif of faith in a secular era, focuses on narrative mysticism and examines his own life and work as a German intellectual. He even raised some eyebrows and caused a commotion at the Peace Prize ceremony of the German Book Trade when he asked the audience to rise and say a prayer together at the end of his acceptance speech. 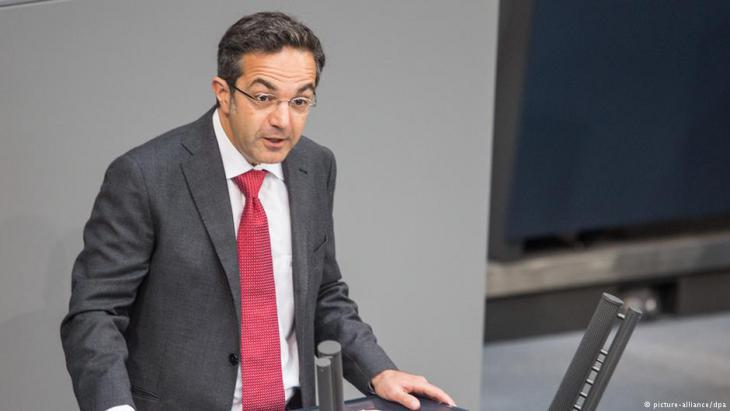 Championing solidarity, freedom and openness: the Islam scholar and author Navid Kermani was officially recognised in October 2015 for his ongoing commitment to the peaceful coexistence of different cultures in Germany and throughout Europe

His ambitious reportage about the refugee trail to Europe first appeared in 2015 in Der Spiegel magazine. It later appeared in book form, slightly expanded and illustrated with impressive photos by Magnum photographer Moises Saman.

Navid Kermani sets aside any conceptual apparatus and develops an unpretentious style of reporting as simple as it is expressive. Kermani is well-aware of his predecessors in the psychological profiling of refugees – Joseph Roth, Berthold Brecht and Herta Muller, to name a few – but his portraits are almost more physiological: he simply describes, letting the reader draw his own conclusions.

Without eschewing pathos, his text is never kitschy. Indeed, such categories would never occur to author or reader, as the fates of the refugees weigh too heavily.

Kermani mentions several times that Europeans are lucky and spoiled at once, having not had a war for three generations. He describes in minute and precise accounts the situation in Germany, without falling into cynicism and he sees the convergence of future developments beyond the heady "open-door policy," predictions which, scarcely a year after his penning them, have now become reality: Europe′s isolation, a swing to the right and authoritarian ambitions across the continent, attacks on refugee homes too numerous to count. 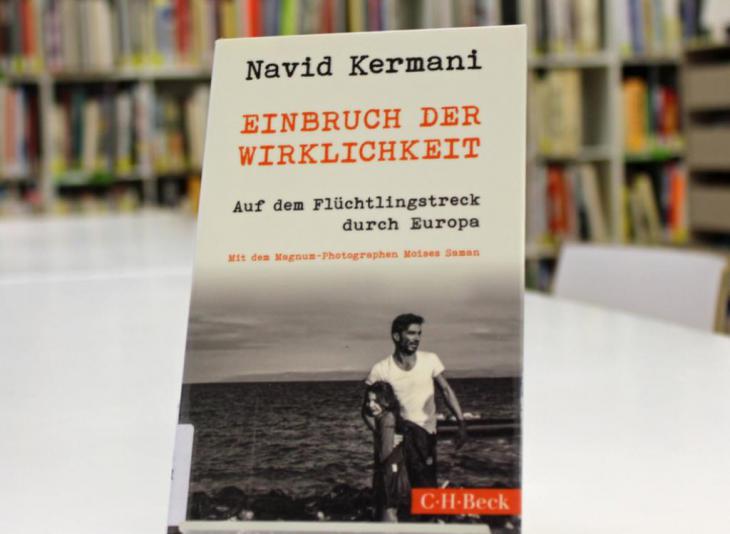 What makes Kermani′s journey along the Balkan route special: he travelled the route in reverse, meeting those on the way who were striving to reach Europe. From Budapest he pursued the trail in a southeasterly direction to the Mediterranean and onwards to Izmir in Turkey. Rather than trudging shoulder-to-shoulder with the refugees, the reader is forced to come face to face with them

Kermani chose the title "Enter Reality" and in sober, sometimes touching episodes he describes a curious new epoch for Europeans, one that so many individuals are not intellectually and morally prepared for, ultimately finding more appeal in neo-nationalist rabble-rousers: "there is war at the southern and eastern borders of our ghetto of affluence, and every individual refugee is its messenger. They are the point that reality enters our consciousness."

Only if Europe stands together, Kermani implores his readers, can the situation be mitigated – yet just a few months later, this pious hope seems to have foundered in the face of this new reality.

Navid Kermani observes and describes precisely the many helpers active in Germany, Greece and Turkey. He often diagnoses the need to "do good because it feels good." He sees plenty of profiteering and criminal smuggling. But he also sees an authentic desire to help among the local population and organised relief workers.

The citizens of Europe are in the midst of a new, existential reality. Navid Kermani has created an enduring monument in a fleeting genre about a turning point in European history, a modest and insightful example of humanism in European letters.

Marius Meller has worked as a literary editor for both the Frankfurter Rundschau and Berliner Tagesspiegel newspapers. Now based in Berlin, he works as a writer and freelance literature critic for Deutschlandradio and Deutschlandfunk.

Home
Print
Newsletter
More on this topic
The refugee debate: How do we want to live?Book review: ″Auf der Flucht″ by Karim El Gawhary and Mathilde Schwabeneder: Born in the wrong placeThe emotional wounds of refugee children: Talking about the unspeakablePhoto essay: Children on the run
Related Topics
Humanitarian aid, Migration, Policy on refugees and migration, Refugees
All Topics

Elke Muller is fighting for her daughter Anna, who fell in love with a young Afghan and converted to Islam. The mother spoke to Esther Felden about feeling alienated and her fear ... END_OF_DOCUMENT_TOKEN_TO_BE_REPLACED

As historian Wiiliam Dalrymple writes in his essay, scholars are only now beginning to realise the extent to which the Mughal emperors adopted what most would assume to be ... END_OF_DOCUMENT_TOKEN_TO_BE_REPLACED

There's not much to see yet, but it's clear that Cologne will be home to a new museum dedicated to migration. The government will provide funding to see the Central Museum of ... END_OF_DOCUMENT_TOKEN_TO_BE_REPLACED

Unable to travel to Munich to attend the presentation ceremony for his Geschwister-Scholl Prize, writer Ahmet Altan penned a message against hatred and nationalism from his prison ... END_OF_DOCUMENT_TOKEN_TO_BE_REPLACED
Author:
Marius Meller
Date:
Mail:
Send via mail