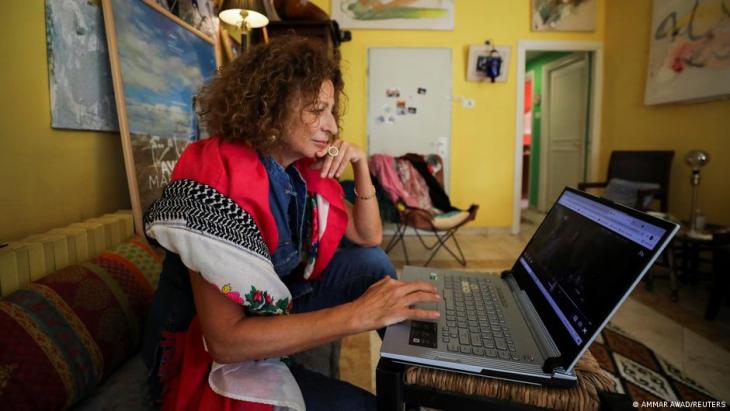 On 14 October 2021, streaming giant Netflix expanded its service to include films either produced by Palestinians or with a Palestinian theme. "Palestinian Stories" comprises 32 award-winning movies available to viewers all round the world

Palestinian director Ameen Nayfeh says he felt proud after bringing to life through film his personal struggle in crossing an Israeli military checkpoint to visit his dying grandfather. But he didn't expect his short film to have a wide audience.

That all changed for Nayfeh last Thursday, when Netflix launched a new Palestinian film collection, the first of its kind by a major streaming service, that includes his award-winning short "The Crossing".

“This is why we make films, because we want our stories to travel, we want people to know about us,” said Nayfeh, 33.

“Now when you type Palestine in the search button on Netflix, you will see so many different titles that you can watch. Before, when I would type Palestine I would get Israeli titles,” he said. 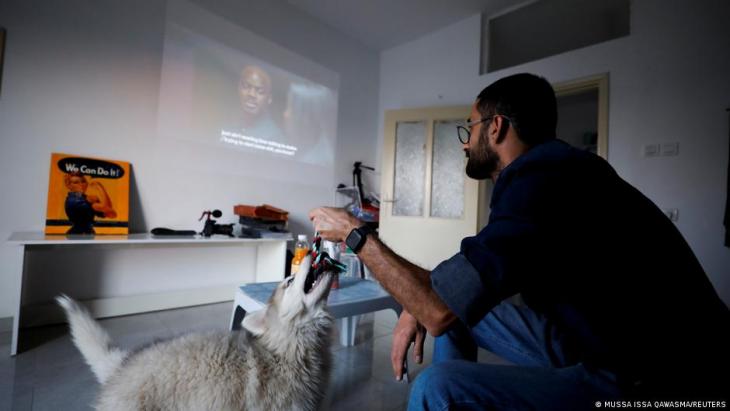 Netflix's new Palestinian collection, titled “Palestinian Stories”, is made up of 32 award-winning films that are either directed by Palestinian filmmakers or tell Palestinian stories, the company said in a press release on Tuesday. "The diversification of our content sits close to my heart as Netflix works to become the home of Arabic cinema," said Nuha El Tayeb, a spokesperson for Netflix

Netflix's new Palestinian collection, titled “Palestinian Stories”, is made up of 32 award-winning films that are either directed by Palestinian filmmakers or tell Palestinian stories, the company said in a press release on Tuesday.

“The diversification of our content sits close to my heart as Netflix works to become the home of Arabic cinema,” said Nuha El Tayeb, a spokesperson for Netflix.

Many of the films tell stories of Palestinian life in the Israeli-occupied West Bank and Gaza, territory Israel captured in the 1967 Six Day War and which Palestinians seek for a future independent state.

Before filmmakers, Palestinian musicians began reaping the benefits of streaming to a global audience after Spotify launched its music streaming service in the Middle East and North Africa in 2018.

Netflix has made the new collection of Palestinian films available to all customers, the company said.

Huda al Imam, an actress in the Oscar-nominated film "Ave Maria", which is also featured in Netflix's Palestinian collection, said it would expand the reach of Palestinian stories.

“Thanks to Netflix, now Palestinian stories and Palestinian life with its beauty and agony will be shown all around the world," al Imam said.

Millions in Idlib depend on aid coming through a northern border crossing. On 10 July, the UN Security Council votes whether to keep it open. The decision may hinge not only on ... END_OF_DOCUMENT_TOKEN_TO_BE_REPLACED

Although many Arabs express sympathy for the Ukrainian people, social media reveals a current of support for Russian President Vladimir Putin that is rooted in polarisation, ... END_OF_DOCUMENT_TOKEN_TO_BE_REPLACED

Bachtyar Ali sends the hero of his latest novel – "Mein Onkel den der Wind mitnahm" – literally flying. Jamshid is so thin after his years as a political prisoner that a gust of ... END_OF_DOCUMENT_TOKEN_TO_BE_REPLACED

The murder of a female student at Mansoura University in the Nile Delta has sparked a long overdue debate on femicide in Egypt. Karim El-Gawhary reports from Cairo END_OF_DOCUMENT_TOKEN_TO_BE_REPLACED

For a century, the Kurds and other minorities in Turkey have been subject to state repression. With his dissertation "The Kurdish Question in Turkey", political analyst Ismail ... END_OF_DOCUMENT_TOKEN_TO_BE_REPLACED

END_OF_DOCUMENT_TOKEN_TO_BE_REPLACED
Social media
and networks
Subscribe to our
newsletter