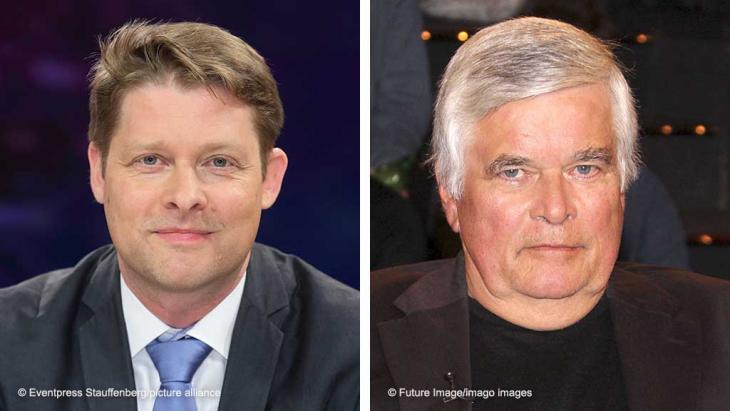 German Middle East analyst Guido Steinberg and television journalist Ulrich Tilgner have both published new books on the conflicts in the Middle East. Their analyses and their forecasts for the region could not be more different. By René Wildangel

Ulrich Tilgner made his name as a television journalist. Many German viewers will still recall his coverage of the U.S. invasion of Iraq in 2003 in particular, where he reported for the German public broadcaster ZDF from the famous/infamous Hotel Palestine. Tilgner, however, was not the flak-jacket war-reporter type. Nor was he a typical avuncular Orientalist. He always endeavoured to see past the thicket of misinformation and cliches – something that essentially applies to his books as well.

Now retired (though far from retiring), Tilgner has written a new book in which he takes a personal view of the whole region: Krieg im Orient – Das Scheitern des Westens (War in the Orient – the failure of the West).

So, is this yet another book on the Middle East that describes the USA's misguided policy and Europe's omissions? Tilgner makes it clear right from the preface that this is a very personal book.

He spent decades on the ground in the Middle East, witnessing and decrying the assertion of economic and political interests by military means, interest-led cooperation with dictators and corrupt regimes, the negative impact of arms exports to the region, and the failure to take responsibility for the consequences, particularly during the refugee crisis.

Dim view of the West 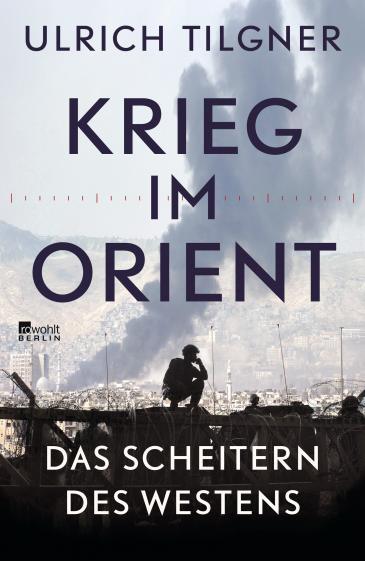 "A very personal book": Ulrich Tilgner aspires "not just to catalogue the failures that have been described so many times before, but to analyse the crises in the Middle East as an omen of a much-discussed turning point in global politics," writes René Wildangel. "However, large parts of this book, which covers almost all the conflicts in the region, fall short of that aspiration"

Tilgner takes a dim view of "the West" – by which he above all means the USA, the power that has dominated the Middle East in recent years with its disastrous interventions in Afghanistan and Iraq – although he does make an effort to remain objective.

The author formulates an aspiration not just to catalogue the failures that have been described so many times before, but to analyse the crises in the Middle East as an omen of a much-discussed turning point in global politics.

However, large parts of this book, which covers almost all the conflicts in the region, fall short of that aspiration.

The portrayals of the conflicts in Yemen, Libya and Syria, and the chapters on terrorism, the Arab Spring and the opposition between Iran and the U.S. work well as a concise overview.

However, the intention to go beyond the "merely descriptive level" is seldom realised. Here, the reader might have benefitted more from Tilgner's own experiences. This is particularly true of the country where Tilgner has such a wealth of experience to share: Iraq.

There will be negotiations, says Tilgner

Sometimes he arrives at prognoses that appear rather haphazard, given the scant analyses that precede them: he sees the rule of the Saudi royal family "under threat" and points to economic problems, but says far too little about the Kingdom's current political constitution and the role of its controversial crown prince, Mohammed bin Salman.

The discussion of Syria does not go into enough depth on the role of Russia and Iran, while the West's reconstruction strategy, which Tilgner is already anticipating as a way to win renewed influence in the country, is currently a distant prospect.

In the long term, he describes negotiations between Iran the USA as "probable". Such an optimistic prediction requires more thorough analysis than the mere claim that "both sides fear a war and want to avoid it".

The concluding chapter on the radical changes in global politics, which are also to be seen in the Middle East – the end of U.S. hegemony, the rise of China and the great questions of the age, such as climate change, the erosion of international law and the COVID-19 pandemic – would have served better as an introduction, providing a context for the subsequent analysis of the regional conflicts. Tilgner's hope that "the people in the Global South will summon up the strength to build a new future for themselves on the ruins of failed Western policies" could then also have been developed further. 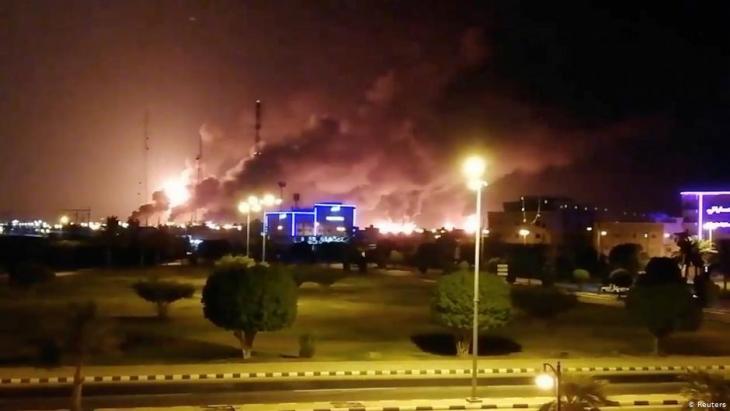 Guido Steinberg feels that despite the USA's past mistakes in the region, its withdrawal under Trump is bad news for the Middle East because the end of its protective-power status will add fuel to the conflict. Says Wildangel: "The Iranian attack on two oil-processing facilities owned by the Saudi company Aramco in Abqaiq and Khurais in September 2019, which initially drew no response from the USA, was a turning point in this respect." Pictured here: fire at the Aramco facility in Abqaiq in September 2019

Guido Steinberg, a seasoned Middle-East expert at the German Institute for International and Security Affairs (SWP), has written a book with a very similar title, Krieg am Golf – Wie der Machtkampf zwischen Iran und Saudi-Arabien die Weltsicherheit droht (War in the Gulf – How the power struggle between Iran and Saudi Arabia is threatening global security). To begin with, his title is more precise than Tilgner's: he focuses on the "core conflict" between Saudi Arabia and Iran, which has become a leitmotif of almost all the other players and conflicts in the region. It has thereby long since superseded the dominant conflict of past decades, the Israeli–Palestinian conflict. Ulrich Tilgner omits the latter completely, for the same reason.

But Steinberg also outlines the new alliances that have emerged, which have only found expression in recent treaties between Israel and the United Arab Emirates or Bahrain. Egypt and Iraq – powers that shaped the region so much in the past – have long since lost their influence and have allied themselves either to Iran or to Saudi Arabia.

In the first part of the book, Steinberg provides in-depth analyses of both hegemonic powers' recent history and internal structures. This detailed description gives readers an understanding of the sometimes complex upheavals in their domestic politics, and the perception of changing threat scenarios in the region.

The passages on central players and institutions, such as Crown Prince Mohammed bin Salman, the revolutionary leader Ali Khamenei, and Iran's Revolutionary Guard, are also helpful.

There will be war, says Steinberg 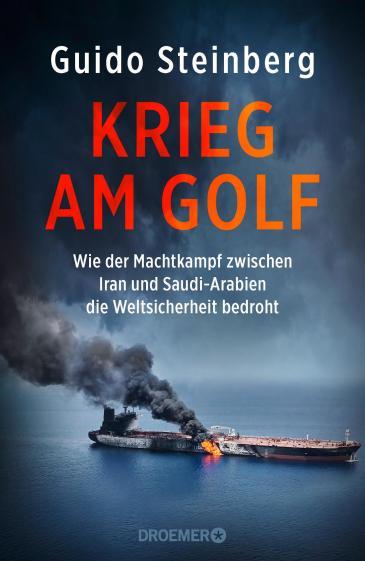 "Technically excellent and very readable": according to René Wildangel, "precisely because Steinberg's possibility of a 'War on the Gulf' is not a utopian horror scenario, it would have been interesting to know what instruments and policy options the author would recommend to avoid such a war"

In the second part of the book, Steinberg looks at the role Iran and Saudi Arabia are playing in the regional conflicts in Syria, Yemen and Iraq. His analysis is both knowledgeable and fact-based.

Such detailed and enlightening insider views from the "microcosm of Bahrain" since the Arab Spring, or the increasingly independent Qatar and United Arab Emirates, such as those found in this book, are certainly not to be found in great numbers on the book stands of German publishers.

It is a surprise, then, that Steinberg's book is published by Droemer-Verlag, whose list includes little else in the way of expertise on the Middle East, and features Hamad Abdel-Samad's sensational bestsellers on "Islam". But with Krieg am Golf they have brought out a technically excellent and very readable book, which gives a detailed and precise analysis of the current situation in the region, without taking on too wide a scope.

In the final part, Steinberg focuses on the global consequences of the tensions in the Gulf – and not just the USA's disastrous 2003 intervention in Iraq, but also the instability resulting from the Arab Spring that fuelled hostility between Saudi Arabia and Iran.

Steinberg also sees the USA's withdrawal from the region under Trump, as it shifted its interest more strongly towards Asia, as the most important geopolitical shift.

This, in the author's view, is bad news for the region, despite the mistakes the USA made there, because the end of its protective-power status will add fuel to the conflict. The Iranian attack on two oil-processing facilities owned by the Saudi company Aramco in Abqaiq and Khurais in September 2019, which initially drew no response from the USA, was a turning point in this respect.

Steinberg therefore ends on a very pessimistic note, in a chapter entitled: "The coming war between Iran and Saudi Arabia". In view of the failed nuclear agreement and a competition for nuclear capabilities on the Gulf, Steinberg sees sufficient potential for escalation.

From the Iranian leadership's perspective in particular, the possession of nuclear weapons would still be the most effective means of guarding against regime change from the outside. If this cannot be prevented by diplomatic means, he says, then a war can "scarcely be avoided".

Precisely because Steinberg's possibility of a "War on the Gulf" is not a utopian horror scenario, it would have been interesting to know what instruments and policy options the author would recommend to avoid such a war. The advice that, in the event of a military strike, Europe should "side with Washington and Tel Aviv/Jerusalem" seems rather fatalistic. A more important task would be to rethink the ways in which German and European policy might counteract the gloomy prospect of war.

Historian René Wildangel focuses on the Middle East, among other topics.

The rollout of coronavirus vaccines in the Middle East and North Africa is already taking place on a massive scale, with the United Arab Emirates leading the way. Nevertheless, ... END_OF_DOCUMENT_TOKEN_TO_BE_REPLACED

Saudi Arabia and its allies have agreed to set aside their differences with Qatar at a summit meeting of the Gulf Cooperation Council. The restoration of diplomatic relations ... END_OF_DOCUMENT_TOKEN_TO_BE_REPLACED

Ten years after the start of the Arabellion in North Africa and the Middle East, many view the movement as a failure. But rather than being over, it has now entered a more mature ... END_OF_DOCUMENT_TOKEN_TO_BE_REPLACED

A heated debate is raging in the Islamic world about whether the religious and political spheres in Islam are one and the same. Before this matter can be settled, the terms " ... END_OF_DOCUMENT_TOKEN_TO_BE_REPLACED

With Ramadan over and coronavirus hopefully on the wane, Bader Al-Saif takes a look at how divisions dating back to the June 2017 blockade of Qatar shaped the region's contrasting ... END_OF_DOCUMENT_TOKEN_TO_BE_REPLACED
Author:
René Wildangel
Date:
Mail:
Send via mail

END_OF_DOCUMENT_TOKEN_TO_BE_REPLACED
Social media
and networks
Subscribe to our
newsletter