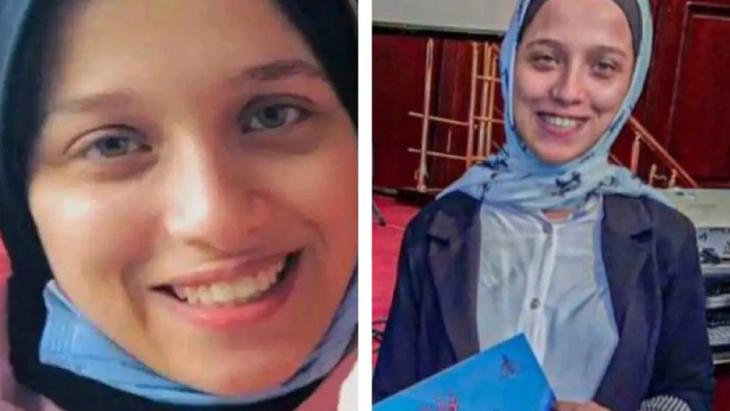 Egypt detained a male student on Wednesday on suspicion of murdering a female student who allegedly rejected his advances, after the second such campus femicide in two months, prosecutors said.

The suspect, from Zagazig, 60 kilometres north of Cairo, stands accused of killing his victim, identified only by her first name Salma, by "repeatedly stabbing her with a knife", a prosecution statement said.

Murder carries the death penalty in Egypt and the country sentenced more people to death last year than any other, according to human rights group Amnesty International. It was third highest in the number of executions carried out.

The latest killing revived memories of the June murder of student Naira Ashraf, stabbed to death in front of her university in Mansoura, 150 kilometres north of Cairo. After convicting and sentencing to death her killer, Mohamed Adel, the court called for changes to the law to allow executions to be broadcast live as a deterrent to others.

Capital punishment in Egypt is rarely carried out in public or broadcast. In a rare exception, state television broadcast the execution of three men in 1998 who had murdered a woman and her two children in their Cairo home.

There was widespread outrage on social media over the latest killing, but some users suggested the victim was at fault for befriending a male student.

"Salma was murdered simply for being born a woman in a misogynous society," one user said.

"So long as there are sympathisers out there who make excuses for the perpetrators of these crimes, they will continue," said another in response to a user who criticised the victim.

Conservative interpretations of Islam in Egypt have contributed to severely limiting women's rights. Women report being targeted by routine violence with little legal redress. Nearly eight million Egyptian women were victims of violence committed by their partners or relatives, or by strangers in public spaces, according to a United Nations survey conducted in 2015.

Her husband, a senior judicial official, was arrested following a tip-off from an accomplice who confessed to taking part in the crime, according to the prosecution.

In March, a teenager was sentenced to five years in prison over the suicide of a schoolgirl after images of her were shared online.    (AFP)

More on this topic
Femicide in Egypt: "If you say no, you'll be in trouble"Emancipation in the MENA region: The patriarchy is crumblingWomen in Egypt: The long and bumpy road to gender equality
Home
Print
Newsletter
MoreAll Topics

END_OF_DOCUMENT_TOKEN_TO_BE_REPLACED
Social media
and networks
Subscribe to our
newsletter